Now is the time to engage Iran on human rights

On International Human Rights Day, the United Nations Special Rapporteur on the Situation of Human Rights in the Islamic Republic of Iran, a former Maldivian foreign minister, is ready to work with the government of Iranian President Hassan Rouhani for the benefit of Iran’s citizens. 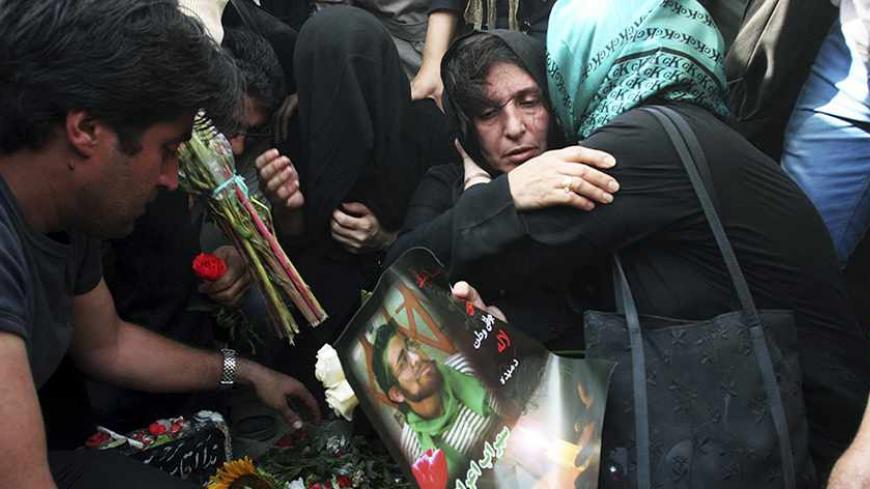 Relatives of Sohrab Arabi, a victim of recent clashes, hold his picture as they cry over his grave at Tehran's Behesht-e Zahra cemetery, July 30, 2009. - REUTERS 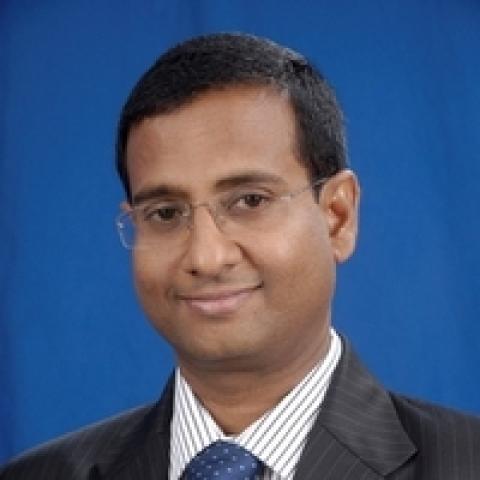 On Dec. 10, the United Nations and its members will celebrate Human Rights Day in observance of the 65th anniversary of the presentation of the Universal Declaration of Human Rights, which reaffirms “faith in fundamental human rights” and “in the dignity and worth of the human person." At times, the values of the Universal Declaration seem so self-evident, making it easy to forget that they are not self-enforcing. Other times, we are reminded that millions of people around the world live in oppression, deprived of basic rights or otherwise living in fear. The fact is that no single measure or one person’s action is enough to bring about change when law and practice in some countries leave their own people despondent or persecuted. Indeed, it requires the whole international community to address such chronic human rights concerns.

I hold this fundamental belief not solely in my capacity as the UN Human Rights Council’s expert on the human rights situation in the Islamic Republic of Iran but also from my past experience as a foreign minister of another Islamic country. When I was in government in the Maldives, international attention further strengthened political will in the country to sign and ratify international human rights conventions, inviting the Office of the High Commission on Human Rights to open a local office to monitor the situation and progress on the ground, which ultimately led to the Maldives becoming a member of the UN Human Rights Council. In 2007, shortly after a UN expert visited the Maldives and called for an end to gender discrimination within the country’s judiciary, the first-ever female judges were appointed. In 2008, the Maldives held a free and fair election, ushering in a former prisoner of conscience as its first democratically elected president in 30 years.

However, diminished international attention coupled with political instability resulted, unfortunately, in a series of stalemates and indecision about legislation aimed at further improving human rights and strengthening democracy in my country. This is precisely why the kind of sustained international attention that I advocated for and welcomed during my time in the Ministry of Foreign Affairs can help better the situation in other countries, such as Iran, today.

During the October presentation of my latest report to the UN General Assembly, I argued that recent changes in Iran, including the clear change in the government’s willingness to engage and work with the international community in some areas, represents a real opportunity to address human rights in the country. I also tried to make clear, however, that this change in tone is reason to maintain — and in no way dim — the international spotlight on the country and redouble our efforts to engage on human rights.

That is because an international spotlight — although often seen in a negative way, as a way of punishing a country — can and often does have precisely the opposite effect: It can act as a boon to those seeking positive change and a spur for transforming words into action, as it did in the Maldives.

I draw this conclusion from firsthand experience. As foreign minister, I grew to appreciate that change does not happen overnight, that reforming laws takes time and reforming practices takes even longer. I am cognizant of the fact that two steps forward can often be complemented by one or more in reverse, as those averse to positive change reassert themselves or as reforms start to lose steam. I am also witness to the fact that the impetus for change is driven by a myriad of actors, domestic and international, and that their constructive and sustained engagement is necessary for effective and enduring reform.

This is why every nation in the community of nations must maintain its attention and keep urging that steps be taken to strengthen the promotion and protection of human rights. We must also continue to offer to work with those inside countries who want change, especially members of the government.

But it is equally true that the international community can only do so much. For instance, it is now important in Iran for steps, even small steps, to be taken, for ordinary Iranians to see the positive signals and statements by President Hassan Rouhani's government translated into concrete and tangible improvements. The truth is that the human rights situation in Iran remains of deep concern, and it is thus important for words to be accompanied by actions, both to create trust and to generate momentum.

International human rights law is governed by a series of conventions and other instruments. Once a country becomes a party to a convention, it is legally obligated to respect those rights and must ensure that its national legislation is compatible with the promotion and protection of the rights specified in these conventions. Iran is a party to five of the nine “core” human rights conventions.

The Rouhani administration will undoubtedly need more time to produce measurable and sustainable reforms. Many of Iran’s human rights violations are deeply rooted in law and state practice. In all of this, the international community has a vital role to play. For my part, and in accordance with my UN mandate, while I continue to document human rights violations, I remain ready to work with Iranian authorities to better the situation for the Iranian people.