Hamas finds itself in one of its lowest points ever, abandoned by Cairo, Tehran and Damascus and forced to keep a quiet border with Israel. 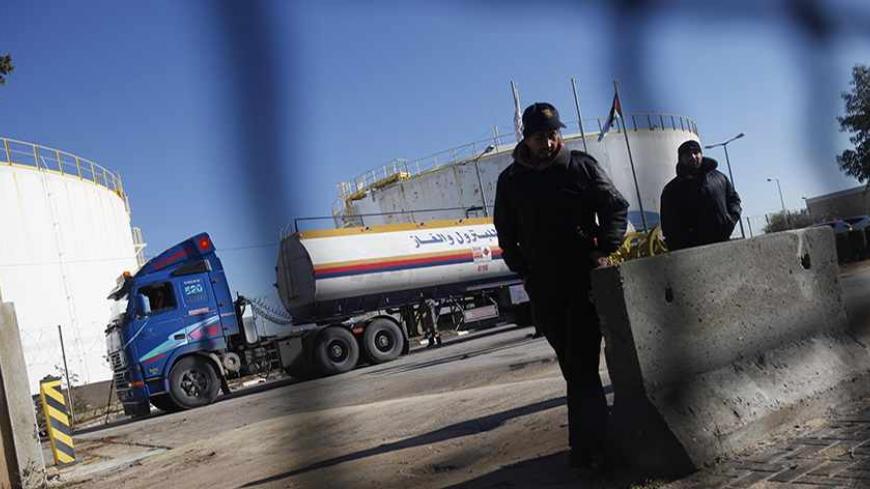 Despite the relative quiet, Israel keeps a very watchful eye on Hamas. The security assessments in Israel place Hamas at one of its most serious nadir points. High-ranking Israeli security officials quote what Hamas militants are saying in closed forums: “We have moved from growth to survival mode.” Hamas focuses squarely on surviving and holding on to power. It desperately attempts to improve the economy, urgently seeking new diplomatic, logistical and military support because all its other crutches — Egypt, Syria and Iran — snapped almost simultaneously.

Earlier this week, a senior and seasoned Israeli security official analyzed Hamas’ situation, describing it in almost historical terms. “Until recently, Hamas spoke with pathos and conviction about achieving the goal 'in our time,'” he observed, “but ever since Egyptian President Mohammed Morsi was ousted and the Muslim Brotherhood was banished from power in Egypt, this has become a whole new ball game. Almost overnight, the momentum has switched into defeat, the euphoria dissipated and replaced by concern verging on panic.”

Several months ago, an Israeli security official talked with a senior Hamas militant jailed in Israel. The militant, the official recounted, spoke about the goal that would be imminently achieved. People will see that “Islam is the solution” and that the Muslim Brotherhood will take over the Middle East. The incarcerated Hamas militant drew his encouragement from the Muslim Brotherhood's taking over in Egypt — the largest and most powerful Arab state — and that it also reigned in Turkey. Syria is undergoing a radical Islamic rebellion, and the Islamic noose is getting increasingly tighter around the last bastions of resistance in the Middle East. Hamas has a strong grip on the Gaza Strip while Palestinian Authority Chairman Mahmoud Abbas (Abu Mazen) continues to lose both his grip and his popularity in the West Bank. Life seemed good and more promising than it had ever been.

Shortly thereafter, Morsi was toppled and the Muslim Brotherhood was booted out of power in Egypt. Just like that, in one stroke, the momentum came to a screeching halt.

“At present, neither the Muslim Brotherhood nor Hamas are able to fathom what has happened to them; how the high and mighty have fallen,” Israeli officials are saying. Analysts monitoring the Islamic movements in the region note that religious movements ascribe historic importance to keeping the momentum alive. When you are on the rise, making conquests and expanding, you gather confidence, faith, supporters and clout. When the tables start turning, events can quickly snowball. This, according to Israeli security officials, is precisely what’s happening to Hamas in the Gaza Strip and to the Muslim Brotherhood in Egypt, and having an overwhelming impact across the entire Middle East.

The inceptive signs are evident in the two Palestinian branches at Israel’s sides. Gaza is wavering and Hamas is under siege. The economy is plummeting and the folks feel disgruntled. By contrast, in Ramallah — Abu Mazen’s hub — life appears to be better. The diplomatic negotiations add to the prestige of the Palestinian president. The economy is reasonable, and there is broad international support and backing for the Palestinians there. The Palestinian Authority has a logistical infrastructure in place as well as alternatives and options.

Hamas, Israelis contend, has lost everything it had. Egypt was the patron, the backer, the insurance policy of Hamas leaders in the Gaza Strip. The situation surfaced overnight. At present, Egypt defines Gaza and Hamas as the “enemy.” According to one of the assessments, Hamas leaders are confined to the Gaza Strip. For fear of being refused, they do not ask the Egyptian authorities for exit permits to hold meetings abroad. “They are trapped in their own sewers,” Israelis are saying. “This is something they understand perfectly.”

If until recently Hamas received backing from Damascus, by now this has become a thing of the past. Hamas leaders wholeheartedly left Damascus because they knew that they could replace it with Cairo. When Morsi was in power, Cairo welcomed them. No more.

If the deputy head of Hamas’ political bureau Mousa Abu Marzouk, the head of Hamas’s political bureau Khaled Meshaal and Hamas Prime Minister Ismail Haniyeh want to hold a summit meeting, where will they do it? They’ve got no place to do it, Israeli officials note. Even Tehran is locked up in the wake of what happened between Hamas and Syria. Once a staunch Hamas supporter, Qatar realized that this would push Egypt and the United States away, so it decelerated its engines. Hamas finds itself panhandling, scraping the bottom of the barrel, but it usually gets turned away. This is a new state of affairs for the organization, something it has not experienced for years. This is a situation where everything is being harnessed toward a survivability mode and for preserving whatever the organization has — that is until the storm blows over. That, however, will take time.

Furthermore, Hamas does not have an ace in the hole. It has no strategic assets for a rainy day. Such an asset, for example, used to be the kidnapped Israeli soldier Gilad Shalit. If Hamas had another Israeli soldier in captivity, things would look different. But it doesn’t. That’s the reason why Hamas devotes all its resources to carrying out such an effective kidnapping. To this end, it digs those long, cutting-edge tunnels into Israel’s hinterland. Every such tunnel, Israel estimates, is dug with an investment of hundreds of thousands of dollars. Hundreds of laborers take part in the work. Immense concealment and intelligence efforts are being made, despite the knowledge that the tunnel would serve for a one-off operation and that it is highly likely it would be unearthed well before being used.

And yet Hamas keeps on digging because it has no other way of generating assets that would get it out of the deadlock, Israeli officials opine.

Having sealed the contraband tunnels and imposed a real blockade on the Gaza Strip, Egypt confined Hamas members to Gaza, effectively breaking the backbone of Hamas’ economy, which relied on the tunnels. Cairo has turned Hamas leaders in Gaza into “prisoners on parole.”

The Egyptian activity has also had a strategic impact on Hamas’ buildup endeavors. When there is no smuggling, all the organization can do is to invest most of its efforts into improving and streamlining its self-production capabilities. This is where Hamas has made significant strides, Israeli officials note. The organization owns rockets that cover the whole of the Tel Aviv metropolitan area. It has also developed significant anti-aircraft capability, while working on developing unmanned aerial vehicles (UAVs), which — for the time being — are still primitive and embryonic. These means notwithstanding, Hamas cannot use them at the moment because it is deterred. If it does launch any strike against Israel, the latter will find it very easy to retaliate and deal a serious blow, while enjoying international backing as well as seeing Egypt’s schadenfreude and tacit agreement. Thus, for the time being, Hamas exercises constraint due to weakness. Instead, it uses proxies in the Sinai Peninsula to mount attacks against Egypt and Israel without leaving any fingerprints that would imperil the masterminds in the Gaza Strip. This is Hamas’ saving grace.

This is a pinpoint analysis of the current strategic situation between Egypt, the Gaza Strip and Israel. From an Egyptian standpoint, quiet on the Gaza front is imperative to continue the efforts to curb terrorism in Sinai while consolidating the regime ahead of the elections and containing the Muslim Brotherhood with the least amount of violence as possible.

Even Israel has to be satisfied. Playing for time, it becomes addicted to the quiet. And when there is quiet that seems relatively stable, there’s no room for complaints. Hamas dug its own hole, Israeli officials are saying. And the most important thing that’s happened, they add, is that Hamas looked southward and saw how the masses brought down an Islamic regime, which they did not like and which did not improve their life.

Hamas would only halfheartedly admit this, but it is very scared that it will be the next victim of this so-called “Tahrirocracy” — a power that’s claimed at city squares — also known as the Arab Spring. The organization will do anything to ward off a similar fate.