In an interview with Al-Monitor, Amos Gilad, director of the diplomatic-security bureau of the Israeli Defense Ministry, claims that Iran's acceptance of the recent nuclear deal is just a ploy to continue developing nuclear capabilities. 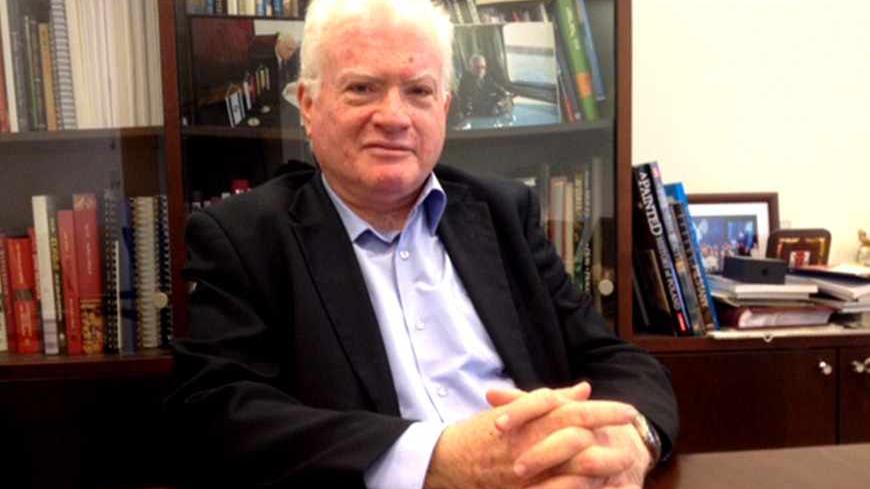 Maj. Gen. Amos Gilad (ret.), director of the diplomatic-security bureau of the Defense Ministry, is convinced that Iran has not decided to abandon the military component of its nuclear program. According to him, the deal is one big exercise in deception by the Iranian regime.

Gilad, who formerly headed the research division of the IDF’s Intelligence Corps, thinks that Iran came out the winner in its negotiations with the world powers, and that this is a bad outcome not only for Israel, but for the stability of the entire Middle East and the free world in general.

In an interview with Al-Monitor, Gilad explains why he thinks the agreement is dangerous, and why no one should be taken in by the “smiling diplomacy” of Tehran. To make his case, he offers several public statements by senior Iranian officials about their goal of obtaining nuclear weapons — even after the agreement was reached.

Al-Monitor:  Amos Gilad, is there nothing good in the Geneva accord?

Gilad:  You always have to know what the nature of the regime we’re talking about is. I’m a big believer in the idea that if the regime appears shady, then apparently it is shady. The Iranians don’t hide it. I’m also a big believer in that when it comes to shady regimes, we should learn everything we can from history. So, we cannot assess the agreement in isolation from the Iranian regime.

Gilad:  It is important to look at the whole picture. We are dealing with an evil, violent regime that hangs people in the street for no reason. They have terrible prisons there. This is the regime that founded Hezbollah. What we have here is a long arm of terrorism, with 100,000 rockets. Khamenei, the country’s supreme leader, relies on the very brutal force of the Revolutionary Guard Corps. It is impossible to even begin to discuss any agreement without starting to talk about who they are.

As far as they are concerned, Israel has no right to exist. They keep repeating that, and I believe every word they say.

I also look at what they’re doing, or in other words, their actions. There is nowhere they don’t reach. It is simply a power that deals in terror and wants to become an empire of evil in the Middle East, and the way to do this is by combining the regime’s motivation — until 2000, they didn’t have a single missile that could reach Israel, and now they have hundreds of them and are developing missiles with a 10,000 km range, which would make them equivalent to the United States — and its determination to obtain nuclear bombs that they could attach to these missiles.

Al-Monitor:  So the negotiations are all a show?

Gilad:  The Iranian regime is influenced by only one thing: a threat to its very existence. That’s what happened in 2003, when the Iranians thought that the United States would expand the operation, which then seemed successful, from Iraq to Iran. That is also what is happening now, when the sanctions are proving themselves. There has been a decline in the export of oil; salaries and the currency have no value because you cannot buy anything. In [former Iranian President Mahmoud] Ahmadinejad’s days, it was easier to understand their intentions. He helped us understand that Iran was dangerous because he exuded hatred.

Once the regime realized that it was at risk, it took the most successful man in Iran, someone well known from the last round. He was the person who wrote in his book that sometimes it is necessary to drink the bitter dose, to make what are ostensibly concessions as long as strategic progress is maintained. In other words, let’s assume that the president of the United States says, "We will not tolerate nuclear weapons," and then the Iranians respond, "We don’t want nuclear weapons," but they develop the infrastructure for nuclear weapons, which will enable them to cross the Rubicon.

It’s like someone who wants to jump to a height of 2 meters. It’s hard for him to do it from ground level, so he builds himself a ramp that’s 1.8 meters high and then jumps.

Al-Monitor:  But we’re talking about an interim agreement. They have to prove that they are serious until a permanent agreement [is reached].

Gilad:  That’s the mistake. As soon as you reach an interim agreement, it can be extended later for another six months. Then what happens? As soon as I stop the momentum [of sanctions against Iran], the consensus is cracked. It’s like a wall with cracks. The wheels of economy start spinning again.

Al-Monitor:  So it’s an exercise in deception?

Gilad:  Of course. They have missiles, they have military research for the project and they have resources. The men of the Revolutionary Guard are in control of all of this. They invest constantly in defensive measures. What we see here is a military project being conducted by a very dangerous regime, and that combination creates a very significant danger.

Furthermore, why do they need to enrich uranium? They can buy a reactor from France and have as much electricity as they want. There’s another bluff here: They want to climb down from the economic rope and slowly build up the capacity that will enable them to burst forward quickly when there is a major event like presidential elections, a large earthquake or some other natural disaster.

The first intelligence assessment dates back to the early 1990s, and nothing has changed since then. They are intent on obtaining nuclear weapons.

Al-Monitor:  Were you surprised by how effective the sanctions were?

Gilad:  What was surprising was how seriously the sanctions were implemented by the leaders of the United States and Western Europe. It turns out that when they do act, it is very hard to stand up to them, because they wield enormous power.

Al-Monitor:  So diplomacy proved itself.

Gilad:  Not yet, because as far as the Iranians are concerned, they have not conceded on anything. They did not concede on the right to enrich uranium, they have the missiles and as for the components of the weapons, no one is touching them. What I say about this is that what you freeze, you can also defrost, but if you have nothing, then you simply don’t have it. To judge by how they are grinning from ear to ear, this is an enormous achievement as far as they are concerned. They look very happy to me because they are keeping their eyes on the strategic objective, and it was not harmed.

What this means is that if Iran has the option of obtaining nuclear weapons, the Saudis are constantly hinting that they will realize their own option to obtain nuclear weapons, apparently from Pakistan. The Egyptians have said the same thing in the past, and the Turks will not be left behind. It doesn’t seem to me like the Arabs, at least as far as I know them, will agree to the presence of a nuclear power here.

Al-Monitor:  Is our situation worse than it was at the beginning of the sanctions?

Gilad:  Yes, because the agreement caused cracks in the wall. We retreated without them having retreated, and they will do all the maneuvering necessary to expand those cracks.

Al-Monitor:  How capable are we of preventing this after the deal was signed? What should we be doing?

Gilad:  Evil Iran has not changed one iota of its character. Khamenei cursed Israel and called for its destruction, but there were hardly any reservations over what he said. How is it possible for them to preach the destruction of Israel during the negotiations, and for them to face no consequences? What that shows quite clearly is the character of the regime. We need to say that, because it’s not only our problem.

If the Arab states are armed with nuclear weapons and this world becomes unstable, that would provide an umbrella for terrorism. Hezbollah can employ the rockets, and the entire Middle East will sink into terror. It will also lead to radicalization within the Arab world, because if people who use brute force succeed, it has an impact.

The Arab states will not agree to a nuclear Iran, so all the Arab states will obtain nuclear weapons of their own. There will be unrest in the street, and it will be even more violent. In the end, Europe will be threatened too. It’s always like that.

Al-Monitor:  Did the agreement surprise Israel?

Gilad:  I have a hard time answering that question. We weren’t surprised, but I don’t want to go into more details.