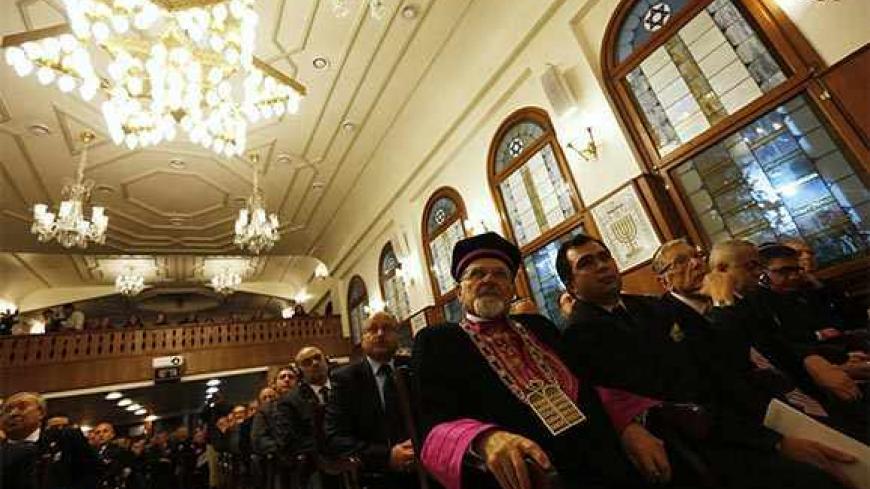 Rumors that Jewish families are leaving Turkey have been making the rounds for a long time now, but as relations between Turkey and Israel deteriorate, those rumors are slowly becoming facts. Turkey’s Jews interpret the hostility to Israel they hear day and night from Prime Minister Recep Tayyip Erdogan and Foreign Minister Ahmet Davutoglu as a personal attack against them. The change in mood and in Turkish public opinion as a result of those leaders’ anti-Israeli policy can be felt by the local Jews on a daily basis. Turkey's Jewish community has thrived for decades, but it now feels that its future can no longer be assured.

Until very recently, the leaders of the community boasted that there were never any open manifestations of anti-Semitism in modern Turkey, or in the Ottoman Empire for that matter. Jews not only enjoyed religious freedom, but maintained a relationship of camaraderie and friendship with the Muslim population. Many Turkish Jews remained in the country even after the wave of immigration to Israel in the 1950s. They regarded the country as their homeland and planned their futures there. But recently, all that has changed. As of now, the heads of the Jewish community are struggling to conceal their deep concern that within just a few years, nothing will remain of Turkey’s glorious Jewish legacy, which flourished throughout Turkey's history. More families leave every week in search of a safer future for their children elsewhere.

When I called a few families that I once knew, my contacts immediately denied that there was any atmosphere of anti-Semitism in the country. One of them, "S," told me at the start of our conversation, “If you want details, talk to the Israeli Embassy. I assume that they can tell you more and give you precise figures.” It was only after I promised not to mention his name that he sighed in despair and told me that his daughter and her husband had immigrated to Israel with his grandchildren less than two weeks prior. They felt that there was no future for their children in modern Turkey.

“And what about you?” I asked.

“I have a business here. I’m not afraid. I can’t tell you that there’s anti-Semitism here, either, but I can say that it’s not like it used to be.”

Other families that I spoke with told the same story. It’s not easy being Jewish in Turkey today, and it can be frightening to talk about it in public. The Jewish community of Turkey now numbers fewer than 20,000 people. Most of them live in Istanbul and have their own businesses. The Istanbul community has two large synagogues, Neve Shalom and Beit Yisrael, which were turned into well-guarded fortresses after they were targeted in terrorist attacks about a decade ago, when Al-Qaeda detonated car bombs outside each. But while those incidents provoked dire concerns among the local Jewish community, it did not make people consider leaving.

A major milestone in the deterioration of the relationship was the May 2010 sailing of the Turkish flotilla to the Gaza Strip. Nine passengers aboard the Turkish Mavi Marmara died after a violent clash with Israeli Defense Forces troops. Ever since then, the relationship between Ankara and Jerusalem has deteriorated at a steady pace, and this can be felt on the ground. The diplomatic sparring has not been limited to the relationship between the two countries in the international arena. The mood on the street has changed as well. While this has not been expressed in attacks against Jewish property or persons, there is a feeling of distrust. The spirit of coexistence that survived in Turkey for five centuries or longer has been broken. Many members of the Jewish community have started to feel as if they don’t belong there, or even as if they are not wanted.

Most of the people leaving for Israel, the United States and Europe are young families. Older and veteran members of the community are not considering leaving. The Jewish Agency plays a prominent role in encouraging immigration to Israel now, though the people I spoke with told me that most of those leaving prefer to go to the United States or the more affluent countries of Europe. Others are still waiting to see what happens. They can always go to Israel, they say.

According to S, the rate of departure is higher among more affluent members of the community, who have the economic resources to allow them to build their future somewhere else.

“What would I do at my age?” S asks me. “Who would hire me? What kind of business could I start in Israel? It’s the young people who are leaving. They are checking things out to see if there is a brighter future waiting for them there.”

Despite all that, not every member of the Jewish community is willing to raise their hands in surrender to the mood created by Erdogan during his time in office. A few people, young and old alike, argue that they have to fight for their rights instead of erasing the achievements of a centuries-old community overnight, in a moment of desperation. They share this message in their blogs and in fliers that they distribute to worshipers in the synagogues every Sabbath. But they are just a minority within a concerned community. Everyone, without exception, can read the diplomatic map, and they all agree that, regretful as it is, it will take a long time to repair what Erdogan managed to destroy in just a few years.

Is this the beginning of the end for Turkey’s glorious Jewish community? It’s hard to tell, but it certainly is the end of a beautiful friendship.