Turkey’s energy initiatives with the Kurdistan Region of Iraq are not likely to jeopardize a possible warming trend in Ankara-Baghdad ties. 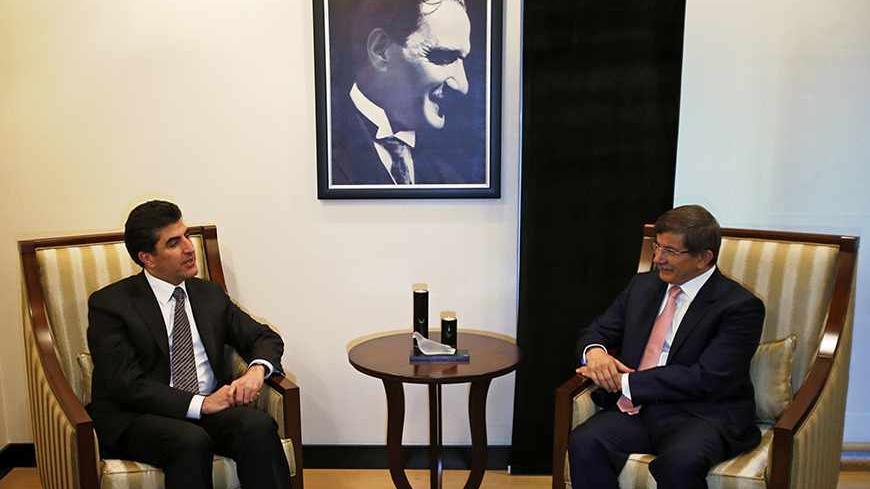 It is no secret, thanks to frequent leaks to the media, that energy cooperation between Turkey and the Kurdistan Regional Government (KRG) is continuing apace. This, however, has not broken the determination by both sides to maintain a low-key position on the subject. The sensitivity is due to strained ties between Baghdad, Ankara and Erbil over a number of issues, including the exploitation of northern Iraqi oil and gas.

The KRG has been demanding an independent say over the gas and oil in its region, arguing that Baghdad has not honored its pledge to give the Iraqi Kurds their rightful share of Iraq’s oil revenues. Baghdad denies this and has declared the KRG’s stance illegal and dangerous in terms of Iraq’s territorial integrity.

Baghdad has also accused Turkey of endangering Iraq’s territorial integrity through separate energy deals with the KRG, and has US support on this point. This, however, has not prevented energy cooperation between Turkey and the KRG. Turkish officials say if the United States is concerned, it should first convince the American oil giants Exxon and Chevron, who have also signed deals with the KRG.

An exclusive Reuters report this week, citing unidentified official sources, also showed that Turkey and the KRG are pushing ahead with “a comprehensive package of deals” in the energy field. This package, reportedly agreed on during last week’s visit to Istanbul by KRG Prime Minister Nechirvan Barzani, includes multibillion-dollar oil and gas pipelines between Turkey and northern Iraq.

According to the Reuters report, these will enable the KRG to export some 2 million barrels per day of oil to world markets, and at least 10 billion cubic meters of gas to Turkey annually when completed. The first pipeline is almost ready and should be pumping oil by the end of December. The next stage will be to pump northern Iraqi gas by pipeline as of December 2016. The technical details for a pipeline that will carry heavy oil between northern Iraq and Turkey are also said to have been mapped.

Turkey is dependent on Russia, Iran and Azerbaijan to fuel its growing economy. It also imports liquefied natural gas from Nigeria and Algeria. The KRG’s vast reserves provide a new and cheaper source of energy that planners in Ankara cannot overlook.

Iraqi Prime Minister Nouri al-Maliki's government remains strongly opposed to all agreements arrived at independently from Baghdad. It was interesting therefore that Nechirvan Barzani’s visit to Istanbul last week came only days after talks between Turkish Foreign Minister Ahmet Davutoglu and his Iraqi counterpart, Hoshyar Zebari, in Ankara on Oct. 25.

Those talks were designed to maintain the momentum in recent efforts to break the ice between the two countries following a period of tension during which Iraq accused Turkey of meddling in its affairs and destabilizing the country. Ankara in turn has been accusing the Maliki government of oppressing the minority Sunnis, and has US support on this point. Tensions have also been fueled by different positions on Syria.

Davutoglu will visit Baghdad at the end of this month. There is also talk of visits by Turkish Prime Minister Recep Tayyip Erdogan to Baghdad and Maliki to Ankara in the near future. Some diplomats in Ankara wonder if news of the energy deals clinched between Turkey and the KRG will unravel this attempt at rapprochement between the Erdogan and Maliki governments.

The Maliki government is aware of the growing energy cooperation between Ankara and Erbil and still appears keen to patch up differences with Turkey. Meanwhile, the KRG and Baghdad have also been trying to patch up their differences, following a “seven-point agreement” signed in April in Baghdad by Nechirvan Barzani and Maliki.

The agreement proposed, among other things, the forming of a committee to draft a law on oil and gas and a law on the distribution of these resources. The committee is also supposed to work on a draft law setting the administrative borders of provinces. This is a crucial issue for both sides, given their long-standing dispute over the oil-rich city of Kirkuk, which has brought them the brink of conflict.

The signing of this agreement was followed up with a rare visit by Maliki to Erbil in May and by KRG President Massoud Barzani to Baghdad in July. The agreement, however, still awaits implementation, signaling that full normalization is yet to be secured.

Turkey also supports the agreement and Turkish officials have told Al-Monitor that contrary, to what is being claimed by some quarters, Ankara stands behind any step which enhances Iraq’s territorial integrity and stability. This is not mere rhetoric either, since Iraq’s dissolution as a unified state would cause serious headaches for Turkey which is already dealing with the fallout from Syria. Regional developments are pushing Ankara, Erbil and Baghdad into a more cooperative mode despite the unresolved issues among them.

Despite the relative stability in northern Iraq, and the oil wealth which is transforming the region, analysts point out that the situation is not as rosy for the Iraqi Kurds as might appear at first glance. For one thing, there is the point made by Denise Natali in her Nov. 4 article for Al-Monitor under the telling title, “How independent is the Iraqi-Kurdish pipeline to Turkey?”

As Natali indicates, the Kurdish pipeline will be autonomous in some ways because it lies within Northern Iraq, and is also controlled by the KRG and linked to a Kurdish controlled metering station. But despite this it will still have to connect to the existing Iraqi-Turkish pipeline to transport Kurdish crude to Turkey’s Mediterranean port in Ceyhan and to international markets.

This shows that Baghdad will be in the picture on way or another, at least in terms of the first oil pipeline between Northern Iraq and Turkey. The question, therefore, is not so much whether the KRG will be independent in exploiting its energy resources, but why it is going ahead with this pipeline knowing it will not be fully independent from the federal government.

The flip side to the question is why Baghdad is opting for a thaw with Ankara, even though it is aware of the growing energy links between Turkey and the KRG. This is the Middle East, of course, where not everything progresses along expected or logical lines.

This does not mean, however, that pragmatism does not exist.

Turkey, Iraq and the KRG are not immune to the Syrian crisis, which continues to provide a fertile breeding ground for al-Qaeda-related groups. Jabhat al-Nusra, the largest of these, is an enemy for Kurds and Shiites alike, and the source of a number of security concerns for Turkey. Denise Natali is right to indicate that Ankara’s unwillingness to further undermining Iraqi sovereignty is influenced by geopolitical trends and in particular the intractable Syrian crisis.

The same holds for Baghdad, which is already suffering the negative fallout from this crisis on a daily basis. The KRG, for its part, knows that without Turkey it has no way out for its oil and gas other than Iraq. It is also aware that normalization between Ankara and Baghdad is inevitable, sooner or later. This “trilateral interdependence” is forcing reconciliation.

There are many, of course, who say Erdogan, Maliki and the Barzani family are merely politicking here because of upcoming elections or various domestic difficulties. Once the smoke screen clears, they say, little will be seen to have changed. But with strategic resources like oil and gas — which are also potential sources of conflict — on the one hand, and growing security concerns due to Syria on the other, this appears too cynical a view.

It also overlooks the pressures Washington is exerting on the three capitals — over which it has varying degrees of influence — to work out their differences, especially now that the Obama administration has decided to take a proactive role in the Middle East.