The coming three battles of the Syria war

Will Geneva II or three battles determine the course of the Syria war? 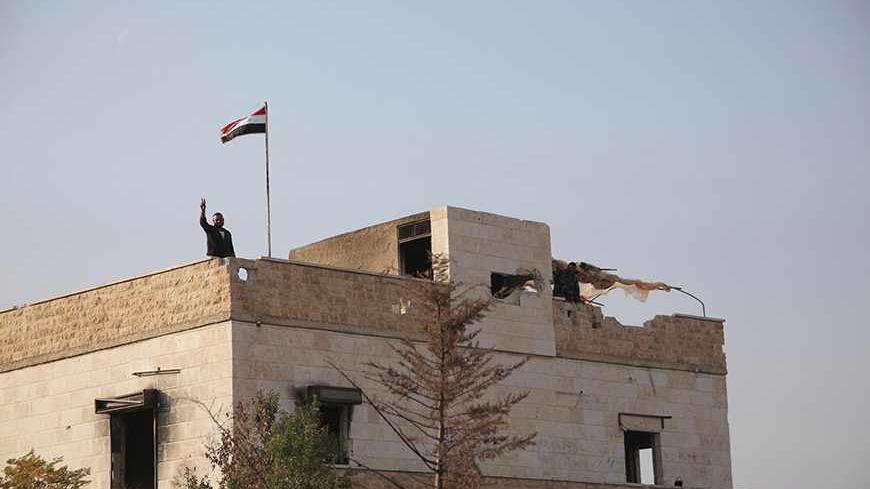 After the peaceful protests phase came the phase of the militarized opposition in the form of a series of limited and scattered actions that were more symbolic than having an actual effect on the ground. Because of this, no serious observer considered their repercussions despite the apparent belief that the Syrian crisis would continue in various forms.

Then, the Syrian opposition started receiving funding and arms from the outside. This is what turned the Syrian crisis into a bona fide military conflict, which, however, remained governed by external and internal power balances. Despite the intensification of the fighting, which has taken the form of a real civil war, the military factor remained secondary in determining Syria’s fate.

In this context it seems that, in the next few days, the military map in Syria will open up on three fronts, all of which can significantly influence the fate of the crisis. More important, all three are linked to foreign political dimensions, which will help in understanding what is happening both on the ground and politically.

The Syrian army becoming engaged on the ground in any of the three fronts may carry a special political meaning and send a specific message to a certain external party, according to the following three-part equation:

The Aleppo front: One of the biggest Syrian fronts and the largest battle between the two sides, it is also where the military balance is tipping in the Syrian army’s favor, especially after the latter captured Safira in early November. Safira is to Aleppo what Qusair was to Homs: A strategic location controlling an extensive network of communication and supply routes and a “capital of jihadists” with the biggest gathering center for Sunni fundamentalists and extremists at Aleppo’s southeastern entrance — just as Qusair was at the southern entrance of Homs and its environs. Therefore, after Safira’s capture, some estimated that the Syrian army would start a fight to control Aleppo, just as it did with Homs after Qusair’s fall on June 5.

However, the Aleppo battle has an external dimension that is more important than the military details. Waging this battle means that the Syrian army is entering in direct contact with the very hot and sensitive Turkish border. Such a battle also has other dimensions and more complex political meanings. If the Syrian army fights in Aleppo — and thus comes in direct contact with the Turks — it may indicate that Ankara has decided to dial down its involvement in the Syrian crisis or at least back away from its absolute support for the Syrian opposition.

Many things point to that possibility: Erdogan’s long silence about the situation in Syria, in contrast to his fiery speeches over the past two years; the Turkish openness toward Baghdad, Damascus’ direct ally; and the supposed coordination between Ankara and Doha, while Qatar sends positive messages to the Syrian authorities. In short, the outbreak of the battle of Aleppo suggests some kind of Syrian-Turkish agreement, which alone may result in a decisive end to the Syrian conflict.

The Qalamoun front: Hugging the Lebanese border northwest of Damascus, it is about 30 kilometers (18.6 miles) long and 5 kilometers (3 miles) wide. There are indications that the Syrian army began engaging this front after the significant progress it achieved in northern and southern Damascus as well as in Ghouta, east Damascus.

That put the pockets of armed opposition in Qalamoun under a quasi-siege. Some now expect the Syrian regime to strike a blow to the sensitive region, due to its proximity to Damascus. The front also has an external dimension: It touches the Lebanese border — specifically with the Arsal area — which is densely populated by Sunnis who oppose the Syrian regime and are locked in a battle against it alongside the regime’s other opponents.

An escalation on the Qalamoun front may spill into Lebanese territory. Gunmen may start moving across the border in both directions. If the Syrian army starts fighting in Qalamoun, some countries — especially in the West — may turn a blind eye to the Syrian army entering a part of Lebanon. In other words, the start of the Qalamoun battle may mean that the West and even the United States will tolerate, or even prefer, that the Syrian army take on the task of cleansing that area — which spans both Lebanon and Syria — of jihadist fundamentalists. This would have repercussions on the Lebanese situation as a whole.

The Daraa front: A battle may soon happen here because the Syrian army now largely controls the Druze Suwaida area, east of Daraa, as well as the areas adjacent to the occupied Golan Heights, west of Daraa. The siege around Daraa, which was a launching point of the Syrian events in mid-March 2011, is tightening.

The battle there also has external dimensions. Daraa is adjacent to the Jordanian border and some say that Daraa is the soft underbelly of direct Saudi interference in the Syrian events — via the Syrian-Jordanian border crossing at Ramtha. Daraa is also close to the foot of the Israeli-occupied Golan Heights. So if the Syrian army moves to decisively end the Daraa battle, it would indicate several things about the external conditions involved in the Syrian crisis: Damascus may decide to sever Riyadh’s limbs in Syria — after the Syrian regime has become satisfied with Amman’s position as well as with the positions of various nearby capitals — from Ankara to Baghdad and Beirut. The Saudi authorities may be reducing their involvement in Syria, but there may also be a large intersection between several regional parties — both “friends” and “enemies” to Syria — to cease the Syrian war by decisively ending the war where it began, in Daraa.

So today, the military solution is more likely than the political solution. It is worth asking, to know the fate of the conflict in Damascus, do we really have to wait for the second phase of the talks in Geneva? Or just for the first — and perhaps last — phase of the battle of Aleppo, Qalamoun or Daraa?