The story of a 13-year-old Lebanese girl who was kidnapped and forced into marriage highlights the overall plight of Lebanese women today. 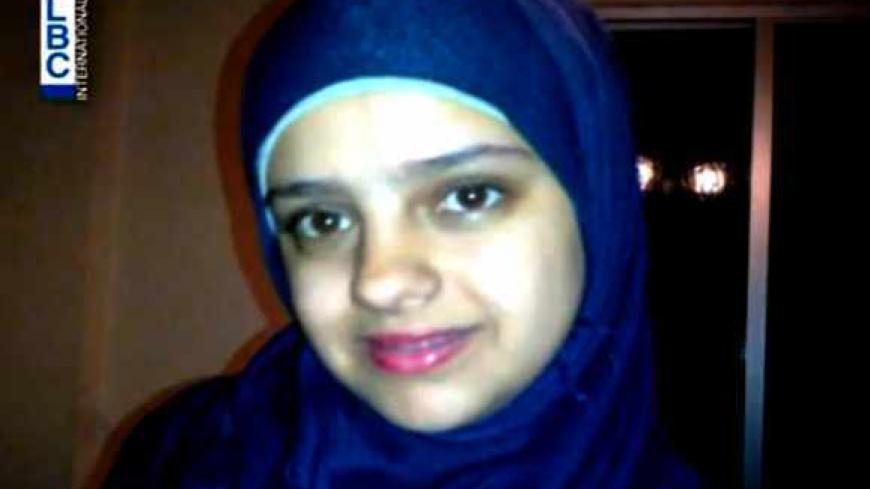 Amid security, economic and governmental crises, Lebanon has been preoccupied during the past two weeks with a tragic humanitarian issue involving a girl named Eva.

Eva hails from a Shiite family that lives in Beirut’s southern suburbs, an area that was known as the “misery belt” a quarter century ago. This area is densely occupied by Shiites, most of whom moved decades ago from south Lebanon and the Bekaa Valley. Eva, a 13-year-old middle-school student, liked to have fun and play, and hung drawings of cartoon characters on her bedroom door. Suddenly, Eva became the wife of a man she did not know. She probably still doesn’t know how or why it happened.

The story began when a man asked Eva’s father to return some money he had borrowed. When he fell behind in his payments, the man abducted the girl by force and took her captive to pressure her father into paying. Then, the kidnapper decided to marry the girl off to his son, who is 10 years older than Eva. Since both families are Shiites, and Lebanon lacks a civil personal status law, a Shiite cleric oversaw their marriage contract.

This, however, was not the end. Organizations concerned with women’s rights were informed of the incident and the news was made public on Oct. 23, 2013, creating a fuss throughout the country. The father filed a lawsuit against the kidnapper, with the latter responding through similar means. The lawyer appeared on media outlets claiming that the marriage was performed with the full consent of the girl, who was dragged into the media war, appearing on television mindlessly repeating what she had obviously been taught: “I loved him and we got married.”

Officials and parties concerned with the case were not convinced with the story maintained by the kidnapper and the kidnapped girl. Security forces raided the place where the young bride was detained and freed her on Oct. 29. Afterward, the Shiite Jaafari Mufti of Lebanon annulled the marriage contract, which had ben executed by a cleric of the same sect. Subsequently, the kidnappers disappeared, and as of the writing of this article, not a single person involved in the case has been arrested.

Eva returned to her home, yet her tragic story, which exemplifies the tragedy of perilous position of women in Lebanon, has not ended. On a deeper level, it is a three-dimensional tragedy in which religion, a tribal society, a weak state and backwardness of laws and rules intertwine.

On the religious level, sects govern personal status laws in Lebanon. Clerics have the sole right to settle cases related to families and their lives. In this context, women are often victims of violence. In the Lebanese setting, a woman cannot object to domestic abuse. She cannot resort to the judiciary in the event that she is raped by her husband. She does not enjoy equality or a large number of freedoms covered in international humanitarian law.

Many people evalutated Eva's case based on Sharia. A religious cleric commented on the tragedy with, “If she was well-behaved and had the freedom of choice, her marriage should be considered legal, especially since the age of puberty according to Sharia is nine years old.”

It was clear that both families involved hail from a tribal society. In other words, they come from a community that has its own laws, customs and behavioral norms. This community does not acknowledge status laws, nor does it accept the concepts and values of modern civil society. During the televised interview with the kidnapper and the kidnapped girl, the man repeated his call for a “settlement,” a tribal concept founded on "settling" any criminal or penal case according to the provisions of the tribe and the decision of the tribe’s own judiciary system. Civil laws and the concept of the modern state are meaningless to many of those concerned with the tragedy of Eva. In these tribal communities, the rule of law and its values are disregarded, and the absence of a concept of women’s freedom, equality and rights is striking.

Eva's case has revealed the weakness and deterioration of the state, in addition to the decay of the concept of the state as a source of justice and power. In this particular context, Lebanese women are discriminated against on many levels, despite the fact that Lebanon joined 187 out of 193 UN member and non-member states and signed the 1979 Convention on the Elimination of All Forms of Discrimination Against Women. The provisions of this convention are, however, unapplied and unobserved in Lebanon, as is the case in all Islamic and Arab countries.

These countries still have reservations on some articles of this convention, notably Articles 2, 9, 15 and 16, which directly touch on the lives of women. Lebanon was no exception to this discrimination, as authorities there had reservations on Article 16, which reads, “States parties shall take all appropriate measures to eliminate discrimination against women in all matters relating to marriage and family relations and in particular shall ensure, on a basis of equality of men and women; the same rights and responsibilities during marriage and at its dissolution; the same rights and responsibilities as parents, irrespective of their marital status, in matters relating to their children; in all cases, the interests of the children shall be paramount.” The justification given for this humiliating reservation was that religious laws and tribal traditions should be observed.

In this sense, the tragedy of Eva seems a good example of the plight of Lebanese women, who are subject to murder on charges of adultery without the perpetrators being held accountable. Lebanese women are deprived of the right of passing on Lebanese citizenship to their children in the event that the father is not Lebanese. Furthermore, there are 21 legal articles discriminating between men and women, including laws related to social security; labor; special provisions for private-sector workers, their pensions and allocations; transportation allowances and commerce and bankruptcy.

The case of Eva ended with a temporarily free victim and a forever free perpetrator. The most dangerous aspect of this matter, however, is what social workers who have helped victims of similar cases and environments fear: that freeing Eva was a temporary maneuver. Afterward, the religious, tribal mindset may prevail again over the behavior of those in charge of the girl, especially if they find that she had a sexual relationship with her kidnapper. According to their customs, when the media fuss and feminist movements die down, Eva might be returned to her monster to preserve the honor of the family and pay their debts.

Remember Eva's name and follow up on the case. She is the flag bearer of human rights and women’s dignity in Lebanon.