With its roots in armed rebellion against the state, the Turkish and Kurdish militant left looks for ways of waging political battles under a new banner. 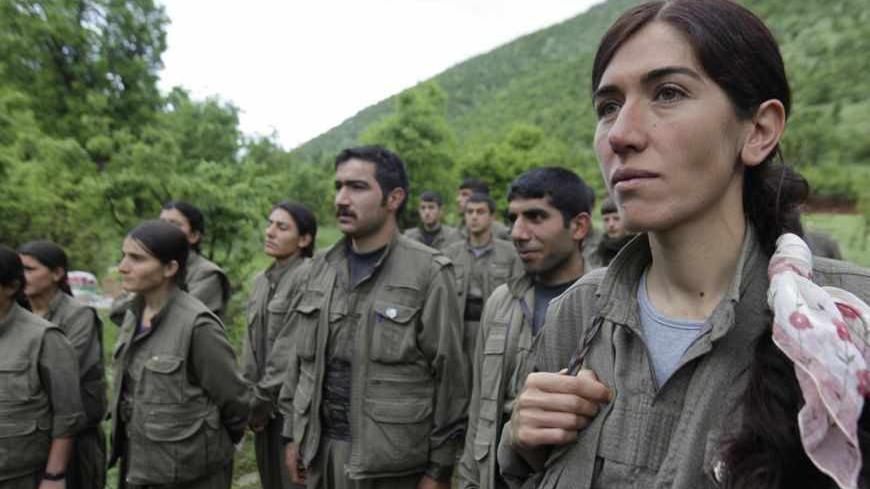 On March 28, 1972, British Secretary of State for Defense Lord Carrington stood up in the House of Lords and read a statement:

“I regret to inform the House that three Ministry of Defense civilian radar operators, working with the Turkish Air Force, were kidnapped on the evening of March 26 at Unye, on the Black Sea coast of Turkey.”

The operators’ names were Gordon Banner, John Law and Charles Turner. They were neither civilian technicians as Lord Carrington claimed nor members of the NATO staff as their kidnappers believed them to be. They were undercover intelligence officers working for the Government Communications Headquarters (GCHQ) –  a British state secret that would not be revealed until the incident was discussed in the House of Commons in 1984. (Edward Snowden was not even born in 1972 and four decades had to pass before his leaks would turn the signals intelligence operations of GCHQ — along with the US and Israeli mass surveillance programs — into a widely discussed news item around the world.)

In fact, the real identity of those three men had nothing to do with the plight that awaited them. They were held captive in a house in the inland village of Kizildere by eleven young militants who hoped to use them to bargain for the release of three members of the Peoples’ Liberation Army of Turkey (THKO) that were put on the death row by the government.

What followed the kidnapping is a blood-soaked page of Turkish history: The government refused to negotiate and kidnappers responded by shooting the hostages. Soon after, military troops stormed the house, killing all but one of the militants. A week later, the three THKO members — all in their early 20s — were executed by hanging.

The Turkish government’s resort to the use of deadly force when it could have attempted to save the hostages and capture the kidnappers alive turned the Kizildere massacre into a legend of resistance and made it difficult for generations of Turks to take issue with the militants’ use of weapons. Instead, the belief that the government brutality legitimized armed struggle remained at the root of most leftist activism in Turkey and helped ignite the Kurdish uprising led by the outlawed Kurdistan Workers Party (PKK).

So it was not surprising in the least that a letter Oct. 27 sent by the jailed PKK leader Abdullah Ocalan to the convention of Turkey’s recently-established People’s Democratic Party (HDP) — an umbrella group that aims to unite the Kurdish and Turkish left — would make reference to this “revolutionary legacy.” What grabbed my attention, however, was Ocalan’s choice of words as he commended the transition from “the rebellion against the state in 1971” to “negotiations with the state after 40 years” and wished that the new party would “take over this historical legacy with a new understanding and carry it to new heights.” He said establishing the HDP today carried as much importance as the foundation of the PKK, because their struggle would now evolve into democracy. To me, the conspicuous implication of Ocalan’s message was his new preference for political confrontation over guerrilla warfare.

But, will it be possible? Can the Kurdish and Turkish militant left bid a final farewell to arms and make politics their main battlefield? I believe the answer depends on as much the government and its willingness to allow democratic freedoms as a fresh mentality of peaceful activism taking hold among the leftists.

The main theme of the HDP convention was “This is just the beginning,” and  their banners gave the impression of a forward-looking strategy that embraced issues as varied as labor relations, religious freedom, environmental protection and LGBT rights. A similar diversity was visible in the make-up of the convention committee, which included an Armenian school administrator, a transsexual writer and a religious activist who accepts the Quran as her only reference.

In that colorful crowd, a short, spectacled man with graying facial hair stood out not because of his association with the “new left” in Turkey, but for his first-hand experience of the “revolutionary legacy” of the old days. That was Ertugrul Kürkçü, the 65-year-old deputy who got elected to the parliament on the pro-Kurdish list in 2012, and who, 40 years before that, had been the sole survivor of the Kizildere massacre.

As extraordinary as it looks, Kürkçü’s life story is in truth emblematic of the ordeals of scores of Turkish leftists who tried to bring revolutionary change to a country where seeking transformation through legal politics seemed like a dead end.

In 1970, at age 22, Kürkçü was elected as president of Turkey’s Revolutionary Youth Federation (Dev-Genç). It was in this role that he participated in the kidnapping and eventual killing of the GCHQ officers. He was captured and sentenced to death by a court-martial. He was a death row inmate  when a general amnesty in 1974 reduced his sentence to 30 years. He served 14 years and was released at age 38.

Since then, he has worked as a publisher, became an advocate of human rights, remained engaged in socialist politics, but kept a low profile until his recent rise to prominence as an effective speaker at the parliament. Browsing through Kürkçü’s personal website provides a quick review of the wide range of his activism while the page’s banner image taken from a rally where he spoke with one fist up in the air makes the unmistakable connection with the ’68 generation.

His speech to the delegates of the HDP convention last Sunday was also a dizzying mix of the “old” and the “new” rhetoric. He called for a party that “would not repeat the stories of the past and be willing to change with each new member.” He talked about “opening up Turkey’s gates to a new era.” But when he emphasized the need to “assume the leadership of the working class” and “fight capitalism,” he did not seem to think it necessary to put these age-old ideas into fresh perspective. On the other hand, while his many salutes to Ocalan and other revolutionaries were – inevitably – a reverence to their armed struggle, it was also clear that Kürkçü, too, wanted the path forward not to lead to more bloodshed.

After his speech, he was rushed to hospital with chest pains and reportedly suffered a heart attack. In his absence, the delegates elected Kürkçü as co-chairman, thus entrusting him with the leadership of the party through next years’ local and presidential elections.

Not surprisingly, reactions to HDP convention were mixed. Prime Minister Erdogan’s Chief Political Advisor Yalçin Akdogan, for one, felt the need to dedicate a newspaper column to HDP bashing. “Opening up a marginal party to marginal left should not be considered an opening,” he wrote in the daily Star. On the opposite front, Koray Çaliskan who did not hide his sympathy for the new party in his column for Radikal, went as far as saying that HDP might become a coalition partner in an anti-AKP government.

As for Kürkçü’s condition, he was back at the parliament on Oct. 31. When asked how he was doing, “The heart is old,” he said. “But the roads are new.”