While the UN negotiates with Iran over the country's nuclear program, human rights is not on the agenda 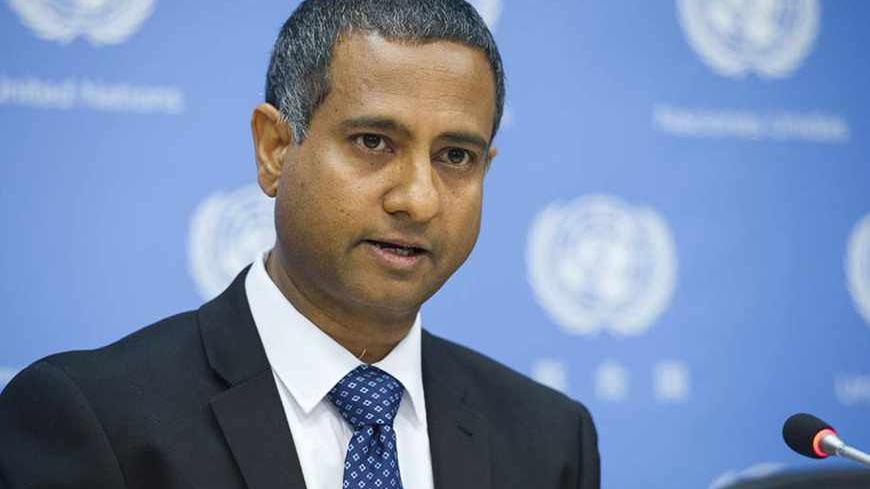 Ahmed Shaheed, the Special Rapporteur on the situation of human rights in Iran is seen in this undated file photo. - UN Photo/Amanda Voisard 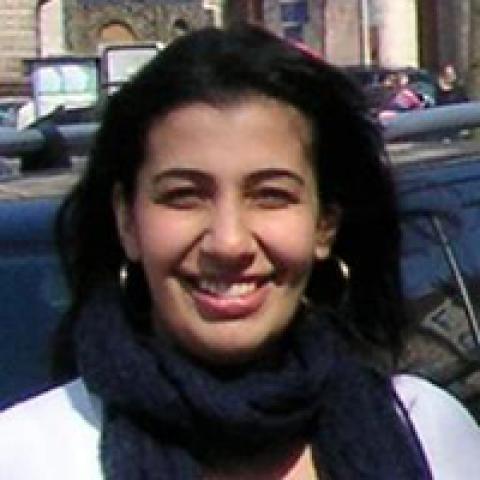 The glitz surrounding the negotiations with Iran over its nuclear program is overshadowing a concurrent debate taking place over the dismal state of human rights in the country. Little of the camera glare — focused on the flurry of foreign ministers in Geneva and the parameters of a nuclear deal — is being shared with the ambassadors and UN experts working quietly on a human rights resolution being debated in New York. It was just last year that UN Secretary-General Ban Ki-moon declared on his visit to Tehran, “The United Nations and the international community are fully behind the people of Iran in your long struggle for democracy and human rights.” The UN General Assembly should translate that commitment into practice next week by passing a resolution reiterating its demands that Iran halt violations against its citizenry.

Governments are debating resolutions related to ending child marriage, the conduct of genuine democratic elections, and the situations in Syria, North Korea, Burma and Iran. A  damning new report on abuses in Iran makes the case for international action this year indisputable. In Iran, newly elected President Hassan Rouhani and the Iranian people will only stand to benefit if UN member states demonstrate leadership, fulfill their duty and cast a favorable vote on the resolution to protect and promote human rights in Iran.

This week marked Rouhani’s 100th day in office. UN ambassadors and foreign ministers should be reminded that in a field of presidential candidates who each offered solutions toward reducing international tensions and improving the economy, what distinguished Rouhani from his opponents, and arguably the reason he won, was his promise to uphold the human rights of the Iranian people. During his campaign, Rouhani promised to advance free speech, end discrimination against women and minorities and release political prisoners. In April, he said, "All Iranian people should feel there is justice. Justice means equal opportunity. All ethnicities, all religions, even religious minorities, must feel justice."

Until recently, Iran has done little to improve its record on human rights despite the demands of its people and the international community. While several prisoners of conscience have been released and a minister has called for the unblocking of social media, the government fails to cooperate with UN human rights mechanisms or to implement the hundreds of recommendations from UN bodies for it to meet its international human rights obligations.

Iran remains the world’s leading executioner per capita. According to human rights organizations, in 2013 the state has put to death some 588 individuals in the absence of internationally recognized safeguards. Hundreds of political prisoners and prisoners of conscience remain imprisoned for their peaceful dissent, while women and minorities continue to face institutionalized discrimination and in some cases, persecution. Also, severe restrictions on the freedom of conscience, religion, expression, assembly and association remain firmly in place.

This week marks 1,000 days that Iran’s leading opposition leaders, Mir Hossein Mousavi, Mehdi Karroubi and Zahra Rahnavard have been under house arrest, notwithstanding Rouhani’s pledge to release them. Since Rouhani’s inauguration, 11 political prisoners have been executed, an actress was sentenced to 18 months in prison for her peaceful political activism and a reformist newspaper was shuttered and its editor arrested for publishing an article interpreting Shiite religious history. In addition, a disturbing new law was affirmed by Iran’s Guardian Council allowing men to marry a foster or adopted daughter as young as 13. All of this has taken place against the deafening silence of governments and UN officials who appear to be turning a blind eye to Iran’s victims while negotiating the terms of a nuclear deal.

The global community, which has documented human rights abuses in Iran since the early 1980s, bears a unique responsibility to act with the same sense of unity and urgency to alter the Iranian government’s strategic calculus on human rights as it has on the nuclear issue. Iranians voted for human rights reform because they understand that sustainable peace and security in their country and in their region is rooted, not in nuclear rights or in short-term nuclear concessions by the regime that rules them, but from their own ability to hold their leaders accountable in the long-term. Conservative and unaccountable elements within Iran’s political establishment make it difficult for Rouhani to fulfill his campaign promises on his own. It is our responsibility to elevate their will, amplify their voices and advance their democratic demands until decision-makers in Tehran listen. In New York, this means all UN member states should vote in favor of the Iran resolution on human rights next week. In Geneva, it requires that global powers sitting across the table from Iran two days later tell their Iranian counterparts that access for International Atomic Energy Agency (IAEA) inspectors is not enough, but that they expect the same invitation and level of cooperation with the UN Human Rights Council’s appointed Special Rapporteur on the Situation of Human Rights in Iran.