In Turkey, from headscarf to 'immorality' ban

The headscarf, once a symbol of Turkey's struggle for freedom, is now normalized, but other symbols appear in its stead. 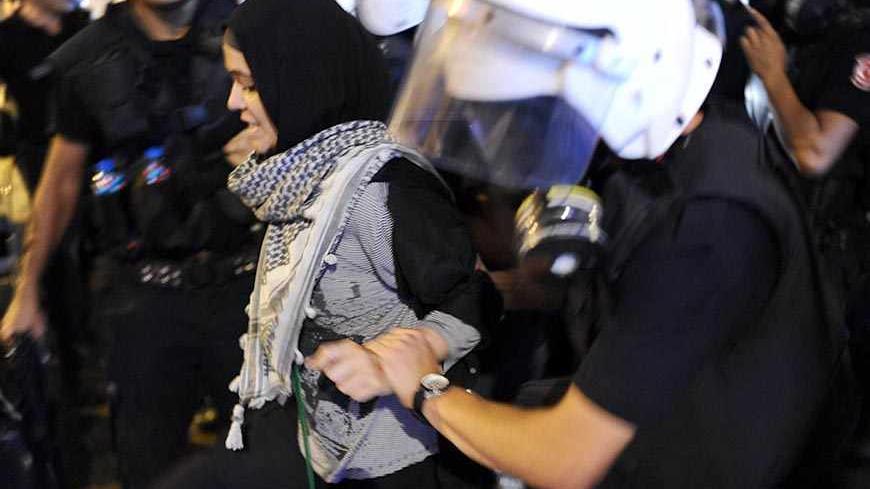 For many in the West, the Islamic headscarf (hijab) that many conservative Muslim women wear is a symbol of oppression. They assume that these women must be wearing this unusual headdress because their husbands, fathers, brothers and others must be forcing them to do so. Even when the headscarf is worn willingly, it is taken by some feminists as the sign of an internalized misogyny — a "false consciousness" into which Muslim women were drawn by patriarchal men.

While both of these arguments might have some merit in certain contexts, in the Turkish context, the headscarf has rather become the symbol of something that most Westerners would hardly associate it with: freedom.

The simple reason is that unlike in "Islamic" states such as Saudi Arabia and Iran, where the headscarf is praised and imposed by the authorities, in "secular" Turkey the authorities have rather ridiculed and banned the headscarf for decades. Wearing it in Turkey's passionately secular republic, therefore, has become an act of opposing state authority to claim individual liberty.

This uniquely Turkish meaning of the headscarf comes from Turkey's self-styled secularism called laiklik. Imported from the French laicite, this has always been an illiberal idea, which gave the state almost unlimited powers to "enlighten" society by banning institutions and practices that it deemed "backward." The 1989 decision by the Turkish Constitutional Court — then a strong ally of the super-strong military — had clearly affirmed this view by arguing that the state has the duty to "protect society from dogmatism." Therefore, practices that the state considered "dogmatic" could be easily banned. (Where the state's own dogmas such as the "Six Arrows" of Ataturk would of course be untouched.)

The headscarf ban, which former President Ahmet Necdet Sezer (2000-07) declared to be valid across the whole "public square," was the most controversial example of this authoritarian secularism. With the active encouragement by the military, which used to put its nose into every aspect of Turkish society, the headscarf was banned in all schools, universities and public institutions.

Hence, when female politician Merve Kavakci tried to enter parliament with her head covered, she caused a political storm. The moment she walked into the national assembly on May 2, 1999, for the first time after her election, hundreds of secularist deputies were enraged and yelled at her. Prime Minister Ecevit, who was otherwise a polite man, called on his party "to show this woman her limits." In the face of minutes-long protests, Kavakci had to leave the parliament building. The seat her voters gave her was taken away by those who hated the way she looked.

But this was only the beginning. As academic Richard Peres explains in his book, The Day Turkey Stood Still: Merve Kavakci’s Walk into the Turkish Parliament (2012), the whole secular establishment went after Kavakci with zeal. President Suleyman Demirel condemned her as an "agent provocateur." Soon, police raided her home, while secularist media portrayed her as a criminal. Finally, she was stripped of Turkish citizenship and had to find a safe haven in the United States, where she today teaches at Georgetown University. In 2007, the European Court of Human Rights found this political attack on Kavakci a violation of human rights.

In that controversial Kavakci affair, Ecevit — who led the protest against the covered deputy — was terribly wrong, but he got something right: The headscarf, as he put it, was an act of "defiance to the state." In other words, since this individual right was banned by an authoritarian state, it had become the symbol of freedom from that state. This is also why "freedom for the headscarf" would became one of the prominent themes in the political agenda of Turkey's liberals.

Luckily, this liberal cause has gradually triumphed in the past two years. First, Turkish universities welcomed the headscarf, due to new instructions by the Higher Education Institution, which in the past issued instructions that banned the practice. Then in September 2012, Prime Minister Recep Tayyip Erdogan announced a "democratization package" that included a reform allowing public servants to wear the headscarf. On Oct. 31, four members of parliament walked into the general assembly with their heads covered. Unlike Kavakci, they were neither protested nor expelled.

Ironically, however, Erdogan, who set the headscarf free, is creating new symbols of freedom these days. Because, like his secularist predecessors who wanted to save society from "dogma," he seems willing to save society from "immorality." His recent outburst against student houses "where girls and boys mingle," and his promise to have them monitored by the police, created a huge controversy and led to the Twitter campaign, "Kizli erkekli ders calisiyoruz" ("We are studying mixed as girls and boys"). Similarly, one of Erdogan's senior party member's recent criticism of the "decolletage" of a TV host, which cost her her job, sparked a campaign to wear more decolletage. Erdogan's limitations on alcohol sales also resulted in similar reactions in the previous months.

I will not be too surprised, therefore, if the new freedom symbols in Turkey become revealing blouses, alcohol or "houses where boys and girls mingle" — which are now acts of defiance to the new state. I will just regret that the religious conservatives, who once used to call for "freedom," will prove to have learned no lessons from their own history.