Has the Justice and Development Party (AKP) enlisted “social raiders” to take on its critics in the social media? 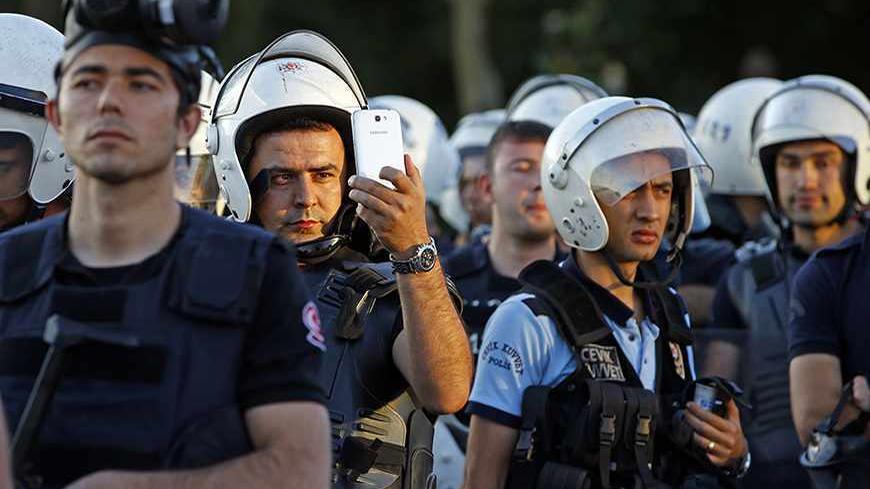 "Only a Zionist agent can write such things."

This was some of the feedback I received on Twitter after I wrote a column on my newspaper's website on Oct. 19 to comment on the release of two Turkish pilots who were kidnapped in Lebanon on Aug. 9. To summarize, I criticized the Turkish government for presenting the release as a diplomatic victory, although Ankara was embarrassingly sidelined during the negotiations.

Most Twitter users who replied praised the article, but several others — many of them with fake IDs — simply cursed and damned and swore at me. The torrent of abuse was apparently directed from a single source, considering the time interval, characteristics of the profiles and the common words used. For instance, even though the article had nothing to do with Israel or Zionism, several tweets posted minutes apart referred to these words.

The same day, a female colleague who had thanked Qatar for "saving the Turkish pilots" had to confront a much harsher abuse campaign on Twitter. After one of Prime Minister Recep Tayyip Erdogan’s advisers criticized her tweet impolitely, insults rained down on her.

A pattern has developed in recent weeks. Almost each time a journalist or a scholar writes something critical of the government, scores or sometimes hundreds of pro-government accounts mobilize quickly, creating offensive hashtags and pouring on slurs to intimidate the critic.

Who are these people?

Turkish media reported in September that the governing Justice and Development Party (AKP) formed a 6,000-strong team to set the agenda, drive trends and counter its critics on social media, where more than 30 million Facebook users and almost 10 million Twitter users log in from Turkey every day. This report, which was also published by pro-government newspapers, was not refuted by the AKP. In fact, Erdogan said on Oct. 30, “Nice things started to happen on Twitter,” referring to the increasing number of pro-government tweets, especially about his controversial mega-project, “Marmaray.”

But how many of these foulmouthed blackguards are directly linked to the government? I've been investigating it since Oct. 19.

The same day, the semiofficial Anatolian news agency published a piece that profiled "the groups that set the agenda on Turkish social media." According to Anatolian, four groups named "Sosyal Akincilar" (Social Raiders), "Birlik" (Unity), "TT Aksiyon" (TT Action) and "MY" are driving the public debate on Twitter. "Countering the disinformation related to Gezi Park," "being the voice of the voiceless" and "informing Turks about the developments in Egypt and Syria" were given as the main goals of these groups.

Interestingly, there was no mention of AKP's social media drive in the story. Moreover, the most striking fact that I found was how insignificant the profiled individuals and groups actually were in their social media influence.

For instance, Emrullah Ozturk, the first person mentioned by Anatolian, has only 210 followers on Twitter, while his "Social Raiders" team has just over 1,600 members with an unimpressive Klout score of 46.

"This Anatolian story is misleading. These people are probably decoy. Look somewhere else," a technology editor who helped me in this investigation said.

AKP's social media operation was reportedly a consequence of its failures during the peak of the Gezi Park protests in June. As I wrote then, most Turks on Twitter supported the protests and opposed Erdogan by a margin of 68,000 to 800.

Those protests might have pushed AKP to adopt a more aggressive social media program quicker than it initially conceived, but thorough research reveals that the party has been preparing such a drive as early as December 2012.

On Dec. 7-9, 2012, the party quietly convened its media and promotion leaders in Afyon. Celal Karaman, who was a leading member of the social media commission formed by AKP’s youth organization, AK Youth, explained to the delegates how to push hashtags on the worldwide list of trending topics (TT) on Twitter.

“If the party headquarters wants a certain tweet to be popular, all members should retweet it in the given time frame. For success, we need full participation," Karaman told AKP members on several slides. Karaman, who was recently targeted by ultraconservatives on social media as the result of a video showing him dancing at a night club, did not reply to my email. Recent tweets from AK Youth hint that he was still lecturing party members as recently as last month.

Using a combination of social media analysis tools, including the free and open-source Gephi as well as the paid application Twitonomy, I found out that the backbone of the pro-government social media network still consists of AK Youth, guided by Karaman.

However, neither Karaman nor the Social Raiders profiled by Anatolian are actually influential figures in the network that the analysis revealed. Besides thousands of “legit” members in this network, including party officials, there are a few shady figures with significant social media influence.

Wake Up Attack’s aggressive support for the government mixes with black propaganda. It produces and distributes professionally designed “infographics” that point out government critics as targets by labeling them foreign agents or terrorists. Aydin Unal, Erdogan’s chief adviser, recommended his followers to follow Wake Up Attack, too. The AK Youth branch in the town of Cinarcik was among the first accounts to retweet a Wake Up Attack campaign that smeared two journalists. The account is also featured in almost 100 Twitter lists, including one titled “AK Militia.”

Besides such faceless agitators, there are professional figures who work for the causes of the government. Ferudun Ozdemir, a self-proclaimed social media expert, is one of them. The average number of retweets for Ozdemir's tweets is 99, which points to a remarkable social media influence. He is one of the main nodes that regularly kick-start “TT campaigns,” mobilizing thousands of Twitter users in his network.

The group hashtag of Ozdemir and his followers is #EKIP, which translates to “the team.” AK Youth uses the hashtag #AK #EKIP, hence connecting both “teams” on Twitter. Many of Ozdemir’s campaigns are in parallel with AKP’s policies. One of them had an English-language hashtag — #WeAreErdogan — and another one in Turkish — #helalsanatayyipbaba (well done, father Tayyip). “You’re so valuable, God bless you,” Nevsehir mayor Hasan Unver (from the AKP) tweeted on Oct. 31, thanking Ozdemir.

The #EKIP and #AK #EKIP emphasize that they are formed to counter disinformation and provocation on social media, especially “pro-Gezi” ones. However, some of their own campaigns bear the hallmarks of such ill-intentioned activities. For instance, some members of Karaman’s #EKIP joined the police to forcefully prevent an anti-government “kiss-in” protest in an Istanbul metro station in May. Ozdemir’s #EKIP, on the other hand, provocatively alleged in a social media campaign that an Istanbul university organized a beer festival at the shrine of a Muslim saint, although the campus was actually 5 kilometers (3 miles) away from the shrine.

Karaman did not respond to my questions, while a female officer at the AKP headquarters in Ankara told me on the phone that I would receive a reply soon. However, they have not been in touch over the past three weeks, although I have called them five times.

Ozdemir was much more accessible, at least initially. I contacted him, and he quickly rejected that he ever worked for the AKP. When I mentioned the synchronicity in their campaigns and the commonality of their hashtags, he replied with a smiley: “:)” He stopped answering my questions when I inquired about his job at Beyaz TV.

“We don’t put social media users on a salary. This is the AKP’s way of work,” main opposition Republican People's Party’s (CHP) Deputy Chairman Umut Oran told me by email. “Millions of people vent their anger through social media against the government anyway, even if they are not CHP members,” he added.

In the end, the AKP might or might not be paying for the recent campaigns of insult and abuse on critics, but there is no doubt that Erdogan, who boasts of “setting up the news agenda,” is now keen to dominate the social media, too.

As the 2014 elections approach, the social media offensive of the emerging “conservative industrial complex” is generating the risk of spinning out of control. As Egemen Bagis — minister for EU Affairs and chief negotiator of Turkey in accession talks with the European Union — said, “Terrorism can be carried out through social media.”