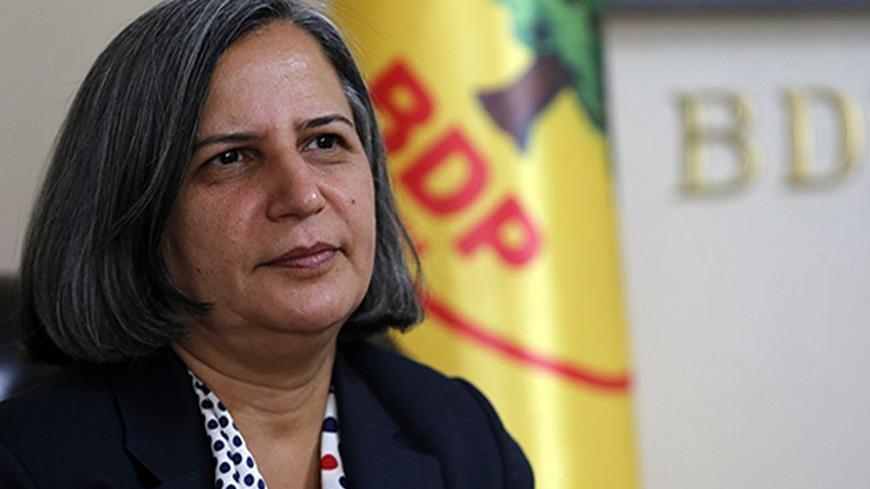 Turkey has been waiting a long time for Prime Minister Recep Tayyip Erdogan to reveal his reform package. Its disclosure was postponed repeatedly because of the “detailed work” it required. Finally, Erdogan himself said he would reveal it on Monday, Sept. 30.

He also said that those who have been criticizing the package without seeing it would be embarrassed and that the package was full of surprises that no one would expect.

Naturally, with such remarks, the public's excitement swelled. But the contents of the much-speculated-on reform package were hidden behind a wall of secrecy. Apart from Erdogan and few others, no one among 76 million people in Turkey had the slightest clue what this package that concerns their fate was bringing.

Nothing was shared with the opposition parties or civil groups during the preparation of the package. Although the reform package was meant to advance democracy in Turkey and to increase the scope and number of democratic rights, its preparation was hardly democratic.

The Kurdistan Workers Party (PKK) and Peace and Democracy Party (BDP), generally referred to together as the “Kurdish political movement,” called attention to the methodology of its preparation and claimed that the package's contents were essentially empty. Noting that nothing was ever discussed with them during its preparation, they declared in advance that they had no expectations about the "rights to be granted to Kurds." A similar signal came from imprisoned PKK leader Abdullah Ocalan, who also said nothing was discussed with him. He distanced himself from the package while advising the Kurds to be "noncommittal."

Nevertheless, media organs controlled by the government carried out a masterfully crafted publicity campaign on the significance of the reform package. Keeping its contents secret contributed to a growing sense of suspense.” The reform package was designed to invoke a lottery with a huge prize.

On Sept. 30, daily Sabah came out with the banner headline: "History Will be Written in Ankara Today.” The subtitle read: “Prime Minister Erdogan will open the democratization package all of Turkey is breathlessly waiting for, and a new era will begin." It also offered some clues to the contents of the package, including changes in the electoral system, head scarves in public service, facilities of prayer halls, freedom for the Kurdish alphabet, public service in non-Turkish languages, changes in the penal and civil codes and supervision of security forces.

However, Erdogan, in his 40-minute talk transmitted live by almost all the TV channels of the country, with English, Arabic and Kurdish simultaneous translations, did not refer to many of those items. Proposals in the package for changes in the electoral system were left ambiguous with the provision that they will offered up for public debate. Reference to "facilities for houses of prayer" for Alevis were omitted.

Greater freedom to use the Kurdish alphabet was to include the use of the letters W, X and Q. Although a step forward, Kurds have been using these letters for some time now. Mother-tongue education, a most important and sensitive demand of the Kurds, was left up to private schools. Although the step toward Kurdish-language public education was unimaginable a few years ago, it did not reach the level the Kurds had hoped for. Some Kurds mocked it, saying, “Only the rich Kurds can learn Kurdish."

Modifications to the Turkish penal code and anti-terror law that would have provided for release of thousands of BDP partisans known as “the KCK (Kurdish Communities Union) detainees” and thus paved the way for the peace process with the PKK were not in the package.

The most perceptive and pointed assessment of the long awaited reform package came from The Guardian’s European editor Ian Traynor, under the title "Erdogan’s split personality: the reformer v the tyrant."

Traynor wrote, “The prime minister’s big package of reforms comes ahead of important local and presidential elections next year. So Erdogan’s first aim on Monday was about retaining maximum power for his Justice and Development Party (AKP). That might explain the most concrete pledge he made – headscarves will be allowed for female civil servants and MPs, he vowed. That’s progress and a major blow to the secularists who dominated Turkey’s pre-Erdogan decades.

"The other main thrust of the reforms concerned the Kurdish question. Here the prime minister was more halfhearted, perhaps half-baked, calculating he was giving enough to keep a year-old peace process with the PKK guerrillas of the Kurdistan Workers party alive, while not conceding too much …

"Until now, Erdogan had given nothing. On Monday he still refused to yield on the fundamental Kurdish demands of education on their own tongue and devolution of central government powers to the regions …

"There were disappointingly large lacunae in what Erdogan offered.

"Erdogan has pleased his own supporters, probably bought more time for peace with the Kurds and alienated the Alevis. It’s a dangerous game. But although it looked in June as though he had lost the plot, Erdogan has not yet completely lost his touch.

However, a representative of the package's main concerned party, co-chair of the pro-Kurdish BDP Gulten Kisanak, said the package failed to meet their expectations. She asked, “Was this really a package worth waiting for?”

Not for the Kurds, perhaps. But for Turkey’s conservatives, it provided a boost they needed following the Gezi events in Istanbul and in many parts of Turkey that tarnished Erdogan’s image and wrecked his international standing.

Whether this will be sufficient for Erdogan to achieve his ambitious goals for the upcoming election years, it is too early tell.