Sufism has long been the dominant strand of Sunni Islam in Syria, but is under threat as Salafism gains power. 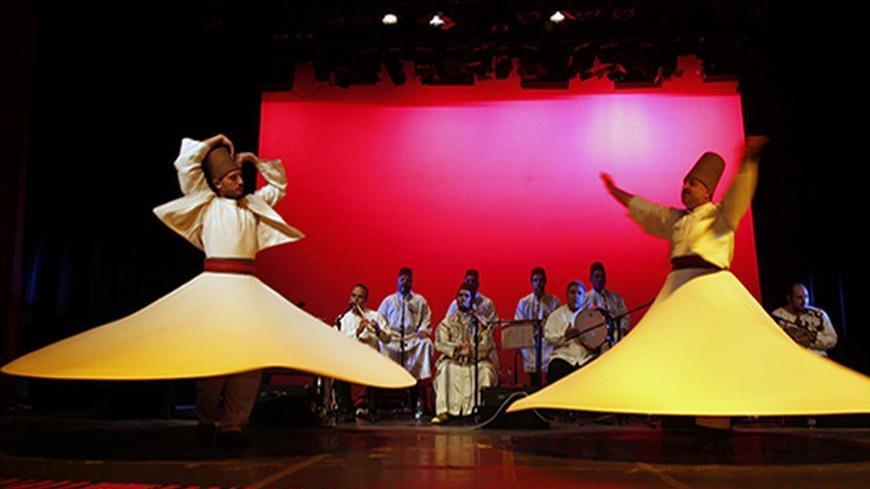 The Syrian revolution has witnessed the clear rise of the Salafist current in its traditional and jihadist forms and as a movement. This is due to the nature of the revolution itself, which was launched and grew in the countryside and on the outskirts of small cities. Meanwhile, the Sufi movement, which is hostile to the Salafist interpretation of Sunni Islam and has predominantly thrived in Syria’s urban centers, split into pro-regime, pro-opposition and neutral currents.

This Sufi component raises fundamental questions about Syria’s religiosity, which during the past decades was dominated by Sufism. There are now questions regarding whether the religiosity of Syria's Sunnis will permanently adopt the Salafist trend or just temporarily while the rebellion continues, with Sufism reverting to its previous status, especially in its strongholds in the cities of Damascus and Aleppo, once the revolution concludes.

Over the past decades, Sufism divided into divergent political trends, the most prominent of which is the Zayd movement. It was founded by Sheikh Abdul Karim al-Rifai in the early 20th century. It spread in Damascus through conservative social circles and a network of mosques and sheikh-pupil-follower relationships.

In the 1980s, the Zayd movement suffered a heavy blow, when many of its members joined the Muslim Brotherhood’s insurrection against the regime in the 1980s, drawing the wrath of the regime. Its leader, Sheikh Osama al-Rifai, the eldest son of Abdul Karim al-Rifai and his successor as the movement’s leader, left the country, returning in the mid-1990s. The Zaydis quickly restored their religious network and expanded in Damascus. Osama al-Rifai's stature was widely respected, so much so that in 2002 President Bashar al-Assad visited him, which was contrary to the tradition of the religious leader visiting the president.

Another Sufi trend is the Qubaisiate movement. It is a women-only movement, but does not have a feminist agenda in the Western political and human rights sense. The movement was headed by Sheikh Munira al-Qubaisi in the 1960s and active among the Syrian bourgeoisie. It later established schools and associations in Syria and abroad, in Jordan, Lebanon and Kuwait. It has a purely religious, proselytizing and educational character.

One other Sufi trend of the past few decades has been the official religious establishment, represented by the Ministry of Religious Endowments and the General Fatwa Institute. All its branches have taken clear positions in support of the Syrian regime, specifically when the latter confronted the Brotherhood. Back then, a number of Sufi sheikhs filled the vacuum caused by the exile and arrest of the Brotherhood’s religious scholars and leaders.

The most prominent of these Sufi scholars was Ahmad Kuftaro, the former mufti of Syria. His relationship with the regime goes back a long way, including a special relationship with late president Hafez al-Assad. He helped build the Abu al-Noor religious complex in Damascus, at which thousands of students received their early and university educations and a large number of religious scholars and preachers received their training.

The Sufi movement in the revolution

The political truce between the regime and several Sufi currents collapsed during the revolution despite the absolute support given to the regime by the official religious establishment. The mufti of the Republic, Ahmad Hassoun, issued a fatwa in March 2013 calling for jihad in defense of the regime. That same month, Sheikh Mohammed Said Ramadan al-Bouti, a well-known Sufi cleric who had close ties to the authorities, was killed in a bombing at the Iman Mosque in Damascus. He had strongly criticized protesters and demonstrators in his support for the regime. The government and the opposition have accused each other of the assassination.

Kuftaro’s supporters, now led by Rajab Deeb, secretary general of the Abu al-Noor complex, stood against the revolution and supported the regime. Former member of parliament Mohammad Habash, a prominent leader in the current, tried to hold the stick from the middle and spoke of a “third way” between the regime and revolution. Both sides rejected him, and he subsequently sided with the revolution.

The Qubaisiate movement chose to remain silent, refusing to choose between the regime or the opposition. While the opposition interpreted this silence as support for the regime, Syrian opposition circles note that a number of the Quaisiate members have joined the revolution.

The only Sufi movement to clearly side with the revolution is the Zayd movement. Its sheikhs resisted government pressure to condemn the opposition's demonstrations. On the contrary, Rifai called for releasing detainees, a halt to their torture, and political reforms. The turning point in the Zayd movement’s position occurred when regime supporters beat Rifai and attacked his mosque and supporters. That provoked the people of Damascus, who came out to demonstrate the next day in support of Rifai. He and his younger brother left the country and declared their clear support for the revolution.

In addition to the Zayd movement, a number of well-known Syrian sheikhs, among them Mohammad Ratib al-Nabulsi and his students, have supported the armed opposition. Even though the Sufi current has no significant armed factions as the Salafists do, observers claim that many Sufi individuals have joined the armed struggle. Some have even established armed factions, among them the Magawir Battalions, the Companions of the Prophet Brigade, and the Descendants of the Prophet Brigade.

Between the Sufis and the Salafists: Prospects for the future

The Salafists' influence has risen greatly during the Syrian revolution. This is the antithesis of that for the Sufis, who are in decline despite the official Syrian religious establishment having a mostly Sufi character and the Sufis having had a truce with the regime, with some supporting the government against other Islamist movements.

The reason for the Sufis decline in political power, however, is that the armed revolution was launched from the countryside and grew there, while the major cities, such as Damascus and Aleppo, lagged behind, perhaps against their will. Sufism is active in the cities and is allied with the bourgeoisie and the merchant class, while the armed rebellion has predominantly been driven by rural and poorer classes.

As the armed conflict turns increasingly sectarian, with the Sunni majority feeling that it faces an existential threat with most standing against the regime, the Sufis will sooner or later find themselves with no choice but to side with the revolution, as the regime’s grip weakens. The current Sufi decline is the result more of events and the Sufis’ political decisions rather than the movement’s social influence.

Note: Part of the information in the article was taken from Mohammad Abu Rumman's latest book, The Islamists, Religion, and the Revolution in Syria (2013).

Mohammad Abu Rumman is a researcher at the Center for Strategic Studies at the University of Jordan and writes for the Jordanian daily Al-Ghad. He has published a number of books, most recently The Salafists and the Arab Spring and The Islamic Solution in Jordan. 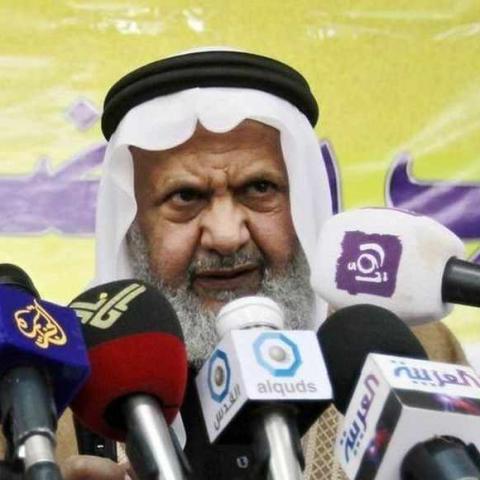 Jordan's Muslim Brotherhood Is in Shock Over Egypt 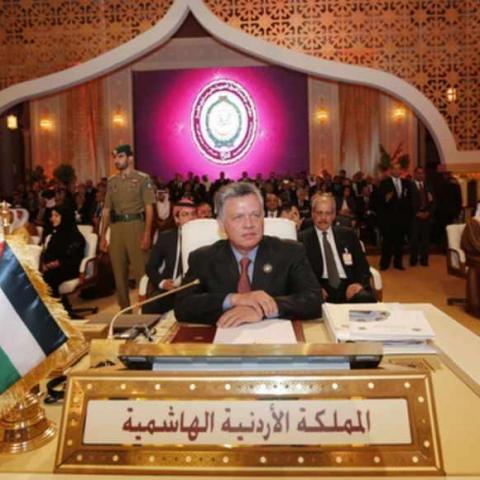