The Roots of Radicalism In Political Islam

Sunni and Shiite fundamentalists have both sought to return to their own ideal version of history while rejecting modernity. 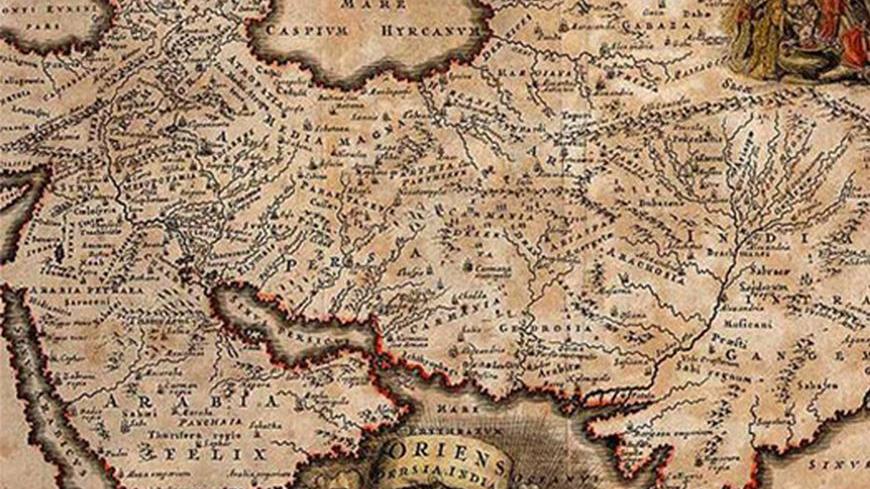 Fundamentalists are nostalgic for a lost “Golden Age,” although the meaning of this “Golden Age” is not the same for the Sunnis and the Shiites. - world-history.nmhblogs.org

The contemporary phenomenon of fundamentalism goes back to the same historical root in both Shiite and Sunni Islam. The magnitude and spread of religious violence in the Middle East has prevented a meticulous and scholarly study of fundamentalism in these two branches of Islam and its common roots.

“Political Islam” is the umbrella term for fundamentalism in both of these branches. Looking deeper and more carefully at regional affairs, we can see that conflicts among the different versions of “political Islam” are being presented as religious conflicts. While a large number of Sunni and Shiite Muslims in the Middle East do not think of themselves as participants in the current religious conflicts, various political interpretations of Islam have turned the region into a scene of war. The point worth noting is that these different approaches have very similar ideological structures as well as joint historical roots. Understanding this fact can change one’s outlook toward conflicts in the Middle East.

Islamic fundamentalism, in its current form as a social movement and apart from its historical religious background, is a recent phenomenon of approximately only 100 years. This movement was a reaction to the frailty and weakness of Islamic countries compared with their glorious pasts. Therefore, the fundamentalists emerged not out of conservative circles but rather out of reformist movements which were aiming for an “Islamic Awakening.”

Fundamentalists are nostalgic for a lost “Golden Age,” although the meaning of this “Golden Age” is not the same for the Sunnis and the Shiites. For the Sunnis, the aim is to return to the glorious period of the caliphate. The Shiites, on the other hand, are hoping for the realization of the Imamate system. Nonetheless, both groups agree that the ideal future is the same as the glorious past.

Therefore, both groups agree with the major criteria listed below:

1.     Return to the roots as a form of opposition to modernity: Fundamentalists blame the lack of development in their societies on internal totalitarianism and external colonialism, both of which have their roots in modernity. Their desired solution is developing a political understanding of Islam and executing it in society. They describe the contradiction between their religious views and the secular views dominating the Western world as theocentrism vs. anthropocentrism. Within the confines of this view, the West with its anthropocentrism is in opposition to Islam, which has a theocentric base. Therefore, the Western world is the new jahiliyyah and fighting it is a necessity for all Islamists.

2.   Compatibility with the Sharia: Fundamentalists want the rules of their society to be compatible with those of Sharia and consider this to be the solution to all existing problems. Therefore, any other prescription for governing society is an innovation and thus inappropriate. Their approach to democracy also must be understood within this framework: For them, democracy can only be used to pave the road and prepare the society for the rule of Sharia. However, Sharia itself cannot be determined based on people’s vote.

4.   Religious ideologization: According to the fundamentalists, Islam is a complete political, social and economic system and should be implemented in society regardless of time and location. According to them, Islam is not just a religion but rather a complete life ideology which should dominate all aspects of man’s social and individual life.

Interestingly enough, reviewing the history of fundamentalism, in both Shiite and Sunni Islam, reveals their joint origin. Generally speaking, fundamentalism emerged around the same time in three different Muslim territories. Wahhabis, in the Arabian Peninsula, demanded a return to the Salaf (the early period of Islam) and found their desired government after a coalition with the Saud family. Abul Ala Maududi proposed the idea of reviving the caliphate and creating a unified government for all the Muslim lands during the Indian independence movement. He also wrote and published the first draft of a constitution for this government. Maududi's thought has been welcomed by Saudi Arabia and he had a deep relationship with them. The ideas of Maududi also greatly influenced Sayyid Qutb, the main ideologist of the Muslim Brotherhood in Egypt, and he continued to spread the ideology of Maududi in reviving the Islamic government and opposing the West.

In the Shiite world, Mohammad Baqir al-Sadr, inspired by the ideology of Maududi, presented and published a new version of the constitution of the Islamic government. Furthermore, when the Iranian constitution was being codified, he presented the religious elders of Iran with a template containing the general structure of the Islamic state. This template was given to the religious elders just as the interim government of Iran had presented to the Constitutional Assembly of the Experts a secular draft of the constitution. As a result, Mohammad Beheshti, the vice president of the assembly, immediately prepared a new draft based on the writings of Sadr and eventually, after small modifications, that same draft was confirmed by the assembly. In this way, the principle of velayat-e faqih has been promoted in the new constitution.

In addition to the aforesaid, there is other presentable evidence regarding the unified origin of fundamentalism in both Shiite and Sunni Islam. Followers of Sadr and religious leaders of Iran are all equally mesmerized by the ideas of Qutb.

The writings of Qutb are still the main source for the ideology of the Islamic Dawa Party (Ḥizb Al-Daʿwa). This Shiite party was inspired and led by Sadr and is currently the dominant party in Iraq. The current leader of Iran, Supreme Leader Ayatollah Ali Khamenei, has also translated several works of Qutb into Persian and on various occasions has praised his glorious thoughts and beliefs.

The preceding presents a new way of viewing the conflict in the Middle East, which is not necessarily religious. War in the Middle East is not about Sunni vs. Shiite. Rather, it is the conflict between different versions of political Islam and the fact that for all of them, the other is a rival and thus intolerable.

Ali Mamouri is a columnist for Al-Monitor Iran Pulse. He is a researcher and writer who specializes in religion. He is also a former teacher in Iranian universities and seminaries in Iran and Iraq. He has published several articles related to religious affairs in the two countries and societal transformations and sectarianism in the Middle East.