Release of Palestinian Prisoners Not a License for Creeping Annexation

Did US Secretary of State John Kerry know that Israel would approve new settlements after releasing Palestinian prisoners? 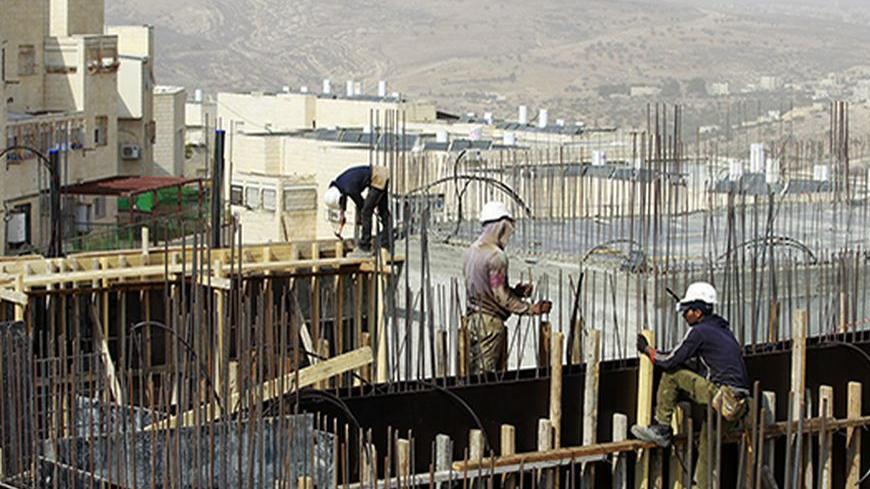 Palestinian laborers work on a construction site in Ramat Shlomo, a religious Jewish settlement in an area of the occupied West Bank, where Israel has announced plans for new housing units, Oct. 30, 2013. - REUTERS/Baz Ratner

The news that Israel released 26 Palestinian prisoners today, Oct. 30, was accompanied by an Israeli Interior Ministry announcement that it will proceed with the plan to build 1,500 housing units in Ramat Shlomo, a settlement in the occupied West Bank that Israel considers part of Jerusalem. As the Palestinian families welcomed the freed prisoners, the spokesman of Palestinian Authority President Mahmoud Abbas declared the settlement decision to be "destructive for the peace process."

Well, better late than never! To reinforce this statement, Abbas, when welcoming the released prisoners, said, "The settlements are void, void, void." Either Abbas is in denial or his spokesman has adequately described the outcome. There is no question that Israeli Prime Minister Benjamin Netanyahu plans for each release of prisoners, in installments, to be accompanied by establishing settlements in installments!

The serious question is whether US Secretary of State John Kerry knew of this prisoner release and settlement transaction. If this is not the agreement that Kerry came to with Netanyahu, it is hoped that a clarification statement is forthcoming.

It is high time that the Palestine Liberation Organization undertakes a serious reassessment before the futile discussions that  have been taking place since before Oslo make Palestine a state of mind rather than an actual state. It is time for this reassessment so that Abbas' statement during the welcoming of freed prisoners — “The settlements are void, void, void” — becomes a reality rather than wishful thinking.