Israel's expanding settlements have not halted during the negotiations brought about by US Secretary of State John Kerry. 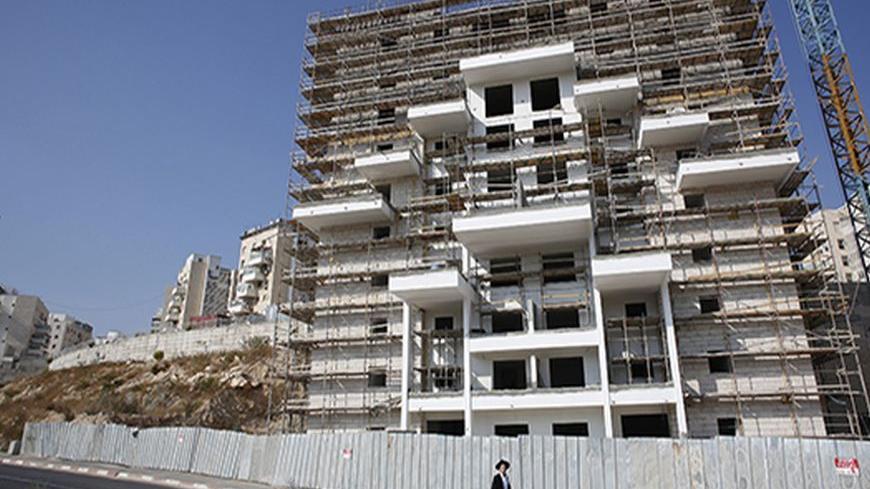 An ultra-Orthodox youth walks past a construction site in the West Bank Jewish settlement of Modiin Illit, Oct. 17, 2013. - REUTERS/Baz Ratner

Israeli Prime Minister Benjamin Netanyahu informed Secretary of State John Kerry that his government will be announcing, in a few days, more settlements simultaneously with the second release of Palestinian prisoners. This is in addition to the expansion of the settlements in Hebron. At least Netanyahu had the "courtesy" to inform the secretary about this transaction. Needless to say, Kerry’s reaction is not known. However, if this is going to be the process of exchange, then by the end of the ninth month that the United States has spelled out for the "negotiations," what remains of the Palestinian occupied territory will not be determined!

It is amazing how the United States insists on resuming "negotiations" when it knows that Israel does not acknowledge or recognize that it is an "occupying power." The transaction of releasing prisoners in return for creeping annexations through settlements should persuade the US that the two-states objective of Palestine-Israel could never be forthcoming at all. While the United States should have known this before, now it should be clearer beyond any reasonable doubt what the objectives of Israel are.

The question arises: How can the United States play a leading role in the "peace process" while at the same time coordinating with Israel or providing the impression of permissiveness for Israel’s  plans of ongoing creeping settlement building. This explains the Palestinian Authority's insistence on an a priori definition of the borders of 1967 prior to resuming "negotiations," so that the term negotiations does not become a fishing trip for the Palestinians to discover what their rights are.

It is surprising that Kerry has not spelled out a clear and coherent response to this obvious violation. Palestinian rights have been clearly described by the multiple UN resolutions and the unilateral sponsorship by the UN prior to the Oslo Accords in 1993.

Perhaps the answer to this provocation by Netanyahu must be for the Palestinian Authority to render operational the resolution 67/19 — adopted by a 138-9 vote — of the UN General Assembly that clearly recognized the state of Palestine under occupation: "The decision by the General Assembly to accord Palestine nonmember State status in the United Nations was a prerogative of the Member States."

I believe that President Mahmoud Abbas should be more deferential to this UN resolution, rather than to the futility of "negotiations" being undertaken at this moment. Not only deferential, but seriously pursued and hence rendering negotiations operational. Otherwise, no Palestinian territory will be available to build the independent Palestinian state!