The $130 billion donation by Li Ka-shing to establish a joint Israeli Technion-Chinese research center is just the first step toward unlimited technology cooperation between Israel and China. 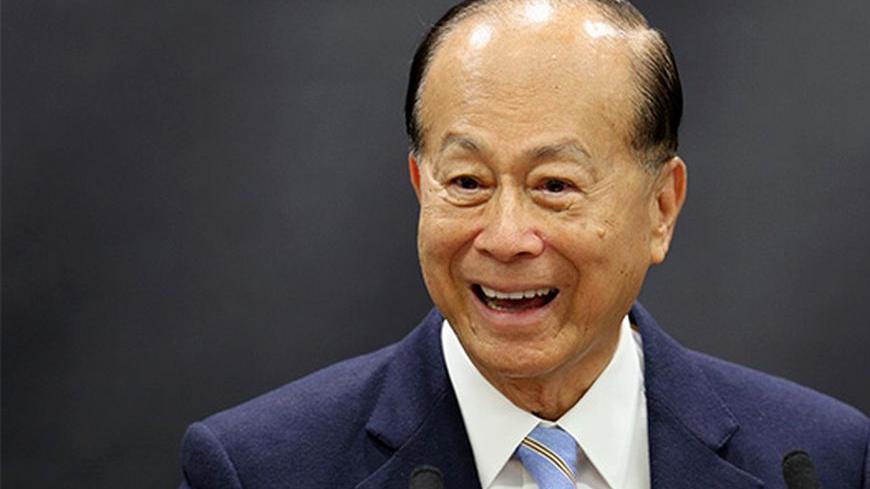 The $130 million donation by Chinese billionaire Li Ka-shing to the Israel Technology Institute of Haifa, or Technion, caused a media frenzy in Israel last week, on Sept. 29, because of its extraordinary size. It is, however, only part of a larger, much more interesting story about Israel’s role in the academic revolution currently under way in China.

The interaction between China’s vision of itself becoming a technological superpower and a key player in the global high-tech industry and Israeli academic institutions is constantly producing new joint ventures. It turns out that the Chinese are big fans of Israeli knowledge and achievement in these fields, and they consider higher education in Israel a model worthy of emulation.

Li Ka-shing, the wealthiest man in China, has already invested in the Israeli navigation system Waze. His donation to the Technion allows him to fulfill his dream and become a leader of his country’s academic revolution. According to a memorandum of understanding signed last week in Haifa, a branch of the Technion will be created in China to teach technology, the sciences and engineering in conjunction with the local Shantou University. Starting this year, the Technion will train Chinese researchers and doctoral students, who will become the core of the branch’s first teaching faculty.

Earlier this month, the Council for Higher Education released an outline for academic cooperation between the two countries over the next five years. The plan is ambitious, impressive and very expensive. Each year, it will enable hundreds of Chinese students pursuing their degrees, including post-doctoral students, to integrate into Israeli institutions of higher learning and conduct joint research with their Israeli colleagues, especially in fields related to technology. Based on this program, Chinese students are expected to start attending Israeli universities over the coming year. Their studies will be funded by a joint foundation.

Tsameret Zohar is in charge of relations with Asia at the Council for Higher Education’s Special Projects Unit. I asked her what the Chinese want from us. After all, by next year, it will be impossible to ignore their presence on Israeli campuses. In other words, what I asked was …

Al-Monitor: Why did the Chinese pick Israel specifically as a model for the kind of knowledge they want?

Zohar: There is something about Jewish and Israeli knowledge that excites the Chinese. They really admire us, from Einstein’s genius to Marx’s brilliant writings, and of course, there are all the Nobel Prize winners who emerged from the Israeli academy. It has a lot to do with us being a country of start-ups. The book Start-Up Nation tries to explain how Israel, a country of 7 million people, was able to conquer the world in that field, and once it was translated into Chinese, it sold like hotcakes there. They have a very positive perception of us.

China is now in the midst of a revolution in higher education, and it is looking for ways to teach Israel’s approach to innovation.

What we have in common is our high regard for higher education. China is striving to become the No. 1 country in the world when it comes to knowledge and technology, and it is investing considerable effort and money in that.

Al-Monitor: How are such ties created between countries?

Zohar: The relationship has developed through many different channels over the past few years. In the past few months alone, Prime Minister Benjamin Netanyahu and Economy and Trade Minister Naftali Bennett both visited China [in May and July 2013] in an effort to increase strategic cooperation between the two countries. There is a special team in the Prime Minister’s Office, which is responsible for our ties with them. We handle the academic aspect, which is very important to the Chinese. There are no language barriers in academics, which makes it easier to collaborate.

Al-Monitor: What disciplines do they prefer?

Zohar: Physics, chemistry, engineering, and various technology-based disciplines. Since we have several Nobel Prize winners in chemistry, it is another field in which they are very interested. This year will see the launch of a new English-language program leading to B.S. and M.S. degrees in electric engineering, electronic engineering, and chemistry.

Zohar noted that last September, Tel Aviv University signed a cooperation agreement with Tsinghua University to establish a new center for the sciences there. “This will also provide Israeli students with an opportunity to be exposed to China. I personally completed my MA in international relations in China and lived there for seven years,” she said.

Al-Monitor: What is the goal for the future?

Zohar: What we are seeing now is just a drop in the ocean. There is enormous potential. This opens up many new options. We are partners in something big. The relationship with China is part of a larger plan to boost the global presence of Israeli academia.