Voter turnout among Palestinians varied drastically among regions for municipal elections in Israel on Oct. 22, amid a near-comprehensive boycott in east Jerusalem. 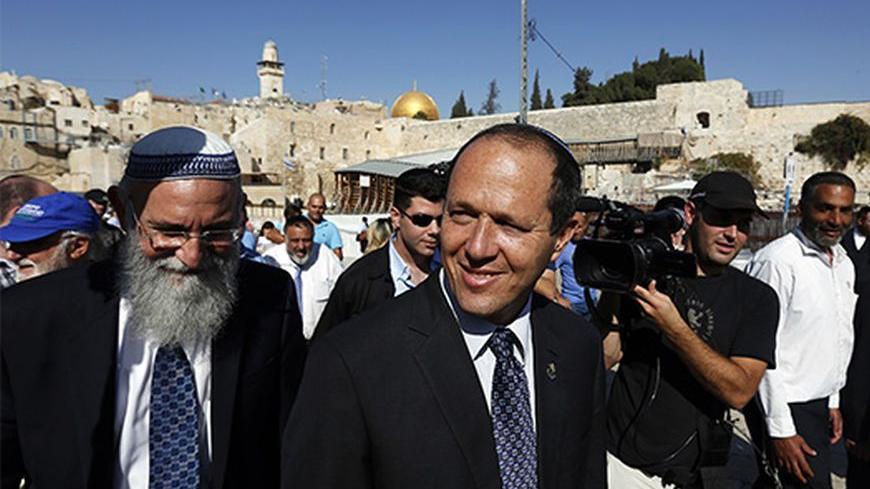 The voter turnout rates tell the story. Israel held elections on Oct. 22 for all its cities and communities as well as for what Israel calls “united Jerusalem.” While the overall national voter turnout rate was 51%, the variation between Arab towns in Israel and Jerusalem were the largest. The largest Palestinian city in Israel, Nazareth, witnessed one of the highest percentages of participation, while east Jerusalem saw a near-total boycott.

Incumbent Nazareth Mayor Ramez Jariysi was re-elected with the thinnest of margins (a 500-vote difference), defeating his toughest challenger, Ali Salem. A third contender for the office of mayor, left-wing Knesset member Hanin Zoubi, was also unsuccessful. Participation was very high in Nazareth, topping 73% of qualified voters in the town where Jesus grew up.

Palestinians living in Israel have different views in their attitudes toward municipal elections versus Knesset parliamentary elections. Whereas some political purists refuse to participate in national elections because of their ideological opposition to Israel and its policies, almost all agree to participate in municipal elections because it is mostly local and service-oriented rather than political. Family and tribal issues and loyalties in addition to service-related topics often dominate local elections. Municipal elections in Israel often see a much higher voter turnout rate among Arab voters than Jewish Israelis. In the current elections, the average national participation rate was 51%, but the participation in Arab towns,  according to the arabs48 website, averaged 75%. In Nazareth, participation was 73%, in Shafamer 72%, in Sakhnin 87%, in Kufr Kanaa 83%, in Majdel Krum 82% and in Arabet al-Batouf 84%.

In contrast with the hotly contested elections in Nazareth, Palestinians in east Jerusalem did not show up en masse at their polling stations. A response to the call for a Palestinian boycott of the elections to the “unified city” continued a 46-year tradition of boycotting the elections. Israel’s leading daily newspaper Yediot Ahranot reported on this low turnout, saying that less than 1% of the city’s Palestinian Arab population voted. Israelis re-elected Nir Barkat with 51% of the vote. He faced fierce competition from Moshe Leon, an ally of President Benjamin Netanyahu, who garnered 45% of the Jewish vote.

According to US Secretary of State John Kerry, the current secret talks that are to last at least nine months have been accelerated. Of the 13 face-to-face meetings held between Palestinian and Israeli negotiators, three meetings were held in four days last week. While the talks are expected to deal with all permanent status issues, it does not appear that the negotiators have yet to deal with the issue of Jerusalem, which many believe is the hardest nut to crack. Leaks from the talks from both sides focus on the disagreement over the presence of permanent Israeli troops on the Jordan Valley areas that are to be part of the Palestinian state.

Palestinians’ absence from the polls in Jerusalem does little to improve their lot, as 31 Israeli council members and a Jewish Israeli mayor will continue to decide all issues dealing with city planning (housing), city budgets and the educational system that deals with the more than 250,000 Palestinians living within the boundaries of the city. A further 50,000 to 100,000 are said to live just beyond the wall and outside the city limits and do not enjoy even the inferior services that those within the city get.

While the status of Jerusalem is a very contentious issue, the closest that both parties have come in the past to solving the differences in Jerusalem were summarized in what is called the Clinton Parameters. With regard to Jerusalem, Clinton’s idea focuses on total unfettered access to the holy places in Jerusalem, with Jewish settlements in east Jerusalem to belong to Israel, while Arab neighborhoods in the city would be part of the future Palestinian state.