The demolition of Khirbet al-Makhoul brings to light Israel's long-standing policy of "Judaising" the Jordan Valley and the Hebron Hills, by dispossessing Palestinian-Bedouin residents. 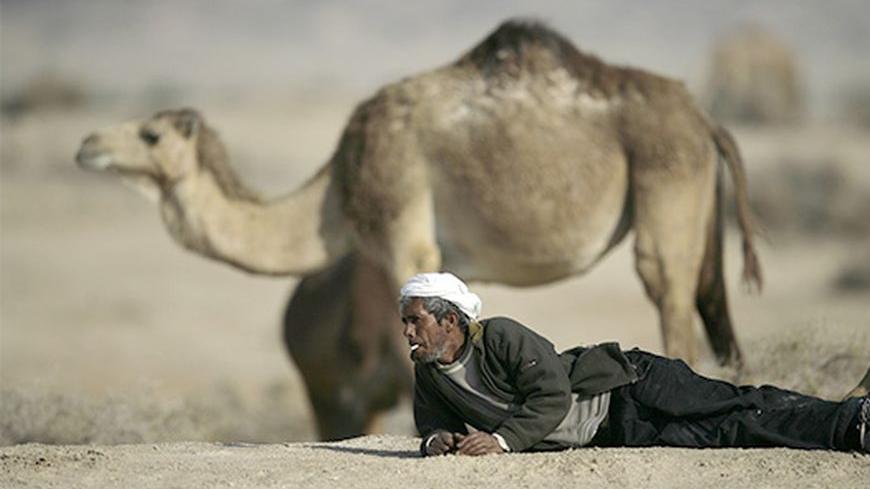 A Bedouin man rests beside his camels after walking through the Jordan Valley, in the West Bank city of Jericho, Nov. 25, 2011. - REUTERS/Ammar Awad 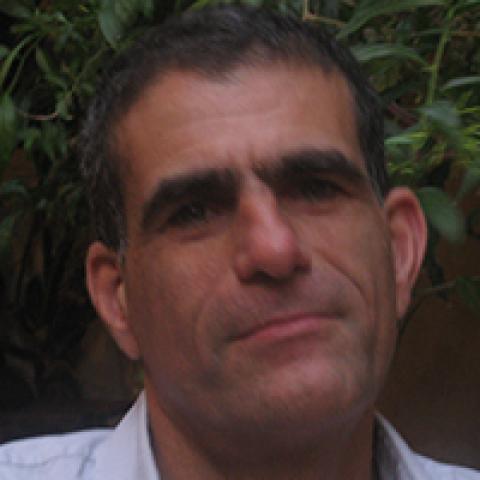 In the 1980s, when I was a soldier doing regular army service, I was ordered to the Palestinian village of al-Jiftlick in the Jordan Valley. The village residents — so we were told — had received an order to demolish it, and we were to supervise and ensure that it was carried out. We expected the residents to refuse to carry out the order, and that we would be forced to clash with them. But when we reached the place, we watched them carrying out the demolition order on the village without need for our intervention and without connection to us. We were amazed at the way the residents reconciled themselves to the decision. The village, which had existed for hundreds of years, was re-established and destroyed over and over several times, as part of an intentional Israeli policy that we could not understand at the time.

I was reminded of al-Jiftlick about two weeks ago [Sept. 20] when I received a widely circulated email from the UN emissary to the area, who denounced the violence with which the diplomats were treated — diplomats who went to the Khirbet al-Makhoul village bringing assistance. Despite my close familiarity with the Occupied Territories, I had never heard of the village that was demolished the day before on the order of the High Court. The Israeli media did not report on the deed. It only rose to the headlines due to the confrontation that took place on the site.

Marion Fesneau-Castaing, the female French diplomat who slapped the IDF soldier in his face — an unacceptable act — succeeded in directing Israeli and world attention to the fact that the authorities demolished a village housing human beings including children, women and the elderly. Though that was, evidently, deemed unworthy of being reported — the slap received by the IDF soldier or the shove visited on the diplomat brought them much attention.

Palestinian Bedouins have been living in the Khirbet al-Makhoul village even before 1967, but this did not help them when the army came to evacuate them from their village. That they are Palestinians, like the rest of the desert residents in the occupied territories, harms them twice: They are weaker than the Bedouins classified as Israeli citizens, but because they are Bedouins, the Palestinians also take no interest in them.

Under the influence of the Allon Plan, which proposed to annex most of the Jordan valley, as far back as 1967 the IDF marked the Jordan Valley and southern Hebron Hills areas to remain within Israeli territory, since both areas were sparsely populated. Ever since, various governments have increased Israeli settlement there and forestalled Palestinian expansion. To prevent the Palestinians from spreading, fire practice areas were marked in some of the unsettled areas. Sometimes this was done, by accident or maliciously, in settled areas, too. Thus these communities were destined for evacuation and demolition, over and over again.

Most of the effort to secure Israeli control over the territory was effected through the good old, time-worn method: settlement. Kibbutzim and community villages were established in the Jordan Valley and these made the desert bloom. The settlers’ agriculture permeated almost everywhere in the area, including other fire practice areas and closed military zones. All this for one clear goal: to prevent Palestinians from living there. Thus, while the settlers who came from Israel take up more and more land, the indigenous Bedouin-Palestinians continue to be pushed back into their subsistence boundaries, which have not been updated for dozens and hundreds of years.

The declaration of a closed military zone, as in the case of al-Makhul, is only one way of putting obstacles in the paths of the native residents. In other cases, Israel announces the creation of a nature reserve or finds some other excuse, but the result is always the same: restricting Palestinian construction and demolishing Palestinian houses, even in places that existed before the Israeli “rule of law” reached them.

These acts do not only take place in the occupied territories. Similar actions were taken against Israeli citizens even on Israeli territory (though fewer in number): The al-Arakib village was demolished dozens of times with the claim of illegal construction, even though it was established before the state of Israel came into existence.

The cases of the Ikrit and Biram residents, who were removed from their homes 65 years ago for only a supposedly short time, have not yet been returned — in spite of a High Court of Justice decision. This, too, is an example of iniquity. The common denominator of all the casualties: They are always Palestinians by nationality — whether they have Israeli citizenship or are residents of the occupied territories.

The Israeli decision-makers must consolidate a more reasonable and humane policy. This cruelty towards the Bedouin population must stop. If, in the past, the decision-makers in Israel thought that the Jordan Valley would remain in their hands as part of a permanent settlement and therefore should be “Judaized,” reality hit them in the face: Former Prime Ministers Ehud Barak in 2000, and Ehud Olmert in 2008, both agreed, in effect, to evacuate the valley in exchange for a permanent agreement with the Palestinians.

The implication of that is the following: To facilitate such an agreement, the authorities must prevent an increase in the settler population — and not in the number of the indigenous residents. But even if in the future a decision is taken to evacuate Israelis from the area, one might hope that the state will no treat them with the same violent and inhumane policy which it adopted when destroying Bedouin villages.

Mossi Raz is a former Israeli politician who served as a member of the Knesset for Meretz. A well-known activist, Raz has served as secretary-general of Peace Now and director of the non-profit organization Ir Shalem. In 2010, Raz along with colleague Maysa Baransi-Siniora was awarded the Outstanding Contribution to Peace prize by the International Council for Press and Broadcasting at the International Media Awards in London for his work with All for Peace Radio.