The appointment of Col. Rassad Alian as the Golani Brigade's commander sharpens the contrast between the allegiance of the Druze to Israel, and the discrimination they suffer in terms of budgets and infrastructure. 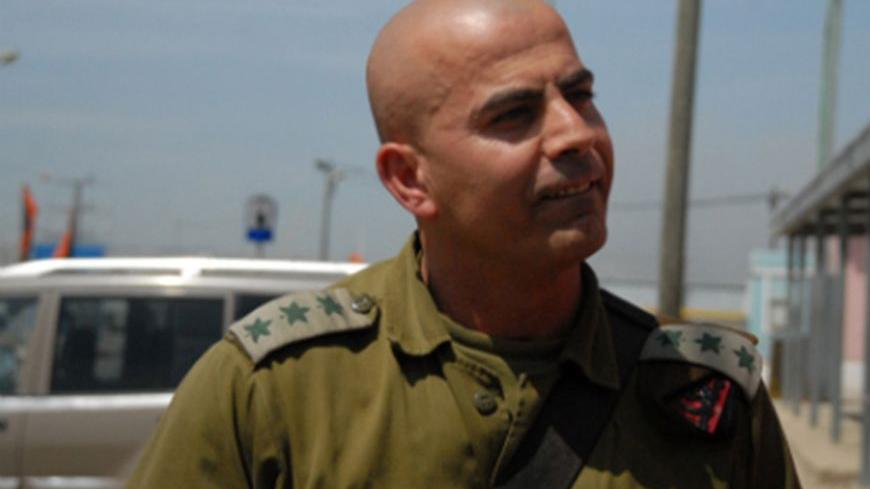 Col. Rassan Alian, seen here in an undated photo, is the newly appointed commander of the IDF Golani brigade and the first Druze to be appointed to head the prominent military unit. - IDF

On Thursday, Oct. 24, Col. Rassan Alian, a Druze officer from the village of Shfaram, was appointed commander of the Golani Brigade. While this is not the most senior position that a member of this community has filled in the Israel Defense Forces (IDF), many see his promotion as a symbolic and significant step forward in the relationship between the state and this community. After all, the Golani Brigade has always been considered an integral part of the Israeli mythos. It is one of the most popular and requested combat units in the IDF.

The story of the Druze community in Israel is unique, consisting of unconditional loyalty on the one hand, with ongoing, incomprehensible discrimination on the other. Some 120,000 Druze now live in Israel in 22 villages in the northern part of the country. While the Druze residents of Majdal Shams and Mas’ade in the Golan Heights consider themselves Syrians who were forced to live in Israel, most members of the community, living in the Upper Galilee and on the slopes of Mount Carmel, have forged a blood alliance with Israel, which has persisted from the establishment of the country until today.

The leader of the community, Sheikh Amin Tarif, who died exactly 20 years ago, tied the fate of his community to Israel even before the establishment of the state. While serving as representative of the Druze community to the British Mandate authorities, he claimed openly that British rule in Palestine would be temporary, until a Jewish state is created. When the state of Israel became independent, Tarif decided that it was incumbent upon young Druze to serve in its army and to assume all the responsibilities of citizenship. Since then, military service has become an integral part of the lives of most Druze.

According to figures from the IDF, the number of young Druze who serve in the IDF stands at 83%, which is higher than the percentage among the Jewish population. The relative number of Druze officers, noncommissioned officers and soldiers serving in the regular army is very high in proportion to the relative size of their community within the country’s total population. Most young Druze consider enlistment in the IDF as more than just an obligation and a necessary expression of their national loyalty. They see it as the sine qua non for advancement and integration into the country’s civil society.

Anyone who spends a Saturday visiting Beit Jann, Horfish or any other Druze village in the Upper Galilee could mistakenly believe that they had walked into an army base. Dozens of military vehicles line the streets. They belong to IDF officers who have come home on furlough for the weekend. In many homes, three generations of a single family wear the olive drab uniform of the IDF. In some homes there are three or four officers and soldiers serving in the regular army simultaneously, and who see that service as a long term career choice.

Over the years, the IDF has become the biggest employer of the Druze community. This is because they see the army as a gateway for their integration into the society as equals, but also because they don’t have many other options. While these young Druze have proved their loyalty to the state and fulfilled their responsibility with integrity, the state of Israel responds with ongoing prejudice, expressed mainly in discriminatory practices surrounding the distribution of development and infrastructure funding for their settlements.

So it happens that upon their release from the IDF, after risking their lives for the country, many young Druze return to their villages that suffer from years of neglect, and discover that they are unable to find jobs that will allow them to support themselves with dignity. The community as a whole suffers from discrimination in the civilian sector, with its members facing prejudicial hiring practices that favor young Jews. Young Druze learn very quickly that their military service in the IDF does not ensure that they will receive the same opportunities as the Jewish soldiers who fought beside them. As it turns out, the melting pot ends as soon as they take off their uniforms.

Shortly after the announcement that Col. Alian was appointed commander of the Golani Brigade, Knesset member Shaul Mofaz, chairman of the Kadima Party, called Alian to congratulate him.

In an interview with Al-Monitor, Mofaz said, “The country doesn’t regard the young Druze as having equal rights.” According to him, “The country is not doing enough to develop infrastructure, nor is it doing enough to prevent unemployment in this sector. Young people in the Druze sector have enormous potential, although the state has yet to show the common sense to put that potential to good use. Not many people are familiar with the desire young Druze have to get ahead, not only in the army but also in their civilian careers. During my tenure as chief of staff, for example, I opened up the 'Atidim' program [which encouraged young people from the periphery to participate in a joint military-academic track] to the community. I also appointed the talented Druze officer Yusef Mishleb as chief of Homeland Command.”

And yet, the appointment of a Druze officer as Golani Brigade commander sends a message that the IDF sees the Druze as soldiers equal in every way, even if the state lags far behind in this regard.

“That is true. I first met Rassan Alian when he was a battalion commander, and I was still part of the defense establishment. He reached his position because of his skills, and not because of anything else. It is a guiding principle for the Druze that they show unconditional loyalty to wherever they live. It has become a guiding principle for them because of their desire to survive as a minority, but also because of a genuine feeling of love that they feel toward the place. This is the case, regardless of whether they show loyalty to Israel, or, as is the case among other Druze, loyalty to Syria, believing that they are an integral part of that country.”

In fact, over the past few months, several young Druze residents of the Golan Heights moved to Syria so that they could participate in the civil war underway there. The Druze population of the Golan is divided between support for Syrian President Bashar al-Assad and support for the rebels. Nevertheless, they also consider the Druze of the Upper Galilee to be their brothers, albeit brothers with a natural obligation to integrate into Israeli society.

The appointment of Alian to this senior position has symbolic significance. For it to have a meaningful impact on its relationship with the Druze community, Israeli society must now ask itself, not what the Druze have done for it, but what the state has done for the Druze to prove that it is deserving of their loyalty.