The Israeli-Sunni Coalition Against Iran

Is there a quiet coalition among the Gulf states and Israel to thwart a possible thaw in US-Europe-Iran ties? 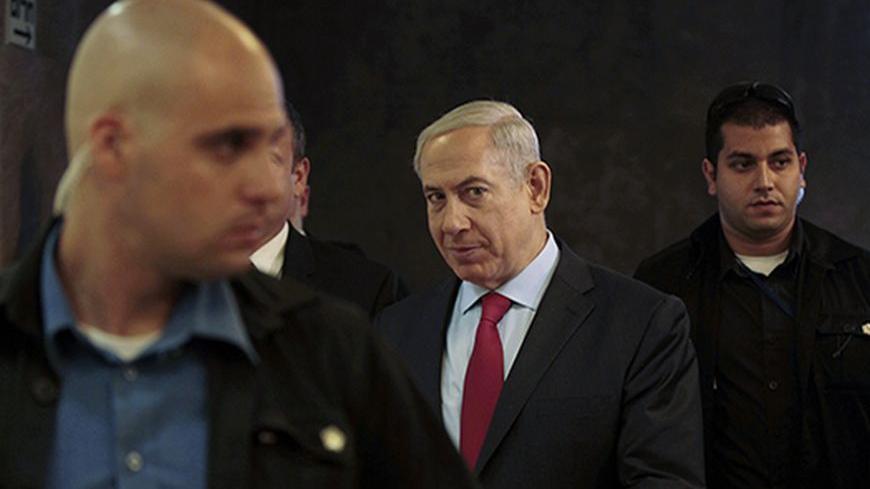 "What Iran wants is to reach Japan or Germany's capability," a high-ranking Israeli diplomatic official who is actively involved in Israel's most sensitive decision-making told me earlier this week. I asked him to elaborate.

"Japan and Germany can assemble a nuclear bomb. They have the scientific, technical and logistical infrastructure. They're not interested in that. But if they were, they would need five to seven weeks to do it, were such a decision made. That's where Iran wants to be, and that's where it is going to be very shortly, unless the West comes around and understands that it is playing for time."

This is the essence of the current Israeli posture vis-a-vis the burgeoning "Iranian Spring." When Prime Minister Benjamin Netanyahu, Defense Minister Moshe “Bogie” Ya'alon and Knesset member Avigdor Liberman look out the window, what they see is not spring but fall.

"The hardest thing to do," the senior official told me, "is to enrich uranium to a 3% grade. The initial enrichment — from zero to three — is the hardest phase. Later in the process, enriching it to 20% is relatively easy. It's a function of centrifuges and time. And that's why Iran should not be allowed to enrich uranium on its soil, even if it is the so-called low-grade enrichment. Iran doesn't have an ‘inherent right’; there is no such legal or international concept. The pressure must not be let up until the Iranians understand that they have to forego enrichment."

Liberman, chair of Yisrael Beitenu and former foreign minister (and perhaps also the future one, if he is acquitted later this month of the criminal charges pressed against him), posted on his Facebook page on Oct. 2 a snapshot of the New York Times headline from 1938, featuring the newspaper's exhilaration upon the signing of the Munich Agreement. The headline reads: "Hitler gets less than his Sudeten demands." It welcomes the bold peace agreement that lifted the danger of war off of Europe.

"And we all know how that ended," Liberman remarked.

That was Liberman's retort to the New York Times scathing editorial against Netanyahu's UN address just a day earlier on Oct. 1. The relationship between Netanyahu and Liberman is seriously strained at the moment, but Israeli politics is one thing, and combatting Iran's nuclear program is a different ball game altogether. This is where Netanyahu gets Liberman's unwavering support.

As I reported earlier, Israel welcomed the "Syrian Agreement" that was brokered by Russian President Vladimir Putin. Now it is possible to disclose that Israel was a party to promoting it. Netanyahu, Ya'alon and Liberman pushed for and encouraged the agreement, although they believe it would have been far more effective following an American strike rather than being in its stead.

"An airstrike," says a high-ranking Israeli defense official, "would have rehabilitated American deterrence in the region and placated all of America's allies. But more importantly, it would have instilled real concern and recognition in Tehran that the military option is not mere lip service but a bona fide option. Without that recognition, it will not be possible to get Iran off of its nuclear high horse."

Furthermore, the model for a diplomatic arrangement in Syria was devised in Jerusalem at the very outset of Netanyahu's incumbent government earlier this year. It was drawn up by Ya'alon and Netanyahu. Its underlying tenet was that Syrian President Bashar al-Assad isn't the problem. Even if he were eliminated, the crisis would not be over — perhaps the opposite. All the parties with a vested interest in restoring quiet to Syria should be galvanized to find a solution. And there is no shortage of such parties the world over: Turkey, Jordan, Egypt, Israel, Europe, the United States, Russia, Saudi Arabia and the United Arab Emirates (UAE). General elections should be announced in 2014, when Assad himself will not run. Until that time, a transitional government should be set up with an all-inclusive representation, including the Alawite regime, provided none of its members have blood on their hands.

Farouk al-Sharaa, the vice president under voluntary house arrest, is one of the names that have come up in this context. US Secretary of State John Kerry and Russian Foreign Minister Sergey Lavrov discussed this idea last May. Ya'alon advanced it to the Americans, and Netanyahu to the Americans, the Russians and the Europeans.

But then Assad started winning battles, recapturing al-Qusair and making strides in Homs. This prompted all the parties to freeze the idea of an agreement. The Syrian president realized that he was on his way to a final victory while the rebels did not want to embark on negotiations from an inferior position. The chemical weapons crisis jump-started the diplomatic negotiations and creative ideas, although the conditions on the ground had changed. Assad is still not in a place where he understands that it's better to get off at this stop. He keeps on fighting. And the Russians? They're still on his side, albeit not at all costs.

"We don't have a lifelong contract with Assad," the Russians reportedly told the Americans (according to a very senior Israeli official). "But we do know that wherever you interfered militarily, it ended up with al-Qaeda." Putin says that all he is trying to do is to prevent the establishment of "another Afghanistan." He has interests in Syria — a big port, intelligence and collaboration with the regime. If these interests are preserved, Putin will go for a broad deal, with or without Assad.

And speaking of a broad deal, the agreement to disarm Assad of his chemical weapons emerges as a big success. All the credit goes to Putin. Assad complies and abides by all his commitments only because Putin gave his word to Obama and the rest of the world in public.

"When it comes to the Russians," says a senior Israeli defense official, "keeping your word is a big deal. Maintaining one's credibility is a very sensitive issue with them. Once Putin pledged to remove chemical weapons from Syria, Assad understands that this weaponry will be removed. Putin doesn't make do with just having averted an American strike and having clenched a deal. He wants the agreement to be implemented in letter and spirit. And typically, what Putin wants, Putin gets."

Israel is also pleased with the agreement. The list of chemical sites and depots that Assad submitted has turned out to be genuine.

"There are sites that we hadn't even heard of," said an Israeli official. Now we're waiting for the new and more detailed list. Meanwhile, the process of destroying the equipment and the infrastructure is already under way. The timetable is a challenge. Yet, it seems that the UN inspectors, backed by the Russians and the Americans, have taken on this assignment seriously, and at the moment it also seems that the Syrians are being cooperative. This can change in a split second, but at this juncture it looks like a resounding success.

The concerns that the Syrians might attempt to transfer some of these chemical weapons to Hezbollah are so far groundless.

"Hezbollah doesn't want to get anywhere near chemical weapons," Israeli defense officials have said. "[Hezbollah leader Hassan] Nasrallah knows that this will be disastrous for him. He wants to stay out of trouble, much like Assad, who has realized that his survivability rides on getting rid of the chemical weapons. All of this is happening right now, and what we have to do is monitor the situation."

The recent developments following the Syrian agreement and Iran's charm offensive have given rise to a complex and dynamic reality in the Middle East. The following is the current map of axes: The Shiite axis is still led by Iran, in conjunction with Assad and Hezbollah. Iran is stirring the pot in Bahrain (with a Shiite majority), in Yemen (with a Shiite minority) and even in Saudi Arabia (where 3% is Shiite). At this stage, Israel perceives Iraq to be an Iranian satellite following a military agreement both countries are expected to sign. This camp also employs the regime of President Omar al-Bashir in Sudan as well as the one in Eritrea.

Juxtaposed against the Shiite axis, the Sunni one seems to have splintered into two main forces. The moderate Sunni axis is led by Saudi Arabia and Egypt together with the UAE, Jordan, Kuwait, Bahrain and Yemen. Alongside this is the Muslim Brotherhood-affiliated Sunni axis under Turkey's leadership. Until recently, Egypt was one of its senior members. But following the military coup that made ousted Egyptian President Mohammed Morsi disappear, Egypt switched from this Sunni camp to the other.

Either way, the prevailing sentiment from just a few months ago to the effect that the Muslim Brotherhood was poised to take over the Middle East has vanished. The Brotherhood is on the defensive and fighting for its survival.

What's amazing about all of this, Israelis are saying, is the American wager on the Muslim Brotherhood, which was premature and proved itself as wrong, naive and unfounded. Now the Americans feel like the village idiot. With Morsi in prison, they are forced, while gritting their teeth, to support Gen. Abdel Fattah al-Sisi, who aspires to be the present-day successor of former Egyptian President Gamal Abdel Nasser.

So where is Israel in all of this? Deep down. The recent events as well as America's waning resolve vis-à-vis Iranian President Hassan Rouhani's "charm offensive" have made the ties Israel has fostered with senior states from the Sunni axis much less secretive than they used to be. What we have here, in essence, is a quiet coalition between the Gulf countries and Israel versus America and Europe — with Iran being the only topic on the agenda.