Israeli drones are a constant reality in Gaza, proving a major obstacle to armed factions while destroying Palestinian civilians' sense of security. 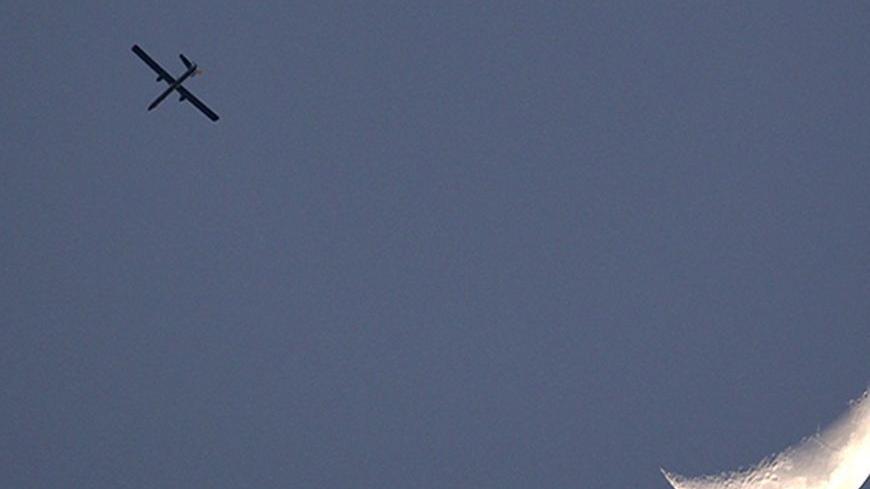 GAZA CITY, Gaza — Gaza residents have grown accustomed to the sound of drones flying overhead day and night. Israel considers Gaza — a small, besieged patch of land — a “hostile entity” and tries to get as much information about what goes on there as possible, in any way in can.

Although the word “drone” suggests a plane used for spying and surveillance, drones have in fact also become tools for killing and targeting armed Palestinian elements.

Residents of Gaza are able to quickly identify the drones’ abrasive noise whenever they enter Gaza airspace. The drones also interfere with satellite TV signals.

Kamal Terban, the dean of the Palestine Security Academy in Gaza, said that military activity in Gaza has become very risky because of Israeli technological advances in monitoring and targeting Palestinian factions.

“Israeli drones restrict the movement of militants in the Gaza Strip and force them to move cautiously, especially given the heavy drone presence in [Gaza] airspace. The drones are very stressful to both civilians and fighters. This necessitated the development of security groups by the [Palestinian] military wings to monitor and report the entry of any type of aircraft into [Gaza] airspace and warn resistance fighters,” Terban said in an interview with Al-Monitor, adding that the warning is sent by means of communication that only the fighters have.

Statistics by human rights centers in Gaza show that Israel has lately come to mainly rely on drones to target Palestinian gunmen.

Unmanned aircraft differ in the tasks they are designed to carry out. Some military drones specialize in surveillance operations. Most drones are of that type. Some are designed to conduct only strikes, while others are capable of carrying out both. Drones are normally smaller than manned aircraft and are propelled differently. Some drones are held aloft by a balloon and some have propellers, while others have jet engines.

Israel Radio military correspondent Eyal Alima believes that Israel has increased the use of drones recently as a result of the emerging global military trend of relying on drones. Drones typically cause less harm to civilians and often hit their targets with higher accuracy.

Alima explained to Al-Monitor over the phone that the Israeli army has imposed strict military control over the media publication of any details regarding Israeli weapons or methods, and that Israeli journalists rely on Western media for this information.

“The Israeli army allows the extensive use of drones, even at the level of battalion commander, allowing the military to gather information about areas it may wish to invade,” Alima said, adding, “A battle between Israel and any other party, now and in the future, cannot be imagined without drones, which Israel considers a strategic weapon.”

Despite Israel’s advanced technology, which it uses to spy on and target everything it considers a threat to its security in the Gaza Strip, the armed Gaza factions have continued to fire rockets toward Israeli towns and have even been able to expand their reach into Israel.

Alima believes that any intelligence service in the world, no matter how technologically advanced, can still be caught off guard. At the same time, the drones have forced Hamas and other factions to “exert greater efforts and brainpower to confront Israel militarily.”

According to Terban, Palestinian military factions are working harder to thwart the close monitoring by Israel over Gaza’s skies by concealing their movement using buildings, trees and smoke, while some engineers have tried to jam drone signals.

Israeli drones also have a psychological impact of Gaza’s population, much of which suffers from chronic and complex trauma-induced conditions.

He added that this lack of a sense of security and the resurgence of painful memories of past violence result in a loss of mental energy, which will surely have a big impact on the minds of children now and in the future.