Increasing reports of hostility against Iraq’s burgeoning civil society organizations have shed light on the way politics motivates violence and divisions in the country today. 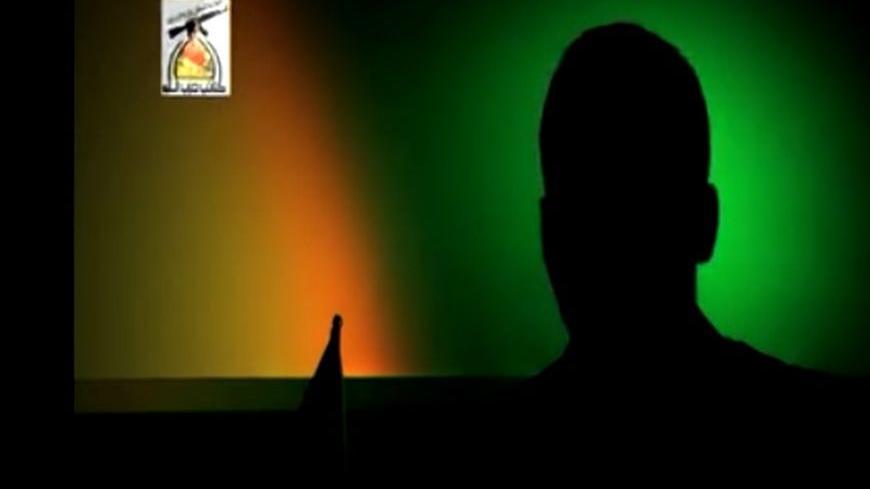 Kataib Hezbollah disseminated a video saying that the group had acquired documents about CIA officers attempting to jeopardize stability in Iraq. - Screenshot from YouTube

Two years ago, famous Iraqi activist Hanaa Edwar stood up against Prime Minister Nouri al-Maliki while attending the National Conference on Human Rights in Iraq. She told him that he harbored hatred toward civil society organizations operating in Iraq, and that he was trying to destabilize them by fabricating accusations of terrorism and collaboration against them, instead of arresting the real criminals.

Edwar’s action came after several attempts on the government's part to crack down on civilian activists — many were arrested and  others assassinated. It should be noted that until now there has been no serious investigation in this regard. The relationship between the government and civil society has worsened. Today, the civil movement in Iraq is facing great hardships, as various parties have issued threats and accusations against it. Every now and then some governmental and militia parties express their dissenting voices against the civil movement, especially those activists in social society, media and journalism.

The last governmental stance was expressed by former Prime Minister Ibrahim al-Jaafari in a speech delivered as part of the Charter of Honor and Social Peace Conference. He said, “We are going through media turmoil these days. This is the will of Western countries, the countries that withdrew their camps and bases and maintained their presence in the form of civil organizations, media outlets and empires.” Days prior to this speech, Kataib Hezbollah — a militiaman claiming to have close links with the Iranian government — disseminated a video saying that the group had acquired documents about CIA officers attempting to jeopardize stability in Iraq. According to the video, someone by the name of Louis Mendoza, who is in charge of some youth movements waging protests in Baghdad every now and then, met with a leader of these movements in the Iraqi capital. The video also mentions someone called Dwayne Davis carrying out vandalism in Iraq under the umbrella of civil society.

The escalating attacks of the government and militias against the civil movement have received wide criticism; the government and militias, unable to stop the increasing terrorist acts in Iraq, instead attack civil society organizations that are not protected by any official or nonofficial party. It seems that the cause of this campaign is that the civil movement in Iraq has started to unite and to become more effective after having started a number of demonstrations in the past few years.

A number of civil society figures successfully ran and won in the recent local council elections. Moreover, Iraq has been witnessing the rise of a moderate secular stream that is trying to join with moderate Islamists, which raises the possibility that these two camps could form a coalition against radical Islamic parties in upcoming elections.

On the other hand, the Shiite authority in Najaf has started to distance itself from the Shiite parties participating in the government and has recently been strongly supporting the protests and the protesters' demands.

Therefore, it appears that the attack on the civil movements serves as a proactive reaction on the part of the current government and radical religious militias, which are trying to minimize the chances of civil society having the upper hand in the upcoming elections.