Civilian activists in Iraq have increasingly been subject to attacks, killings and threats from the authorities, militias and terrorist organizations. 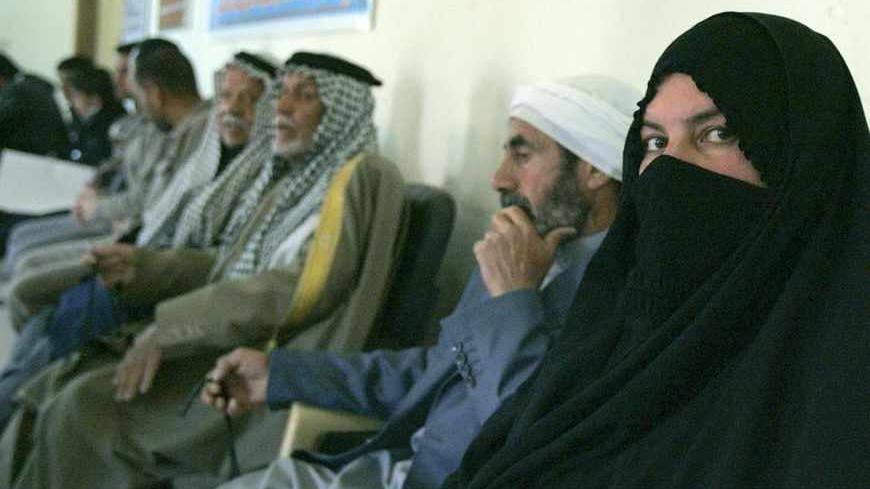 Following the fall of the dictatorial regime, Iraq is still at the top of the list of states whose journalists, media figures and other social activists are exposed to abuse and persecution.

According to the Journalistic Freedoms Observatory (JFO), the first two years following the withdrawal of US troops from Iraq (2012 - 2013) were the worst since the fall of the former regime in terms of violations of press freedoms.

According to a report by the JFO, Iraq has recorded 259 cases of murder of Iraqi and foreign media activists in the last 10 years. Furthermore, 64 activists were abducted, most of whom were killed, while 14 of them are still missing. The perpetrators of these crimes have still not been revealed, given that the crimes were all committed under mysterious circumstances. These violations were neither legally nor politically pursued.

Civilian activists in Iraq are divided into two main categories: governmental and non-governmental. The second category faces a very serious risk. It is targeted by government forces, militias and terrorist organizations all at once. Moreover, the government does not feel responsible for them and abstains from providing them with a minimum level of protection. The Iraqi government continuously passes laws against civil liberties related to social activists through a number of institutions that are concerned with this matter.

These laws include a law to “protect journalists.” This law was totally taken from the former Iraqi laws that criminalize the publication of information in different cases and allows the imprisonment of journalists for up to seven years when they insult the government, according to a report by the Committee to Protect Journalists (CPJ).

The government had previously tried to pass the cyber-crimes law, which was sent to parliament for the first time on July 27, 2011, and for the second time in July 2012.

According to Human Rights Watch, the law is an attempt on the part of the authorities to suppress peaceful opposition by criminalizing the legitimate sharing of information by activists.

Amina al-Thahabi, the director of the documentary film “Conditional Freedom,” described Iraq's current situation as a gradual emptying of the meanings of democracy and related liberties, which would lead Iraq to the era of dictatorship once again. In addition, the control of civil and social activity has significantly changed to include religious and social restrictions, let alone political restrictions. These are not only imposed by legal means, but by more obscure and violent tools.

The documentary “Conditional Freedom” focuses on the paradox of freedom in Iraq following the US invasion. This freedom is completely different from the aspirations of the Iraqi people, who see themselves surrounded by a variety of limitations and restrictions.

The film includes three stories of persecuted independent activists in Iraq: Sardasht Osman, Ahmed Abdul Hussein and Imad al-Abadi. The first was murdered in 2010, for reasons that many believe are related to his articles that sharply criticized rampant corruption among the Kurdistan region's leaders.

Abdul Hussein was repeatedly pursued and arrested, and receiving threats that prompted him to flee Iraq for a short period, due to his secular ideas critical of the political authorities and Islamist parties.

Abadi, however, was shot using a gun outfitted with a silencer, and he unexpectedly escaped after he was taken to a hospital to receive treatment.

The number of casualties among activists increased following the anti-government demonstrations of February 2011. A large number of popular leaders of the demonstrations were arrested, and some of them were killed by weapons with silencers. Chief among these is the activist and playwright Hadi al-Mahdi, who was kidnapped and detained without a court order. Mahdi was subjected to humiliation and beatings, which left him with serious head contusions and a swollen left leg. He filed a complaint against the chief of the armed forces, Iraqi Prime Minister Nouri al-Maliki. Finally, he was found dead after being shot by a silenced pistol on Sep. 8, 2011. The identity of his killer is unknown.

Iraqi activists of religious and ethnic minorities are the most at risk, prompting many to avoid social activism and waive their rights. The few who have participated in social activism, seeking to improve the status of their communities, have been killed in most cases, most notably Jalal Diab. The latter was an Iraqi with African roots who was head of “Advocates of Human Freedom” and one of the founders of the “Free Iraqi Movement.” Diab was assassinated on April 26, 2013 after he tried to run for the local council elections in Basra.

The assassination of Diab provoked wide reactions from Iraq's civil institutions, which led to the publication of the first joint statement aimed at taking action to demand the protection of human rights activists and civil society organizations. The statement was released on June 12, 2013, by a number of independent media organizations and civil society organizations, including the Masarat Association for Cultural and Media Development and the Iraqi Al-Amal Association.

The phenomenon tackled in this article demonstrates the need for the development of the public perception of democracy in the region, which is more than just elections and ballot boxes. Democracy includes respect for freedoms and the protection of free and independent social work.