With the acting minister of defense also taking on the role of minister of culture, as well as an increasing outcry from religious figures against artistic liberties, arts and culture in Iraq are facing a dire situation. 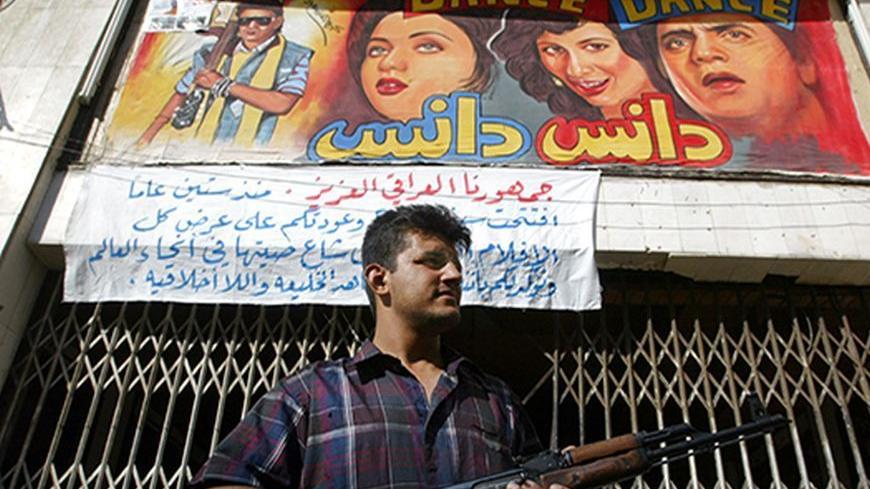 The activities that have begun to move forward in the Iraqi cultural scene continue to be afflicted by the woes inherent in a complete reliance on the government, as was the case under the former regime. There is a dependence on the institutions of the central and local (provincial) governments, where leaders, party officials and influential forces are begged for support.

Part of the legacy of Iraqi culture at present involves “praising the authorities.” A significant number of those who used to praise the dictator (former President Saddam Hussein) are now praising his opponents who rule today. Iraq’s official cultural institutions are plagued by those who give unwarranted praise to influential forces and agencies, thereby replicating the same problem they suffered under the former regime.

Iraqi cultural circles had expected that Baghdad being selected as the Arab Capital of Culture 2013 would help Iraq regain some of the material support for culture, enabling the country to resume the “illuminating” role that it has long been associated with. This would be achieved through a positive change in the seemingly most pressing cause, namely the establishment of real infrastructure, based on the state of art theaters, cinemas and fine arts venues. Yet, they were disappointed. In an article for Al-Hayat, Hashem Shafiq, an Iraqi poet and writer, said that “a budget of more than $500 million was allocated for Baghdad, the Arab Capital of Culture.” What happened to this huge sum? Where was it spent, by whom and on what? In short, Shafiq writes that less than $5 million was spent on activities, seminars and invitations in the framework of Baghdad’s selection as the Arab Capital of Culture. Of this amount, $3 million was spent on renting a Turkish tent for the opening ceremony, at a rate of $1 million per day.

While the Rasheed Theater remains in ruins, given that it was deliberately burned shortly following the end of the war in 2003, the Iraqi Ministry of Culture is still unable to reconstruct the afflicted theater. This is despite its many pledges to complete its reconstruction. At the same time, the traditional People’s Hall in Baghdad is still closed, although it has the potential to be used as a venue for many artistic, musical, theatrical and cinematic performances.

Iraqi writers, journalists and intellectuals unleashed their anger against the Ministry of Culture, after Saadoun al-Dulaimi, a military figure who is acting minister of defense, was appointed minister of culture. One of the writers, Da oud al-Basri said, “The Iraqi Ministry of Culture is not led by cultured people, but by military men. What kind of military men? Imagine that the old Baath regime used to exalt power and violence with its slogan known as ‘The pen and rifle are one and the same.’ Today, as though times have not changed, here comes an Iraqi general, who has nothing to do with culture and its people, as minister of culture.”

Besides the “annihilation” that the supposedly “illuminating role” of Iraqi culture is undergoing because of the government, freedom of expression is being threatened by powerful religious leaders and guides. Religious guide Mohammed Yaakoubi strongly condemned the Iraqi government for holding the Baghdad Capital of Arab Culture events at the same time as the commemoration of the martyrdom of the Prophet Muhammad’s daughter, Fatima al-Zahra.

By the same token, an official in the culture sector was fired after a theatrical show was performed that necessitated, for artistic purposes, the appearance of an actress in a way that suggested she was stripping. This indicates the narrow-mindedness of the major cultural organizations in the country.

Like others, Shafiq said, “Baghdad being the capital of Arab culture is a big lie. Culture is currently in the hands of people who ignore the meaning of the word and the significance of a cultured person’s role.” Many poets, artists and cultured people in Iraq share Shafiq’s view. However, their cries are in vain since the sound of violence is the only one that can be currently heard and is drowning all other voices.

Ali Abdulameer is a contributing writer for Al-Monitor’s Iraq Pulse. A writer, journalist and TV presenter residing in Amman and Washington, he was editor-in-chief of a number of cultural magazines and Iraqi newspapers, and was the managing editor of Iraqi news in the Arabic-language American Al-Hurrah. Abdulameer presented a show entitled "Seven Days" from 2004 to 2010. He is currently working as a correspondent for Al-Hayat.