Siege and war have not prevented Palestinians in Gaza from keeping up to speed with the latest fashion trends. 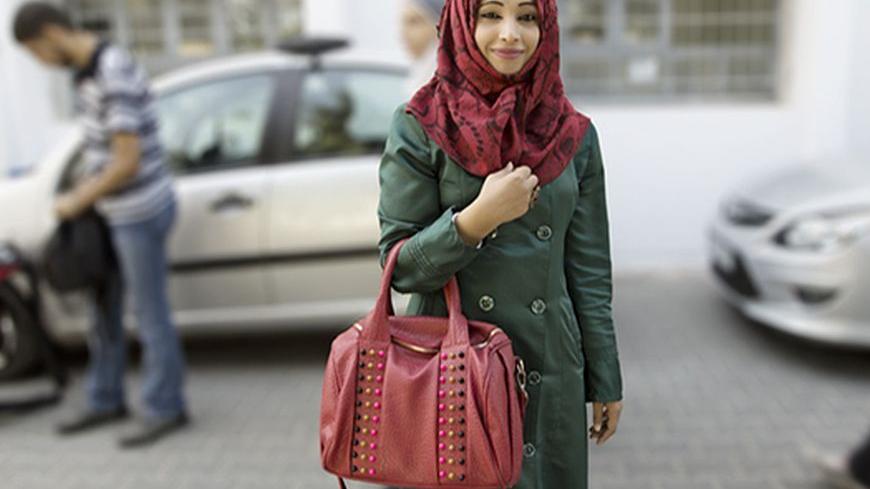 A student from Al-Quds University stands out from the crowd on a busy Gaza street, Oct. 29, 2013. - Sami Haven

GAZA CITY — In the Old City of Gaza, Levi's, Adidas and many other brand names are on display at the largest secondhand shop in the impoverished coastal enclave. Such popular labels are only available at this market, Fras, as the majority in Palestinians in Gaza cannot afford them new but nonetheless still desire them. The Fras Market introduced Palestinians in Gaza to international brands. The goods there are mostly brought in from Israel, and the majority of the brands are Israeli, with a few American and European labels mixed in.

Abu Muhammad Abu Kheir has been a clothes retailer at Fras for more than 15 years. He is satisfied with his work, given the considerable flow of customers. “Although the majority of my customers are poor, I have many well-off customers who regularly come and ask for specific brands,” Abu Kheir told Al-Monitor at his modest shop.

The prices at Abu Kheir’s outlet range from $1 to $10 for secondhand original brands. His prices are considered high compared with those before Israel tightened its siege of Gaza in 2007, after which exports to Gaza ceased until 2010. As a consequence, Israeli traders turned to other countries. After exporting resumed, Gaza traders had to adjust to the new, higher prices.

Unstable borders have always affected trade in Gaza. In 2007 before the tunnels under the Egyptian border were dug, Gaza suffered a serious drop in clothing imports, as well as other goods. After the tunnels became operational, traders smuggled in Egyptian clothes, but they did not satisfy Palestinian tastes. With Turkish television soap operas becoming popular in the Middle East, retailers began importing Turkish clothing, which has been well received by customers.

Abdullah Qassim, who just opened a clothing store at the al-Remal shopping area, considered the most prestigious in Gaza, said that he basically relies on Turkish goods since it is currently the most popular trend. Although the prices at Qassim’s shop are higher than at other outlets, he says that there are enough people willing to pay more to get a stylish outfit.

“I choose my goods based on quality and brand, and I always have customers who are interested,” Qassim explained. Given a choice between original brands and high-quality imitations, he opts for the latter because the originals are not affordable in Gaza. The unstable financial situation makes retail difficult, even for “elites,” who are normally the best customers. “These relatively rich people are [also] a part of the society. They are normally affected by economic changes [as well],” Qassim noted.

Despite the demand for international brands, no major retailer would risk opening an outlet in Gaza given the chronic instability. In addition, some Palestinians still consider buying American and Israeli brands immoral in light of the ongoing Israeli occupation.

In August, the well-known Israeli clothing brand Fox was prepared to open a branch in Ramallah before outrage spread on social media, with Palestinian activists calling for a boycott of Israeli goods. Although Israeli labels do not have outlets in Gaza, shops that sell them are among the most popular. According to consumers, Israeli products are considered the best in Gaza, except among the few who prefer to boycott them.

Yara Hussam said that among all the clothes in Gaza, she prefers Israeli labels because of their quality. “I wish I could boycott [them], but I prefer the Israeli brands over the Turkish for being better in quality and prices,” Hussam explained.

In addition to the high tax rate of 14.5% that retailers must pay on their goods, renting a shop in Gaza can cost more than $5,000 a year, according to Qassim. Thus, consumers end up having to buy expensive goods.

Aya Sameh said that she prefers getting her clothes from Jordan because of the prices in Gaza and the limited options. “I can’t find all the brands I look for, and even when I find them, they are always too expensive.”