The Real Beneficiaries Of Erdogan’s Democracy 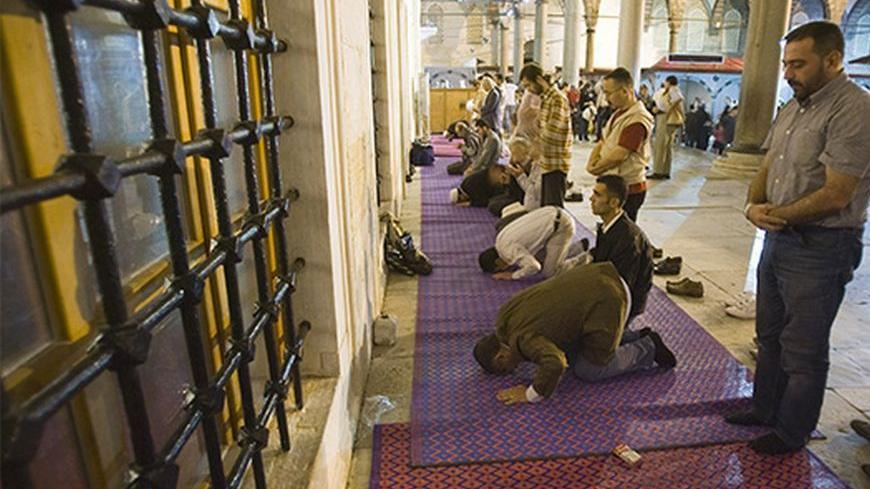 Some view it as a “silent revolution” while others say “the mountain gave birth to a molehill.” There are also those calling it “treacherous” because it whittles away at core values for Turkish nationalists.

How one views Prime Minister Recep Tayyip Erdogan's “democratization package,” which he announced to a riveted nation on Monday, Sept. 30, depends on one’s political outlook in an increasingly polarized Turkey. The reasons for considering the package in a positive or a negative light are listed in the extensive coverage on the topic by Al-Monitor.

Turkey’s large Kurdish and Alevi minorities, for example, believe that although the package contains some advantages for them, it falls short of answering many of their democratic expectations. Then there are the other minorities like Turkey’s Christian citizens, most notably members of the Greek community, who feel they got nothing out of this exercise.

There is nevertheless one glaring aspect of the package that is beyond dispute. Namely that whatever it may do — or not do — for minorities, it lifts major restrictions on devout Sunnis imposed by previous secular governments. The Islamist section of society, which largely supports Erdogan, is therefore happy — a fact that is reflected in the warm reception the package got from pro-government media.

Rasim Ozan Kutahyali’s piece on the topic posted in Al-Monitor on Oct. 1 contains a list of the key items the government is prepared to concede with regard to these minorities. Kutahyali is, of course, among those who see the package as a “silent revolution” for Turkey.

A perusal of what other Al-Monitor contributors like Cengiz Candar, Orhan Kemal Cengiz, Yavuz Baydar and Tulin Daloglu have written, on the other hand, shows the picture to be far from rosy. There is also a backdrop to all of this that casts some doubt on Erdogan’s sincerity with regard to genuine democratization.

For example, although Turkey is currently viewed as the world’s largest prison for journalists by international media watchdog groups, Erdogan did not announce anything on Monday that would start doing away with this negative image.

On the contrary, this image was further worsened when the government refused to allow a group of newspapers and new channels that follow a strong anti-government editorial line to cover Erdogan’s news conference, even though he was supposed to be announcing more democracy for Turkey.

Meanwhile, the country continues to reel from the effects of this summer’s Gezi Park protests, which shed an extremely negative light on the state of democracy and human rights in Turkey.

Those protests, which continue sporadically, revealed once again the intolerance toward democratic demonstrations and the police brutality against anti-government demonstrators, which is the subject of Amnesty International’s latest damning report on Turkey,

In addition to this, the Gezi Park protests also revealed the degree to which the government is prepared to go to protect policemen (Erdogan referred to them as “heroes”), who in a true democracy would be held accountable for their brutality, especially where this resulted in the deaths of demonstrators.

Charges have been brought against some policemen in the case of deaths involving demonstrators. But these cases are not due to a government that acted out of an innate respect for human rights and democracy. They are the result of a determined media which, despite all restrictions and threats, has refused to let such matters rest.

Anticipating such criticism, Erdogan started off apologetically when announcing his democratization package on Monday and indicated he was aware it would not satisfy every demand, and went on to say more such packages were on the way. This is not the first of such packages by the government, of course, with previous ones having provided an important cultural opening for the Kurds in particular, even though these were deemed insufficient.

This latest package nevertheless continues the government’s trend of “piecemeal democratization,” rather than representing a comprehensive approach designed to meet urgent democratic requirements.

While there are issues that are highly touchy for nationalist Turks, mostly to do with Kurdish rights, Erdogan nevertheless has a strong enough mandate from the electorate — which for all intents appears to be holding — to override criticism from that quarter and push for a genuine “silent revolution,” should he desire to do so.

This he has not done, which shows that there are lines he is not prepared to cross yet, even if he is in a position politically to take bold steps. This is also a key factor that is fueling the skepticism toward his democratization packages, past and present.

But, as mentioned already, there is a true beneficiary in Erdogan’ latest democratization package, and that is his Islamist grassroots supporter. For one thing this package abolishes the ban on women wearing Islamic headscarves in official institutions, except the police, the military and the judiciary — although these restrictions could be lifted too in the subsequent “democratization packages” promised by Erdogan.

This is a major gain for Islamists, who have the potential now not only to hold public office in their religious garb — a fact vehemently opposed to date by the staunchly secularist Kemalist establishment — but who can also become school teachers, for example, and hold other such public positions where they have influence over young and impressionable minds.

It is also noteworthy that while the government is prepared to push for these highly controversial benefits for Sunnis, it still refuses to concede the principal demands of Alevis, who not only want to have their social status acknowledged, but also to enjoy legal protection against discrimination from predominantly Sunni officialdom.

Erdogan’s latest package also proposes increased penalties for religious hate crimes and acts that prevent people from "living according to their religious beliefs." Normally, this would be welcomed because it would be seen as protection against discrimination and taunts on the grounds of religion for Alevis, Jews and Christians in a predominantly Sunni country.

But Turkey is a country where the world renowned pianist Fazil Say is currently fighting legal charges on the grounds of insulting Islam, an accusation he rejects. Erdogan’s democratization package enables overzealous Turkish prosecutors, of which there is no shortage, to use the law to bring charges against anyone deemed — on the basis of subjective and religiously motivated appraisals — to have insulted Islam or the Prophet Muhammad.

On the basis of past experience, there is every reason to doubt that the same force of law will be brought to bear on those who utter anti-Semitic remarks or who ruffle the religious sensitivities of Alevis, Armenians or Greeks. This latest move by the Erdogan government will therefore most likely be used to protect Sunnis, and increase their rights, as well as their ability to influence society from a privileged and protected position. Some analysts have referred to this situation as “reverse Kemalism.”

It is clear, therefore, who the real beneficiaries of Erdogan’s latest “democratization package” are. This fact alone will make it hard for Erdogan to convince those who did not vote for him that his heart is in the right place in term of democracy. In other words, what is ostensibly meant to increase democracy will more likely end up increasing polarization in an already divided Turkey.