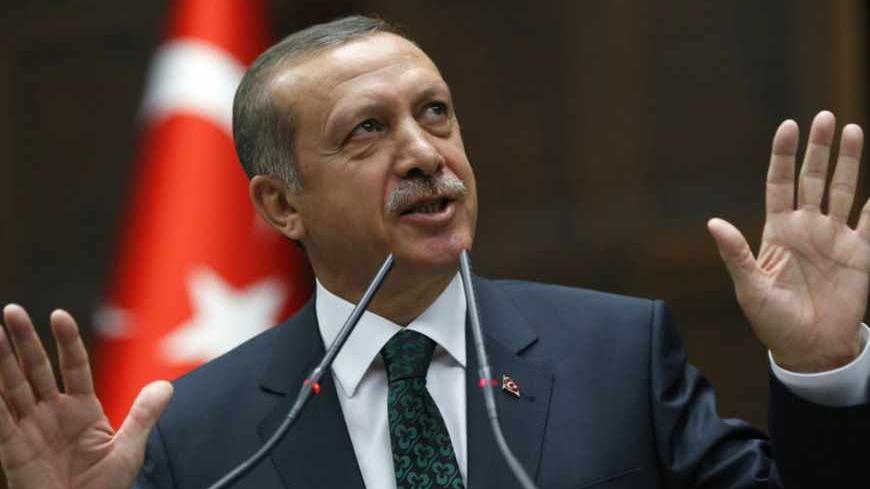 “Two Turkeys have emerged and there is no hope left that Erdogan can unite them,” Bonino, a proven friend of Turkey and an avid supporter of Ankara’s bid for EU membership, told reporters in Rome on June 18, according to the Italian news agency ANSA cited by the mainstream Turkish media.

Responding to Bonino on the pro-government TGRT channel on June 20, Foreign Minister Ahmet Davutoglu said he was “in a state of infuriation” over the way recent events in Turkey were reported by the Western media. “There is an attempt to create such an atmosphere that even the closest friends of Turkey feel the need to make statements that are hard to understand,” he said.

Pointing at the demonstrations in Brazil, Davutoglu added, “No one is saying there are two Brazils. No one is saying we are worried about Brazil’s future. No one is calling on the Brazilian government with an air of superiority to ‘go and establish a dialogue with [the demonstrators].’” He said, “No foreign minister can talk like this about my country,” and, “In Turkey, there is only one Turkey.”

In fact, Bonino’s observation is not completely off the mark, and her doubts about Erdogan’s ability to unite the country appear justified at a time when he continues to inflame divisions with angry rhetoric aimed at his opponents. As for Davutoglu, he is wrong in arguing that there is “only one Turkey,” especially after the rule of his own Justice and Development Party (AKP) has managed to deepen social divisions, particularly between secularists and Islamists.

But Bonino is wrong in believing that only two Turkeys exist. In fact, more than two Turkey’s have emerged over this past decade, and this is becoming increasingly apparent as the AKP tries to impose its own ideological outlook on the country. The events starting with the Gezi Park protests, however, have shown Erdogan and members of his government that this attempt is bound to result in trouble, almost as a sociological certainty, in a country as heterogeneous as Turkey.

Turks who were born in the 1950s — myself included — as the progeny of the generation that founded the “modern and secular” — but far from democratic — Turkey, grew up with the myth of a unified and western-oriented nation that was marching toward the future in the footsteps of Mustafa Kemal Ataturk, the revered founding father of the secular republic.

Going against this imposed “political format” on the grounds of religion, ethnicity or ideology could land you in prison, a not uncommon fate shared by many prominent personalities in the past. Secular as they may be, Turks were nevertheless considered to be Muslim, according to the official ideology; but were seen as Sunnis subscribing to secular values that emanated from the West in opposition to the religious obscurantism of the Ottoman past.

Alevis, who number in the millions in Turkey, on the other hand did not exist under this ideological format, and where their existence had to be acknowledged, they were shunned and subjected to a host of social prejudices similar to those suffered by Jews in pre-war Europe. As for Kurds, they were said to be “mountain Turks” whose different-sounding language was merely a bastardized version of Turkish, and whose appellation of “Kurd” was an onomatopoeic representation of the sound they made when walking in the snow.

Then there were the secular leftwing elements of society that did not subscribe to the Kemalist outlook and who strived for a more egalitarian Turkey based on the interests of the downtrodden workers and peasants. “Kemalism,” as the ideology came to be termed, was as much an enemy of devout religiosity and ethnic difference, as it was of leftist and egalitarian ideologies, not to mention Western style social liberalism.

Ironically, it was the AKP that broke this mold after coming to power in 2002 by opening a Pandora’s Box that showed just how heterogeneous Turkey really is. Its prime motive in doing this was, of course, to lift the restrictions imposed on the devout, such as the ban on headscarves in universities and public offices. That it did this in the name of democracy also appealed to many liberals who had an ax to grind with the Kemalist regime and its overbearing military, which always interfered in the democratic process to protect the ruling ideology in the past.

These liberals were also pleased to see the AKP, which has been increasingly driven by a desire to avenge the suffering meted out to its followers in the past, embark on what has turned into a war of attrition against Kemalists. The staunchly Kemalist military’s ability to interfere in politics was severely curtailed in this process, much to the delight of a host of diverse elements from the deeply devout to the ultra-liberal.

But in doing all of this the AKP also released forces, especially among the young, that it now looks on with derision, and whose profile is clearly represented in the modern, Western-oriented, and well-educated youth that took to the streets after the brutal police crackdown on the peaceful Gezi Park protestors on May 31.

Many who complained until not so long ago that the Kemalist mold did not represent the diversity of Turkey have come to believe that one form of ideological imposition is being replaced by the AKP with another, which in this case is an Islamist one that is increasingly seen to be meddling in the private domain.

Much to the chagrin of AKP ideologues, the mishandling of the Gezi Park protesters, when combined with attempts to interfere in secular lifestyles by the government, has also spawned a new reverence among young people of all political shades for Mustafa Kemal Ataturk, whose portrait features prominently during the ongoing anti-government demonstrations.

The Mustafa Kemal Ataturk of today’s youth, however, does not represent the same thing that it did for previous generations. In reaching out to Ataturk today, they do not see a leader in whose name authoritarian policies were imposed in the past. Instead they see a libertarian leader whose secular, modern and Western outlook is the antidote against attempts to Islamize the country through anti-democratic and authoritarian legislation.

All of this points to the existence of a country whose diversity includes a host of different elements, including gay people who came out in numbers in Istanbul recently to protest the government. It also includes ultranationalists who abhor that Kurds are gaining more political rights. One could argue that this country is uncharted territory for modern sociology given the variety of groups that constitute the mosaic that is Turkey.

Turkey is, of course, a predominantly Muslim country, and most Turks are believers of one shade or another. But not all Turks are prone to Islamism, or religion for that matter, as recent events have shown. If Erdogan cannot come to terms with the diversity of the country, and govern it accordingly, he will lead it to more turbulence, regardless of his continuing popularity. He must also remember that even those who support him can take only so much turbulence before it starts biting into their interests.

Semih Idiz is a contributing writer for Al-Monitor’s Turkey Pulse. A journalist who has been covering diplomacy and foreign policy issues for major Turkish newspapers for 30 years, his opinion pieces can be followed in the English-language Hurriyet Daily News.