Following the Yemeni revolution, the local Muslim Brotherhood has worked to expand alliances, but often at the expense of their revolutionary partners, which could cost them vital public support. 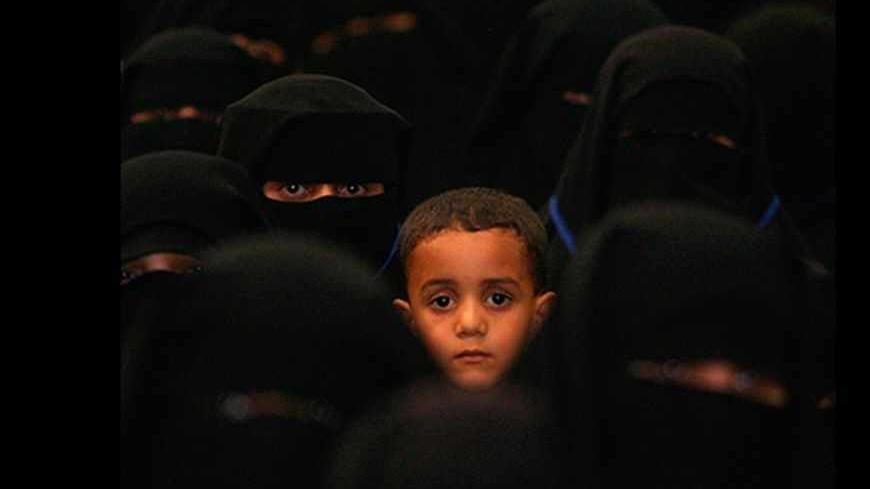 Sheikh Abdullah bin Hussein al-Ahmar, the founder and president of the Reform Party (Al-Islah), the political arm of the Muslim Brotherhood in Yemen, admitted that the party was established on Sept. 13, 1990, as part of a deal with former President Ali Abdullah Saleh, with the aim of opposing the Yemeni Socialist Party (Saleh’s partner in Yemen’s unification).

This is because Saleh and his own party — the General People’s Congress — could not do so themselves for ethical reasons because they were the Socialist Party’s partners in the declaration of unification on May 22, 1990. But Sheikh Ahmar died at the end of 2007, and the party that he established was transformed to lead, in 2011, the youth revolution against its former ally Saleh, with Ahmar’s son, Humaid, becoming Saleh’s most prominent adversary.

It can be said that the Brotherhood’s alliance with Saleh’s regime came mainly as a result of the existence of the Yemeni Socialist Party, the main entity that could effectively compete against them both. The alliance began upon the party’s founding in Aden during the same year that Saleh ascended to power (1978). It lasted until Saleh and the Brotherhood ousted the Socialist Party from the political equation, in its capacity as partner in unification and the administration, following the war of 1994.

Ironically, the Socialist Party, or what remained of it, later allied itself with the Brotherhood against Saleh, as part of what is currently known as the Joint Meeting Parties (JMP). This was because Saleh, once his attack against the Socialist Party was completed, endeavored to strike against his historical ally (the Islah Party) in stages.

The most important among the latter was his decision to dismantle, in 2001, the scientific institutes system, which constituted the most important human resource and organizational framework used to spread [the Reform Party’s] philosophy. This decision was taken because the Muslim Brotherhood’s control over these institutions for nearly a quarter of a century constituted a parallel, and government funded, educational system, which the Brotherhood used to attract tens of thousands of students and teachers who became, and remain, some of the most prominent of the organizations’ leaders. Saleh decided to dismantle the system only two years after the Reform Party (the Muslim Brotherhood) nominated Saleh for the 1999 presidential elections, even before the General People’s Congress (Saleh’s party) did. This painful blow suffered by the Brotherhood constituted a break that would not heal between Saleh and his traditional allies, with the conflict between the two former allies reaching its apogee during the 2006 election, when the Reform Party and its partners — in an unprecedented move — stood against Saleh to endorse his opponent Faisal Bin Shamlan. Nevertheless, Saleh temporarily won the round back then.

The Muslim Brotherhood in Yemen

Yemeni personalities formed relations with the worldwide organization of the Muslim Brotherhood until the organization established its first cell in Yemen during the early 1960s. In doing so, the Brothers relied on the Yemeni people’s strong tribal affiliations and religious fervor. They then formed an alliance with Saudi Arabia and participated in all stages of Yemen’s political transformation as a behind-the-scenes force that succeeded, during the reign of President Ibrahim al-Hamdi, in establishing a parallel religious educational system that remained in place until 2001. The socialist expansion emanating from the South bolstered the Brotherhood’s alliance with Saleh’s regime during the wars for the central regions (1978-1982) against what they called the communist tide, with direct support from Riyadh.

With the adoption of a multi-party system in Yemen following unification in 1990, the Brotherhood, along with its most important tribal ally, Sheikh Ahmar, announced the formation of the Yemeni Congregation for Reform, which was headed by Ahmar until his death. But the congregation’s organizational authority remained firmly in the hands of the Brotherhood, because they considered their tribal ally’s function was to simply afford them protection. As was previously mentioned, the Brotherhood’s alliance with Saleh’s regime lasted until 2001, when disagreements between them escalated until they peaked in 2006, after which Saleh described the Brotherhood as merely a “card” that had become obsolete. Yet, this same obsolete card brought about his demise in 2011.

The Muslim Brothers led the youth revolution against Saleh and rallied strongly in its favor. Their regional alliances drew them toward Doha, the main backer of what came to be known as the Arab Spring revolutions, with Riyadh remaining in the picture, for a while, as their traditional ally.

When Saleh was removed from power as a result of the Gulf Initiative, which Saudi Arabia sponsored because Saleh refused Qatari intervention, the JMP divided the reconciliation government’s cabinet positions between them and Saleh’s party (the People’s Congress). But the Brotherhood’s influence gave them the ability to transcend their position as mere partners and try to monopolize power, even if at the expense of their own partners. The Brothers therefore endeavored to control key positions of the regime, to the point where they, and their ally Maj. Gen. Ali Mohsen al-Ahmar, were accused of enlisting a great number of their supporters in the ranks of the army and security forces, which some estimates put at tens [of thousands] during the past two years.

The Brotherhood and the reshuffling of alliances

The Brotherhood accused Saudi Arabia of favoring Saleh and helping him relinquish power in an honorable fashion. As a result, they strengthened their alliances with Qatar and Turkey, once the identities of the new interconnected and opposed regional powers became known to them — namely Tehran, Ankara and Riyadh — particularly following the June 30 movement, which deposed the Egyptian Brotherhood from power.

Yemen’s Brotherhood gravitated toward Turkey and Qatar and endorsed (even if its leadership publicly denied that) a military strike against Syrian President Bashar al-Assad’s regime; a stance that augmented its hostility toward Iran and the Tehran-allied Yemeni Houthi movement. They also advocated the return to power of former Egyptian President Mohammed Morsi, thus consecrating their newly found animosity toward Saudi Arabia. The latter backed the army’s removal of Morsi by force, and former President Saleh’s party, which endorsed Riyadh’s stance toward the Egyptian events.

The Brotherhood’s losses and expansion

The current national reconciliation government prime minister’s allegiance to the Reform Party has allowed the Brotherhood to control quite a few of the key posts in the state’s civil and military institutions. But, at the same time, this has led to the Brotherhood losing their partners in the revolution. The latter regarded this as an attempt by the Brotherhood to marginalize them, monopolize power, and renege on the principles of partnership that they all agreed upon. As a result, many leaders and members of the JMP became opponents of the Muslim Brotherhood.

Because nature abhors a vacuum, and because the Brotherhood’s allies are relatively weak and only rely on political rhetoric that lacks real-world power, similar to that possessed by the Brothers and their current traditional foes, the Houthis, the latter were able to attract and recruit some national and leftist leaders, thus stripping the Brotherhood of their credibility among their allies.

If we looked to the South, we would find that the Reform Party (the Brotherhood) stood allied with Saleh in the 1994 war against South Yemen. Some of the Brothers’ religious leaders issued fatwas that justified fighting in that conflict, while still strongly objecting to demands by members of the South Yemen Movement to disengage from the North. Furthermore, the actions of some Brotherhood supporters against the South Yemen Movement lately, led to Southerners taking a negative stance toward the Brotherhood, as a reaction to the historically bad relationship that existed between the Brothers and the South.

Based on the aforementioned, and despite the Brotherhood’s pursuit of and preparations to attain power in Yemen — particularly after losing it in Egypt, and notwithstanding all the Qatari/Turkish backing and support — their chances of achieving their goals are dwindling with every hurdle suffered by their relationships with partners and opponents alike.

This is especially true considering that some of their partners have accused them of exploiting their current influence to realize temporary gains through protracted battles meant to impose their representatives on certain posts, even higher ranking positions such as director-generals. This was the case lately when a presidential decree was issued to appoint one of their members to the post of education superintendent for Taiz. This decision went against the wishes of the province’s governor and was in violation of the results of the contest organized to grant the post to the most competent candidate, which was won by another person just a few months prior. Moreover, a person lacking the proper competencies was appointed to the post of deputy oil minister for financial affairs.

Furthermore, a document was recently made public that shows the prime minister granting the University of Sciences and Technology (controlled by the Brotherhood), a 99-year lease to a 10,710 square meters [about 2.5 acres] government-owned piece of land, at an annual, nearly free, rate of $8,643.

The Yemeni Brothers, despite their great organizational skills and celebrated astuteness, have yet to realize that such trespasses can only lead to a decline in their popular approval ratings, and that their gluttony for and haste to put their hands on the spoils of power and the revolution only give their opponents free ammunition that can be used against them in elections.

The Yemeni Brotherhood did not learn from Morsi’s experience in Egypt. Their blindness and insistence on relying on the organization’s power and alliances, their overconfidence and marginalization of their partners will never lead them to a happy ending. For greed destroys all, as the old Arabic proverb says.

Farea al-Muslimi is a Yemeni youth activist, writer and freelancer. His work has appeared in The National, Foreign Policy, As-Safir and many other regional and international media outlets. On Twitter: @AlMuslimi