Saudi Arabia is treading carefully in Yemen, especially following the overthrow of Mohammed Morsi in Egypt. 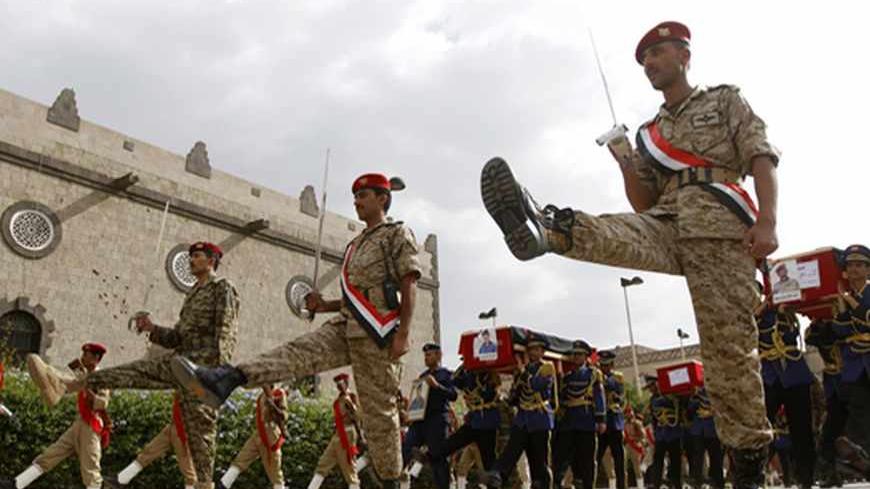 After the war came to an end and the Taif Agreement of 1934 was signed between Yemen and Saudi Arabia, the behavior and mindset of the kingdom in dealing with Yemen was that of the rich victor against the poor vanquished. The kingdom acquired three provinces from the historical country of Yemen — namely Jizan, Najran and Asir, whose surface area equals approximately half of that of Yemen.

Later on, the kingdom dealt with these regions with a heightened sense of Yemeni nationalism in a way that goes against the will and desire of these feelings. Examples can be seen during the September 1962 revolution, the June 13 movement and the 1990 unification of Yemen, in addition to the issues that preceded and succeeded these events and that have yet to be resolved. These include dealing with the 10% of the Yemeni population (2.5 million citizens) residing in the kingdom without taking into consideration the dignity of its Arab neighbor.

The kingdom and the 2011 Yemeni Spring

Yemenis saw in the youth revolution against the regime of former President Ali Abdullah Saleh an opportunity favoring the establishment of the long-sought modern state, the realization of which had been impeded by Saudi Arabia with its various interventions in 1962, 1974 and 1990.

For its part, Saudi Arabia dealt carefully with the Yemeni Spring using a different and innovative approach from the one used with the other Arab Spring countries, to guarantee a prospective relationship with the emerging powers there, in a way that would inflict the least possible losses in case they went beyond the scope of the usual royal containment.

Suddenly, the Yemeni powers agreed on the Gulf Initiative that was presented by Saudi Arabia and the Gulf countries — Qatar being a main partner — which stipulated the waiver of powers of the then-president to his deputy in exchange for parliamentary immunity against any prosecution from the part of his ruling partners, including those who revolted against him. The initiative stipulated also the formation of a national consensus government provided that half of its members belong to the former president’s General People’s Conference party, while the rest were revolutionary powers.

The youth perceived what happened as a betrayal of the revolution. The Gulf Initiative that was imposed by Saudi Arabia, however, dealt with the political powers and did not take the youth into consideration.

Saudi Arabia was able — as the disputed parties signed the agreement in November 2011 in Riyadh — to provide a cover for an honorable removal of Saleh, which was better than what his Arab Spring counterparts ended up with.

In addition, the kingdom succeeded in transforming the youth revolution into a crisis that was settled politically, away from the youth, their opinions and aspirations and against the will of the Houthis in particular. Saudi Arabia fought with the Yemeni army in 2010 as it accused the Houthis of working in favor of Iran on its southern borders and violating its sovereignty. Despite the difference in power, Saudi Arabia could not win over the untrained Houthi militants whose arms amount to nothing in comparison to the high-tech Saudi weapons. It can be said that the Saudi army was humiliated.

On the other side, the Houthis announced their refusal of the Gulf Initiative, or the “Saudi-US Initiative” as they called it.

Riyadh was the first stop for Abed Rabbo Mansour Hadi after his election as the president of Yemen. He obtained the needed support in terms of money and oil during that delicate phase the country was going through. Also, Saudi Arabia took charge of some preparation sessions of the London and New York conferences for the Friends of Yemen group, given the fact that it is one of the most prominent donors.

Suddenly, the news shifted from Riyadh toward the construction of a barrier between Saudi Arabia and Yemen and laying a road within the Yemeni borders delineated in 2000. Then, the situation developed into implementing a new work law, which would lead to the dismissal of hundreds of thousands of Yemenis from Saudi Arabia, in a step that proved contradictory to Saudi rhetoric.

Hadi — as he governed Yemen during exceptional situations and dealt with political skirmishes, lax security and the commitment to solve fateful issues — did not expect to face Saudi pressure that aimed to meet the strategic requirements of Saudi Arabia, while he relied on the kingdom to support him.

The anger Saudi Arabia felt against Hadi gradually intensified for many reasons, including the genuine integration of the Houthis into the national dialogue. The Houthis were able to gain popular support as a result of the resentment the Yemeni public harbors against Saudi Arabia, which is historical and has deep-rooted and clear reasons.

In all cases, Yemen’s history with Saudi Arabia can only explain the implementation of the work law and the creation of a crisis on the Yemeni border, as a means to pressure Yemen to fulfill Saudi Arabia’s weighty requirements that had already been refused. The same happened in 1991, when Saudi Arabia kicked out around 1 million Yemenis in light of the Yemeni stance toward the war on Iraq, following the Kuwaiti invasion.

The delicacy of the relationship between both countries, whose details are shrouded in secrecy, renders clear the silence of Sanaa in regard to these royal pressures and the visit of Hadi to Doha instead of Riyadh before heading to the United States.

The Yemeni Muslim Brotherhood has allied with the kingdom since the 1960s and Sheikh Abdullah al-Ahmar — the most prominent Yemeni Brotherhood figure in the kingdom — became leader of the new Islamic Party founded in 1990, along with other prominent figures who were historical allies of Riyadh.

Recently, Qatar infiltrated what was deemed as a monopolized Saudi territory in Yemen and built great relationships with Islamic political figures. This was shown through the systematic support provided by the Qatari Al Jazeera channel to these figures, even prior to the Arab Spring.

Some sources spoke of Saudi Arabia and Qatar funding the transfer of Yemeni militants to Syria to fight with the Free Syrian Army, with the cooperation of local religious authorities. Meanwhile, local newspapers reported on some fighters who had managed to escape from Syria. They even said that the Russian ambassador to Yemen met with the leader of the Islamic Yemeni Congregation for Reform to talk him out of sending militants to Syria, because this would mean certain death for them. The authenticity of this news usually depends on the concerned parties’ denial of the claims, and nothing of that sort happened, which tips the balance in favor of these claims being true.

This behavior was the last indicator on the cooperation between the two countries and the rapprochement of their views on Yemen. The latest developments in Egypt have put the two countries on a crossroad. Qatar has shown its favor for deposed President Mohammed Morsi, unlike Saudi Arabia, which called on Hadi and put pressure on him to support the new transition in Egypt. Hadi expressed his stance through a congratulatory letter that raised the ire of his Islamic partners in rule. Yet, Saudi Arabia did not seem to tone down its demands. According to a high-ranking Yemeni official who spoke to Al-Monitor on condition of anonymity, Riyadh asked the Yemeni president to tighten his grip on the Muslim Brotherhood, a demand that was refused by Hadi as it risks dragging the country into chaos.

If the aforementioned proves true, it means that Saudi Arabia has lost ties with an effective component in Yemen. The Muslim Brotherhood is the most suitable alternative to the Houthis, who explicitly oppose the kingdom. Lately, however, the stance of the two organizations have witnessed a rapprochement in regard to the kingdom. Therefore, there is not any other apt party to fill this vacuum in the near future except for Salafist extremist powers.

Saudi Arabia is still serving as a knife that stabs into Yemen at times, while only lightly brazing it at others. Between the stab and the brazing it plays the role of the healer, without even admitting to its crime.

It angers Saudi Arabia how the Yemenis perceive it to be the injurious party instead of a philanthropic healer, while it denies the first role and vehemently strives to prove the latter.

The Saudi stabs weakened the immunity of Yemen. The attempts at healing it have ignited the strong soul that refuses anything coming from Saudi Arabia and has left no available way for reconciliation between the poor southern country and its tyrannical neighbor.

The wounds of history and geography are untreatable, just as hard currencies cannot serve as effective antibiotics.