Will a Rafsanjani Be Tehran's Next Mayor?

Tehran's next mayor will be following large personalities who filled that position and will need to address many of Tehran's urban issues. 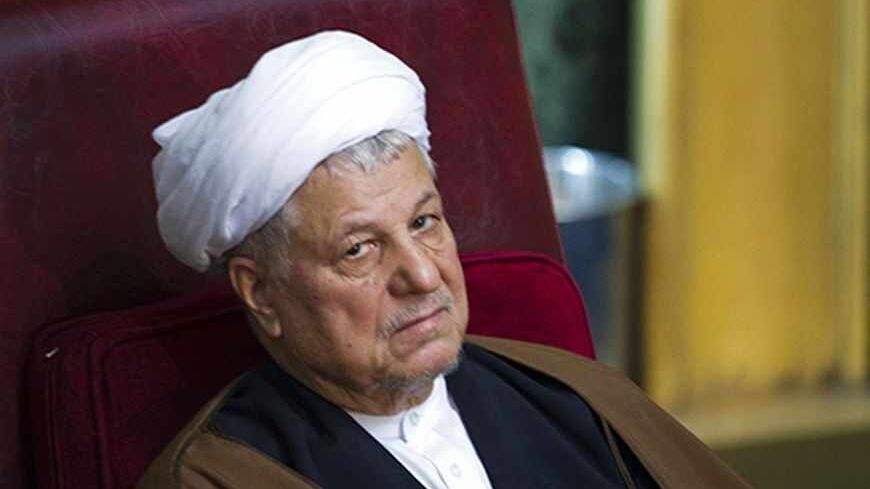 A correspondent in Tehran
September 3, 2013

Tehran, Iran’s capital of 12 million, a city which is called "enormous," has gone through 15 mayoral elections involving various political groups within the Islamic Republic power structure since the 1979 revolution.

Tehran's mayor is chosen by Tehran's City Council. While the Principlists have received a majority of the votes between 2002 and 2013 owing to the sweeping disqualification of Reformists or sulking citizens avoidance of the ballot box, the tide has turned and the Reformists have a decisive majority in the council and are considered the municipality's decisive voice.

Over the past three decades, Tehran’s mayors have traditionally been elected chiefly from among political celebrities. According to a well-known political journalist, "There is no doubt that [Tehran’s] most important mayors have been Gholamhossein Karbaschi, Mahmoud Ahmadinejad, and Mohammad Bagher Ghalibaf." He continued, "Of course, they have mostly been rabble-rousers. Otherwise, [Mohammad] Tavassoli [Tehran’s first mayor after the revolution, under the provisional government] would also have left a name for himself."

Karbaschi is the former general secretary of the Executives of Construction Party and one of Ayatollah Hashemi Rafsanjani’s closest allies. He remained Tehran’s mayor for nine years (from 1989 to 1998), but ultimately landed in prison. In 1997, he supported the electoral campaign of Mohammad Khatami and remained in his post when he was elected. But in 1998 he, along with a number of his advisers and mayors in Tehran province, was brought into the custody of the intelligence division of the security services commanded by Mohammad Reza Naghdi, current commander of the Basij, arrested and interrogated and, according to his announcement during his sensational trial, tortured. He was accused of financial crimes by Judge Gholam-Hossein Mohseni-Ezhe’i, the current general prosecutor, and convicted and sentenced to three years in prison and 10 years banishment from government work. He was accused, among other things, of using Tehran’s municipal resources to support "a private candidacy" during the seventh presidential elections.

Although Karbaschi’s mayoralty ended badly, it presented an opening for Ahmadinejad’s political good fortune. He was elected mayor of Tehran in 2003 on the coattails of the victory of a faction of the Principlists called the Alliance of Builders of Islamic Iran in the urban and rural elections. In 2005, while being the least likely candidate for the presidency among political celebrities like Rafsanjani, Mehdi Karroubi, Ali Larijani, and Ghalibaf, he was able to get elected to the presidency of Iran in an astonishing fashion.

Throughout his activity as mayor, Ahmadinejad showed his anti-cultural policies, in contrast to those of Khatami’s reformist government. He shut down several cultural and artistic centers, buried the bodies of those killed in the Iran-Iraq war in the city’s promenades, and even tried (unsuccessfully) to shut down Tehran’s International Exhibition Center while the annual book fair was being held.

After Ahmadinejad, Ghalibaf was elected mayor. He was, after Karbaschi, modern Iran’s longest-serving mayor. He waited for eight years to become a candidate for the presidency. His idea was that in the absence of well-known candidates from the Green Movement and the Reformists, such as Mir Hossein Mousavi, Karroubi, Khatami or Rafsanjani, he had the best chance to win this year’s June elections. But the moderate candidate, Hassan Rouhani, was supported by Khatami and Rafsanjani during the last three days of the electoral campaign, and the odds turned against Ghalibaf.

It seems that the Reformists are disinclined for Ghalibaf to remain mayor of Tehran. although this former commander of the Revolutionary Guards’ air force is lobbying to remain in the post. At present, figures like Mohsen Hashemi, Rafsanjani’s eldest son and the former operations manager of the Tehran subway system, Mohsen Mehr-Alizadeh and Ma’soumeh Ebtekar, former advisers to the Khatami government, are Ghalibaf’s serious competition. One official close to Mehr-Alizadeh, who did not want to have his name disclosed, said:

"Ebtekar has two votes in the City Council. Nasiri, who is now … [leader] of Region 22, has a few votes. Ghalibaf has said in recent weeks that he would not enter the race, but a few days ago he said he would. Khatami has a positive view of Mehr-Alizadeh. Hassan Rouhani, too, said that Mehr-Alizadeh would win, and told Ghalibaf, 'I cannot help you.' Mehr-Alizadeh has come before Ayatollah Rafsanjani and told him that he would stand against Ghalibaf, but not against Mohsen Hashemi. Rafsanjani told him, 'Mohsen’s candidacy is bogus. I told him to run but withdraw the last minute. Do what needs to be done.'"

This source claims that Mohsen Hashemi has about 17 votes in the City Council, which was elected June 14, the same day as Rouhani. There are 31 members of the City Council. However, as an informed official in the Tehran City Council told Al-Monitor, "Ghalibaf never withdrew his candidacy. How could he come back to it? The Reformists’ first and last choice is also Mohsen Hashemi, and it has not changed yet."

While ordinarily the newly elected Tehran City Council would elect the mayor on Monday [following its own leadership elections], the source said, "These elections were put off for the next week." In criticizing Ghalibaf’s record, the source says, "In his time, financial accounts were not transparent. Short-term projects and some very big projects with huge costs were executed without any accounting, and he even used the mayor’s resources for his own election campaign."

A sociologist and urban researcher said in regard to Ghalibaf’s management style, "He is one of those mayors who never paid attention to urban infrastructure." He listed Ghalibaf’s errors as follows: "Inattention to subway transportation, a lack of support for the state of the sewage system, the construction of multilevel highways and bridges was nothing but campaign propaganda that only added to traffic congestion, not announcing the balance of costs for projects completed and their review, the destruction of Tehran’s gardens on a vast scale, and abandoning the green belt in north and south Tehran to construction. All this indicates Ghalibaf’s campaign perspective on Tehran’s complicated issues."

Among the current candidates for mayor of Tehran, this source goes for Mohsen Hashemi. "Mohsen Hashemi enjoys superior powers of management. Thus, his management of the subway gave him a certain degree of acquaintance with problems of transportation." But he notes, "Merely changing the mayor will not change Tehran’s complex condition, since many issues are taking shape in Tehran’s current situation and are impacting everything from economics to political issues." He says, "Tehran, as a metropolis, lacks the bare minimum of infrastructure. It has had comprehensive and superior plans from before the revolution, but because of historical phenomena like revolution, war, a wave of migrants and a structural transformation of the city, none of these plans have been fully implemented."