The Russian initiative on Syria's chemical weapons slows the Obama administration’s flagging effort to get congressional support for a military strike. 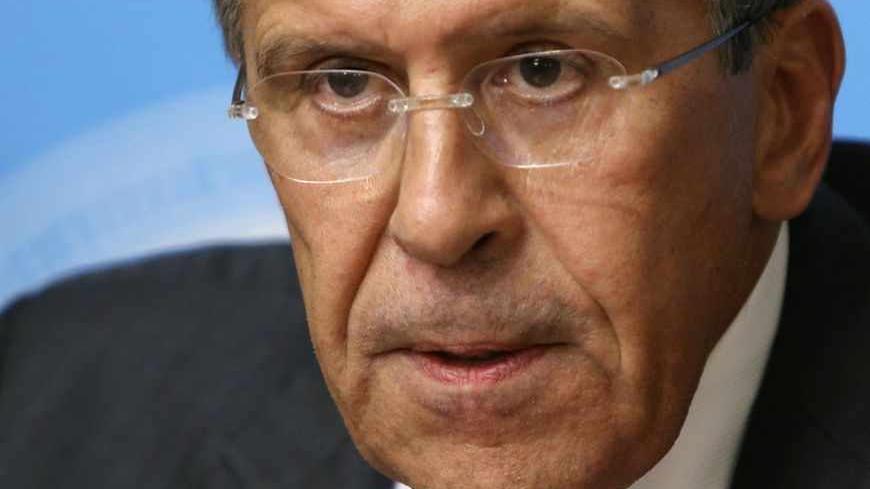 Almost certainly by accident, US President Barack Obama's ill-planned threat of military force against the regime of Syrian president Bashar al-Assad is paying unexpected dividends in surprising places. The Russian initiative to strip Syria of its chemical weapons arsenal and the positive Syrian and international reaction counts as very good news, perhaps the best of any since the Syrian revolt commenced more than two and a half years ago.

No one can be more surprised than the American president and his chatty secretary of state that the Russian initiative has halted the uncertain “momentum” favoring an unpopular decision to go to war. Secretary of State John Kerry can claim ownership — however unintended — of the idea that to everyone's astonishment, including no doubt his own, has sucked the energy out of Obama’s bumpy road to war.

The fast-moving events of the last two days have transformed both the international and domestic American environment. Obama's speech tonight can be expected to reflect this change. Instead of hawking the virtues of an all but unilateral American effort to “punish” Syria's contested use of chemical weapons as the first act of a broader embrace of regime change, Obama will offer modest, skeptical support for a Russian initiative that rescues him from ordering an attack he never meant to place on America's policy agenda in the first place. Thanks to Kerry's off-message remarks and some swift Russian diplomatic footwork, Obama, if he so chooses, can transform himself from the Lone Ranger out to punish the misdeeds of the detested regime in Damascus to the leader of an internationally endorsed effort to rid Syria, and perhaps the world of its horrific chemical weapons arsenal.

In keeping with Obama's standard operating procedure, this development is entirely unscripted, and like a host of American démarches on Syria in these last years, it was inaugurated by Kerry without any regard for its consequences or indeed its very meaning. It also stands in stark contrast to the administration's escalating bellicose rhetoric — witness hysterical references by Kerry to a “Munich moment” — emanating from Washington in its desperate search to mobilize a skeptical American public and political class to endorse a military assault, albeit an "unbelievably small limited kind of effort.”

Washington may have succeeded in changing Assad's “calculation,” at least insofar as it relates to the merits of retaining Syria's chemical weapons arsenal. But Washington's calculations too have changed. When Obama addresses the American public this evening, he will not as originally intended seek to convince skeptical Americans of the dubious virtues of a war against Syria so much as extol the value of his credible threat to use force as a weapon to win international and Syrian support for disarming Syria of its store of chemical weapons. No matter that the change in “momentum” promised by the now-postponed if not yet passé American effort to wage war has developed in a manner hardly conceivable to its clueless American authors. It is far better for having done so, because there is no chance that what passes for a policy process in the White House proved capable of producing such an inspired option.

Many in Washington and throughout the world may scoff at the all but incoherent tenor of US policy on Syria and the credibility of his threat to use force against the regime, but it is clear that statements by the American president, even those whose significance he himself does not fully appreciate, are still taken seriously in Moscow, Damascus,Tehran and elsewhere. As the smaller, weaker parties they do not have the luxury of dismissing even the most outrageous and ill-considered remarks of the American giant out of hand. For them, Washington's words have meaning, even when they don't.

Washington’s rivals on the Syrian stage also see Obama's domestic difficulties convincing Congress and the American public of the value of war as less decisive than do many in the United States. In their experience, it is the executive who makes policy — all the rest is window dressing.

These combine to lend a measure of credibility to Obama's recent threat to use force that has been absent, or that at least could be discounted, until now. Kerry's inadvertent remarks offered Russia, which is not anxious to see American military power on display yet again near its borders, an idea and an opportunity to chart a negotiated exit from what UN envoy to Syria Lakhdar Brahimi has termed the “vicious circle” of Syria's civil war.

“We don’t know if Syria will accept the offer, but if imposing international control over chemical weapons stored in the country can help to avoid military strikes, we are immediately going to start working with Damascus,” explained Russian Foreign Minister Sergey Lavrov yesterday.

US Senate Majority Leader Harry Reid has frozen plans for a vote on Wednesday on Syria meant to support the war option — a vote that Obama himself was not confident of winning. Sen. John McCain, who has long advocated an escalation in US military support against the Assad regime, whatever the pretext, has acknowledged the transformation that has occurred. While taking critical note of the "incoherence" in administration's statements, he also said that "not to pursue" the diplomatic option "would be a mistake."

Russia is crafting an "effective, concrete" plan for placing Syria's chemical weapons under international control, and is consulting with both Washington and Damascus among others, said Lavrov today. Lavrov told reporters the plan would be presented to other nations soon.

Whatever the outcome of these efforts , the conflict has entered a new phase, one in which diplomacy may prove no less attractive, or dangerous, than war. The challenge is to win support for a diplomatic effort aimed at ending not only the chemical weapons issue but the broader conflict in and about Syria.