Netanyahu to Adapt His Position On Changing Iran 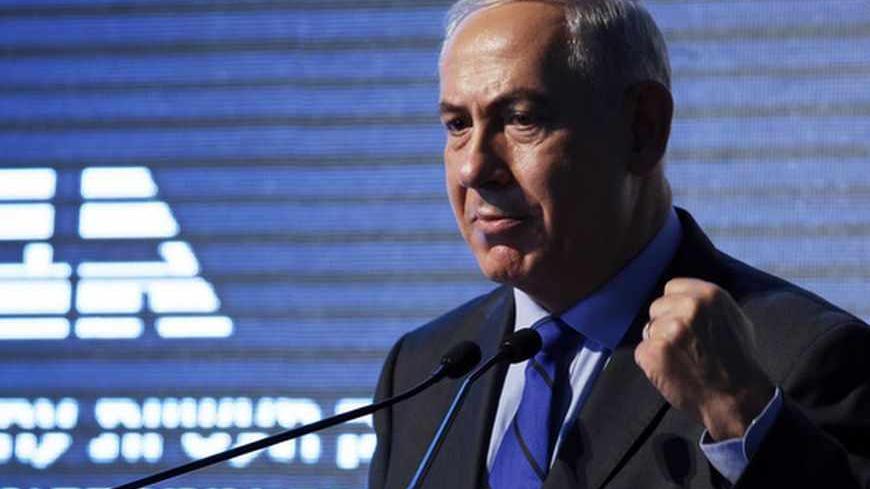 Over the last five years, Prime Minister Benjamin Netanyahu has devoted all the speeches he delivered on US territory — whether to UN assemblies or the US Congress — to the connection between the Iranian nuclearization threat and the Holocaust of European Jewry.

For Netanyahu, the Iranian threat is his life project, the crowning glory of his rulership ever since he was elected to his second term of office in February 2009 and also in his current third term. To a large extent, this issue defines Netanyahu’s recent years as prime minister. Thus, perhaps he finds it difficult to free himself from his modus operandi and old proclamations, even when Iran is ostensibly singing a new song these days, at least to the outside world.

Netanyahu might be correct in being suspicious of the “new song” in the softened declarations of Iranian President Hassan Rouhani, as he chooses to hold firm to his familiar agenda and rhetoric. On the afternoon of Sept. 24 — Israel time — Netanyahu ordered the members of Israel’s UN delegation to leave the hall during Rouhani’s speech to the UN General Assembly, exactly like last year. “Iran thinks that soothing words and empty gestures will allow it to continue its pursuit of the bomb,” Netanyahu said, in explanation of his demand of the diplomatic representatives. “Only when Iranian leaders will stop denying the Holocaust of the Jewish nation and stop calling for the destruction of the State of Israel will the Israeli delegation in the UN attend their addresses.” Afterward, he called Rouhani’s speech cynical and filled with hypocrisy.

In contrast to Netanyahu’s predictable responses, Finance Minister Yair Lapid elucidated in his statement that he feels the prime minister was mistaken. Lapid said, “Israel does not need to be perceived as a serial refuser of negotiations, a country that is not interested in peaceful solutions… Walking out of the UN General Assembly brings to mind the past behavior of Arab states toward Israel.” In other words, Lapid said, let’s allow the Iranians to be the refusers of peace.

There is something invigorating and non-fixated in Lapid's words that emphasizes Netanyahu’s conservatism and inability to be flexible, in light of what appears to be a change in direction on the part of Iran. Just like the self-help bestseller Who Moved My Cheese?, we get the impression that Netanyahu is finding it hard to accommodate himself to regional changes and discard old thought patterns.

In this aspect, Lapid is correct. Netanyahu could have displayed a new approach, in light of the signs of new winds blowing in the region and the bloom of the diplomatic era. Especially since sitting in the hall and listening to Rouhani’s speech poses no danger to Israel’s security. It would not detract one iota from the Israeli struggle against Iranian nuclearization. It would also not detract from the demand for sanctions or the military option.

Netanyahu is not the only one in the government who finds it hard to see beyond preconceived notions and the timeworn, familiar modus operandi. The closest example is the Russian compromise proposal in the Syrian crisis, which is starting to emerge as one of the greatest diplomatic successes of recent years.

It was US President Barack Obama who managed to extricate himself at the eleventh hour from the timeworn US pattern of operating military power against the forces of evil to wage big, expensive and consuming wars.

Obama caused great disappointment in Israel when he shelved the Syrian assault plan, leading Netanyahu and Defense Minister Moshe (Bogie) Ya’alon to talk in terms of “if I am not for myself, who will be for me?” In other words, they hint to Israel’s duty to rely on itself alone regarding the "big issue" — that is, halting Iranian nuclearization.

Not one person in the Israeli leadership has blessed the fact that a military attack on Syria was averted — an attack whose cost cannot be estimated. No one has articulated the bottom line: that Russian President Vladimir Putin’s diplomacy has scored a great achievement. Syria capitulated to the plan for disarmament of its chemical weapons.

Imagine what would have happened if Syria would have agreed to that after a US attack — the immediate interpretation would have been that the military procedure had proved itself and that Syrian President Bashar al-Assad only understands force.

Yet, precisely Obama, who appears to have capitulated and zigzagged, emerges as someone who managed to rise above his ego and escape conventional thinking. He achieved what he wanted to achieve, without activating military force. Obama was confident enough in himself to accept Putin’s compromise, knowing full well that others would charge him of vacillation that negatively impinges on the position of the United States as the leader of the free world. After all, he committed himself to a military operation if the Syrians would cross the red line of use of chemical weapons.

As expected, the Israeli government reacted with its usual response: It viewed the Russian compromise as a soon-to-be-revealed fraud, and that Assad would not really disarm or agree to inspection. It is possible that the ministers who think this to be the case are correct. But the a priori naysaying regarding this diplomatic process is exactly the problematic crux of a leadership that thinks within the box, according to timeworn patterns. This is akin to Israel’s negative attitude and concern regarding the Arab Spring that was nicknamed here “the Islamic winter” — until the Egyptian masses emerged several months ago and proved that the drive for democracy is powerful and real.

On the eve of the historic visit of Egyptian President Anwar Sadat to Israel in 1977, Israel’s chief of staff Motta Gur warned of an evil plot — a Trojan horse that would spring from the ramp of the plane at Ben Gurion Airport. Fortunately, former Prime Minister Menachem Begin (1977-1983) did not capitulate to this kind of fixated thinking.