Hezbollah, Islamic Jihad, Damascus and Tehran are all threatening to set Israel ablaze after any attack on Syria, but none of them has the interest or ability to follow through. 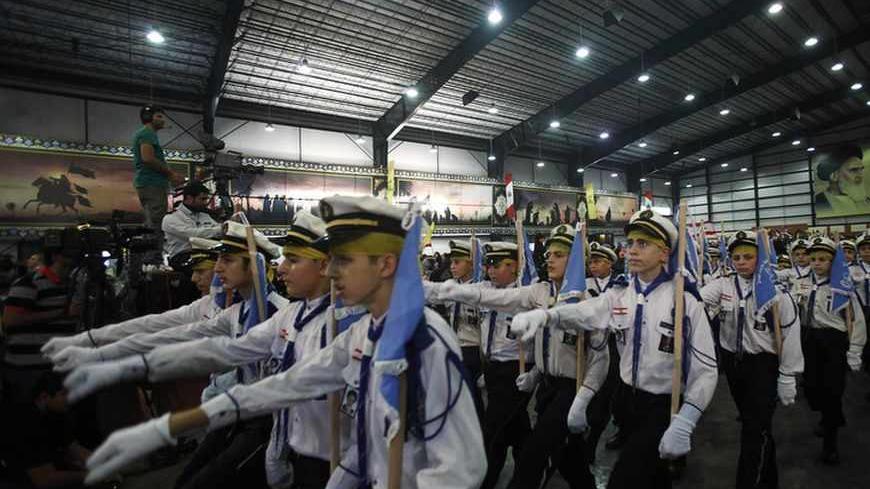 It’s the perfect time for all the illustrious heroes to make threats. Syria is threatening to fire missiles at Tel Aviv if the United States attacks. Like a mosquito threatening to sting the elephant on whose ear it is perched, Syrian President Bashar al-Assad thinks that no one will notice that his army is shattered after a long war of attrition against the rebels. Tens of thousands of soldiers have already gone AWOL, and this army even needed Hezbollah’s help to win back the strategic town of Qusair.

Hassan Nasrallah, secretary-general of Hezbollah, is also puffing out his chest, but he is being a bit wiser about it. He has troubles of his own in Lebanon, so that if he is to avoid further criticism at home or new attacks against Hezbollah targets, he has no choice but to speak out of both sides of his mouth. On one hand, the head of the Hezbollah bloc in Lebanon’s parliament, Mohammad Raad, promised the Lebanese prime minister that Hezbollah will not open fire if Syria is attacked. It will not get Lebanon entangled in another destructive war against Israel, he declared. In fact, Hezbollah is actually increasing the number of troops stationed in southern Lebanon. If Tehran demands that Hezbollah respond, it will have no choice but to comply.

Meanwhile, the Iranians are issuing vociferous threats of their own. Chief of Staff Hassan Firouzabadi has promised that any attack on Syria would cause “big problems for America’s allies.” Firouzabadi thinks that everyone has forgotten the effect that sanctions have had on Iran, and that an Iranian attack on Israeli and American targets or the launching of a regional war, as he has threatened to do, would result in a devastating blow to his country’s nuclear project.

The most ridiculous threat of all comes from the Gaza Strip. It is not from Hamas, which is still licking its wounds as a result of the severe blow suffered by the Muslim Brotherhood, but from the Islamic Jihad movement, whose spokespeople told Hazem Balousha, Al-Monitor’s reporter in the Palestinian territories, that “up until now, there has been no decision within Islamic Jihad to bomb Israel in response to an aggression on Syria. But that may happen in one circumstance: if Israel joins that war as a principal party.”

In other words, it turns out that everyone’s a hero. Islamic Jihad is a tiny organization that operates out of the Gaza Strip. It receives direct support from Iran. From an operational standpoint, Israel has no problem striking a harsh blow against it by assassinating the movement’s leaders.

Ramadan Shalah, the head of the group, is based permanently in Damascus, but ever since the regime of his patron Assad began to totter, he has been uncharacteristically silent. It is as if the earth had swallowed him up. “Jerusalem Brigades,” which serves as the group’s military wing in the Gaza Strip, constantly poses a challenge to Hamas, provoking that movement by claiming that it is carrying on the armed struggle against Israel, while Hamas has abandoned the Palestinian cause and would rather just keep itself in power. But like all of its threats against Israel, this verbal assault on Hamas is nothing more than bluster.

Today Hamas is at a low point. It would never dare provoke or even anger Israel, since that would put its control of the Gaza Strip at risk. As far as Hamas is concerned, opening a front against Israel now would have dire consequences, almost as severe as the consequences of the feud that broke out between Hamas and Iran, or the decision to depend on former Egyptian President Mohammed Morsi, or the belief that Qatar will continue to support them even after the abdication of the Emir Hamad bin Khalifa Al Thani. Much to the chagrin of Hamas' leaders, both Morsi and the emir have vanished from the map.

Will Hamas allow the Islamic Jihad’s Jerusalem Brigades to put it at risk? Will it allow Ramadan Shalah to drag it into a war with Israel, thereby granting Israel cause to assassinate the Hamas leadership? The answer is clear. Hamas is engaged in a struggle to prevent other militant groups in Gaza from dragging it into a war, especially at this point in time. Its ruling capacity will be tested by this.

There are those who will argue that by ignoring some potential provocation launched by Islamic Jihad against Israel, Hamas could get back into Tehran’s good graces. But Hamas is stuck between a rock and a hard place, as Hamas Prime Minister Ismail Haniyeh, Hamas political bureau chief Khaled Meshaal and Marwan Issa, the head of the group’s military wing, well know. They will therefore prevent any other group from putting their tenuous grip on power at risk.

So what’s left? Just empty threats. Everyone can puff out their chests, threaten to set Tel Aviv on fire, and cause a host of problems to US allies. This terminology is taken from the fantasy world. It has plenty of imagination in it, with a refusal to recognize the real operational capacities of those proffering the threats. This does not mean that if Damascus is attacked, they will all restrain themselves or scurry underground. On the other hand, these threats should be placed in their proper perspective.

In the event of an attack on Syria by a large American and international military force, all that Nasrallah and Ramadan Shalah can really do is rattle their swords and make a little noise. The main reason they would even do that is to keep their dignity intact and show the Iranians that they are not standing idly by when these events unfold. What they will really be hoping, however, is that it all ends as quickly as possible.