Iraq's Sunni-Shiite Killings: When It’s Based on a Name

In a time when something as simple as your name or accent can condemn you to death, many Iraqis, particularly the youth, are distancing themselves from divisive sectarian identities. 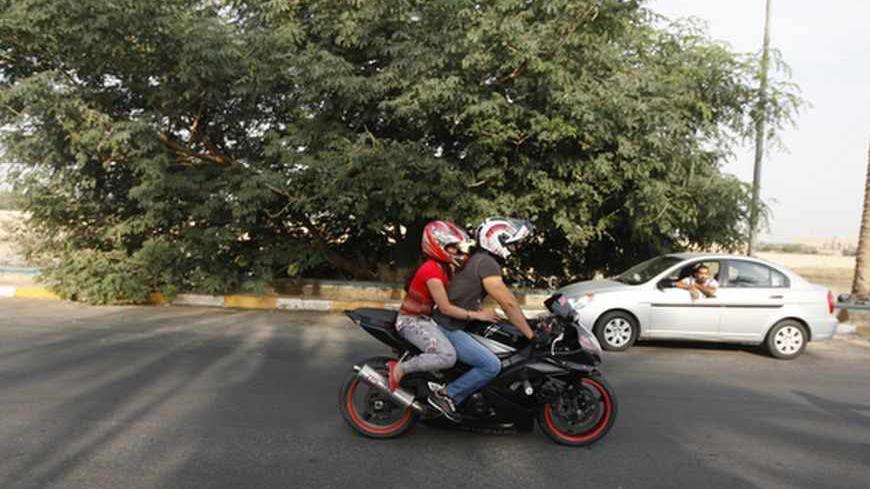 Omar al-Jaffal, an Iraqi journalist, wrote a scary note on his Facebook page: “I can be killed just because of my name. Have you ever heard of someone fearing his own name?” The Iraqi poet Ahmed Abdul Hussein replied: “Mere names have become a pretext for killing people.”

The story seems similar to a movie recalling the events of the 2006-08 civil war in Iraq, when both armed Sunni and Shiite groups decided to set up checkpoints, catching and killing members of the other sect. They mostly relied on names and religious and historical connotations to identify their targets. For instance, Omar is a Sunni name, whereas Abdel-Hussein is Shiite.

Jaffal told Al-Monitor that “everything today reminds me of the civil war. [There are] unidentified bodies in the streets, bombs targeting the people brutally. Meanwhile politicians are preoccupied with signing peace documents that cannot be applied on the ground.”

Through this comparison, Jaffal tries to comment with despair on “the social peace initiative” that was signed by Iraqi leaders on Sept. 19, as a solution to the security and political crises that have beset the country.

According to him, the circumstances are similar. In 2006, religious leaders signed the Mecca agreement for social peace, which includes similar articles. Yet this document did not prevent the fierce civil war that left thousands of people dead from erupting. “It is a bad omen,” he said.

Nevertheless, the question is not about the bad omens portended by fruitless Iraqi political initiatives. It is about the reality that demonstrates that there are manifestations of violence bringing back terminology used during the civil war.

There are near-daily attacks, for most of which al-Qaeda has claimed responsibility, against Shiite civilian gatherings, including markets, restaurants, workers’ gatherings and even funerals. One example is the bombing that took place in Sadr City in eastern Baghdad on Sept. 22, which left approximately 275 people dead and injured.

In parallel, Shiite militias have emerged in southern Iraq, claiming to seek vengeance from the Sunni residents there. They have killed a number of them in Basra and displaced others from the city of Dhi Qar.

Moreover, over the past days, reports have circulated that the police are finding unidentified bodies in Baghdad on a quasi-daily basis.

It should be mentioned that today, Iraqi youth have lived through civil war. They carry more than one ID with different names, to prevent their sectarian affiliation from being identified. In addition, they have mastered more than one accent to persuade gunmen that they are not affiliated with the targeted sect. Yet, this is not enough, especially for those who take a neutral stance and do not care about sectarian affiliation. They are considered by gunmen of both sects as potential victims, for ignoring small religious details, as well as terms and behaviors that are interpreted as proof of sectarian affiliation in Iraq.

Names have become a delicate matter in Iraq. A large number of Iraqis have avoided giving their children names with sectarian connotation after 2003. Moreover, it is no longer possible for parents to give their children a name referring to icons of the other sects.

According to Omar al-Maliki, a Shiite from southern Iraq, this reality did not exist before 2003. He told Al-Monitor, “My name proves that Iraqis did not care about the sectarian connotations of names in the past. In my opinion, my name was pretty until it began to be used to accuse me in a way that could lead me to an unidentified grave.”

Ali Abel Sadah, a writer for Al-Monitor, suffers from the same problem. His name, which directly indicates that he is Shiite, is a burden when he goes to Mosul to visit his mother’s Sunni relatives.

The distress of young Iraqis who do not care about sectarian affiliations is reflected in summarizing their convictions, thoughts and stances in a word of several characters, which they were not involved in selecting originally.