Iraq plans to increase the capital in the country’s two government banks from $23 million to about $360 million to address the growing housing crisis. 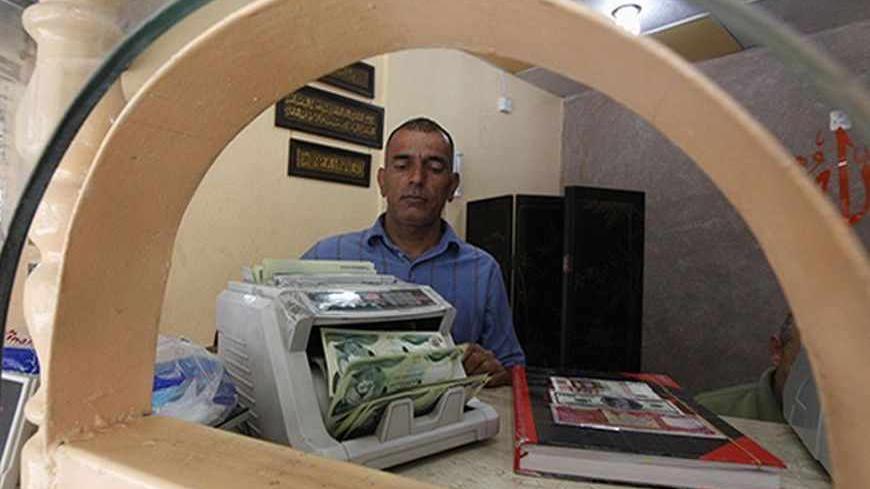 BAGHDAD, Iraq - Iraq plans to increase the combined capital of the only two governmental banks in the country, from about $23 million currently to about $360 million next year. Deputies in parliament say that this increase is aimed at supporting housing loans for citizens, in order to help them face the increasing housing crisis in the country.

In May 2012, the council of ministers agreed to increase the capital of Rafidain Bank to 400 billion dinars and that of Rasheed Bank to 300 billion dinars, using the two banks' general reserve funds. However, the increase was not included in the 2013 budget.

An informed source in the Iraqi Ministry of Finance told Al-Monitor, “The country's public budget for 2014 includes a capital increase for Rasheed Bank from 2 billion Iraqi dinars, and for Rafidain Bank from 25 billion dinars, to 200 billion dinars (about $180 million) for each of them.”

For his part, Ibrahim al-Mutlaq, a member of the parliamentary Economic Committee, told Al-Monitor, “The capital increase for Rasheed and Rafidain Banks is a step taken to support the credit scheme for citizens wishing to build residential units.”

He added, “These two banks are running a credit program that will help citizens finance private housing projects. The most prominent feature of this program is the so-called ‘100 salaries' credit. This is a loan given to civil servants that is equivalent to 100 nominal [monthly] salaries, provided that the civil servant can show the bank a title deed for a residential unit in his name.”

Mutlaq continued, “This program was halted due to an increased demand and lack of liquidity,” and confirmed that “Iraqis desperately need this loan due to the suffocating housing crisis affecting the country.” He explained, “The increase in the capital of the Rasheed and Rafidain Banks will be achieved in the 2014 budget.”

As for the investment, he said, “The ‘100 salaries' loans do not yield the desired revenues for governmental banks. They are, however, designed to help people overcome the housing crisis.”

Abdul Abbas Shayya, a member of the parliamentary Economic Committee, explained, “The increase in the capital of the two banks is not of great [significance]. Banks are not usually driven by capital, but rather by deposits and banking transactions.”

Speaking to Al-Monitor, Shayya added, “Deposits in the two banks exceed 18 trillion dinars [$15.48 billion], which is not that big. Yet the banks are limited by the banking law and do not have the right to invest all of this money. They can only use these deposits to lend to employees if liquidity is available.” He pointed out that “Part of these deposits are frozen and can’t be used in investment projects.”

Shayya said, "Iraq needs a new banking law that allows a transition from a totalitarian economy to an open-market economy.”

Furthermore, Bassem Jamil Antoine, an Iraqi economic expert, said, “The capital of Rafidain Bank was 25 billion dinars, which hardly fulfills the needs of the bank, because it deals with many billions [of dinars].”

Antoine told Al-Monitor, “The decision to increase the capital of the two banks came because of a similar increase in private banks, which will increase their capital by at least 250 billion dinars this year.” He explained, “These numbers are considered small compared to the volume of transactions and the deposit balance in the Rafidain and Rasheed Banks, which are government departments. Accordingly, government departments and ministries don't deposit their accounts in private banks.”