The Return of the Israeli Left

Israel Supreme Court's ruling against the right wing Im Tirtzu NGO gives momentum to the revival of the left and human rights organizations. 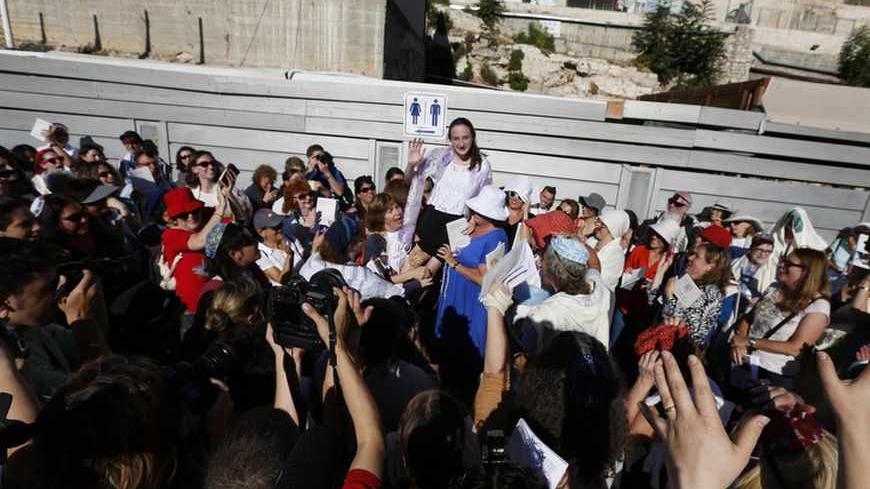 Over the past few years, the Israeli left and its supporters have become targets for right-wing attacks. Its movements, foundations and human rights groups have been harassed by the right and its representatives in the establishment and the Knesset, with the latter initiating anti-democratic legislation intended to hurt them. Of all those groups facing this intimidation, the New Israel Fund (NIF) tops the list. It is one of the strongest, most active charitable organizations in Israel, dedicated to promoting social and civic initiatives, and advancing pluralism and equal rights throughout the country.

The first group to take aim at the NIF was “Im Tirtzu,” a movement that defines its mission as “to bring Zionism back to the center.” It talks about the importance of the flag and the national anthem, about restoring the “Zionist dialogue,” and about the struggle against anything it perceives as being anti-Zionist. It is in the name of these catchphrases, most of which sound like some attempt to increase national pride, that Im Tirtzu launched a crass, often violent struggle against anyone it regarded as its opponent.

In May 2010, the movement published a report dealing with a supposed “anti-Zionist trend” in the country’s universities. The report paid particular attention to Ben-Gurion University of the Negev, which was actually the subject of its own, special report in November 2011. As part of its conflict with the university, Im Tirtzu approached donors in Europe and the United States, and demanded that they stop contributing to the institution, claiming that the university employs anti-Zionist lecturers who are harmful to Israel. This campaign caused considerable damage to the university and created an intolerable situation. Ben-Gurion University is, after all, an important institution and the only school in the country’s south that offers students a chance to pursue academic studies. Now, however, it found itself fighting for academic freedom and freedom of expression for its lecturers.

The NIF was Im Tirtzu’s second target. According to the movement, the NIF funded groups that provided information deleterious to Israel to the Goldstone Commission, appointed by the United Nations to investigate Israel’s December 2008 conflict with the Palestinians in the Gaza Strip. With this, the NIF was deemed responsible for the commission's harsh criticism of Israel and its implications, and professor Naomi Chazan, who headed the NIF, was marked as an enemy of the people. An ad campaign run by Im Tirtzu against the NIF featured a caricature of Chazan with a horn on her head [the Hebrew word keren, literally “horn,” also means “foundation” or “fund”]. The slogans beneath it read, “Naomi’s horn [foundation] is a danger to the state,” and “The New Israel Fund headed by Naomi Chazan funded Goldstone’s libel against the IDF [Israel Defense Forces].”

The campaign was personal, violent and crass. It made use of terms and imagery that portrayed the NIF staff in general and Naomi Chazan in particular as traitors. Im Tirtzu went on to provide accommodating journalists with all sorts of biased and one-sided details and stories. It was a campaign that played on the most sensitive chords of Israelis, who felt that the whole world was against them anyway, and who were looking for an easy target to blame. There was no easier target than the Israeli left, which had long been perceived by large swathes of the public as collaborating with the enemy and “stabbing the nation in the back,” because of its criticism of Israeli governments over the years.

A group of left-wing Israeli activists refused to be silenced. At the height of the campaign, they launched a Facebook page entitled “Im Tirtzu Is a Fascist Movement (So There).” Over a thousand people joined it within days. Im Tirtzu, which has a track record of threatening to sue and shut down anyone who says or writes anything the group doesn’t like, responded by launching a defamation suit against the page’s founders, and asked the court to reward them 2.6 million shekels [around $720,000] in damages.

Apart from just forcing the founders of the group to erase the page, the lawsuit was intended to intimidate anyone who even considered speaking out against the movement. Last week, on Sept. 2, after a legal battle that lasted three and a half years, Justice Raphael Yaakobi ruled, “There is basis for the existence of a certain common denominator between the plaintiff’s positions and certain principles that lie at the foundation of fascism.” With this, the judge rejected Im Tirtzu’s suit and confirmed some of the original claims made by the founders of the Facebook group.

This may have been just a minor victory in legal terms, but it was an important victory for freedom of expression in Israel and for the Israeli left, which has been afraid to raise its head for the past few years. These young people, who did not hold back and fought for their values and worldview, represent the return of the Israeli left, which can once again stand tall and proud. It is no wonder that Roi Yellin, one of the defendants, was also a strategist for the Meretz Party in the last election [January 2013]. Meretz, which branded itself as a left-wing movement and had no qualms about openly using the term “left,” doubled its representation in the Knesset. A clear, principled and straightforward approach proved itself more successful than some opaque one.

“Freedom of expression is not enshrined in Israeli law. The only reason we can say what we think and believe is because of various rulings by the Supreme Court,” wrote Yellin only yesterday in the wake of the court’s ruling. “The Knesset has never thought it proper to include freedom of expression in the country’s basic laws. Quite the contrary, it has passed and continues to pass various laws that limit free speech and harm this [basic] right without which there can be no democracy or free society. The struggle against freedom of expression lies at the heart of Im Tirtzu’s activities. This struggle against academic freedom, artistic freedom and human rights groups is an attempt to limit freedom, if not to eliminate it entirely. Laws passed in the spirit of Im Tirtzu, which harm freedom of expression, have already been legislated, and include the Nakba Law and Boycott Law, which were passed by the previous Knesset.”

Everything that Yellin wrote is both important and true. And yet, human rights advocates in Israel received from the court's ruling an important reinforcement. It shows that it is acceptable to critique the state, permissible to criticize anyone using the state and its values in an unbefitting manner and it is legitimate to support civil and human rights. As it turns out, it is also possible to be a leftist in Israel without being considered a traitor.