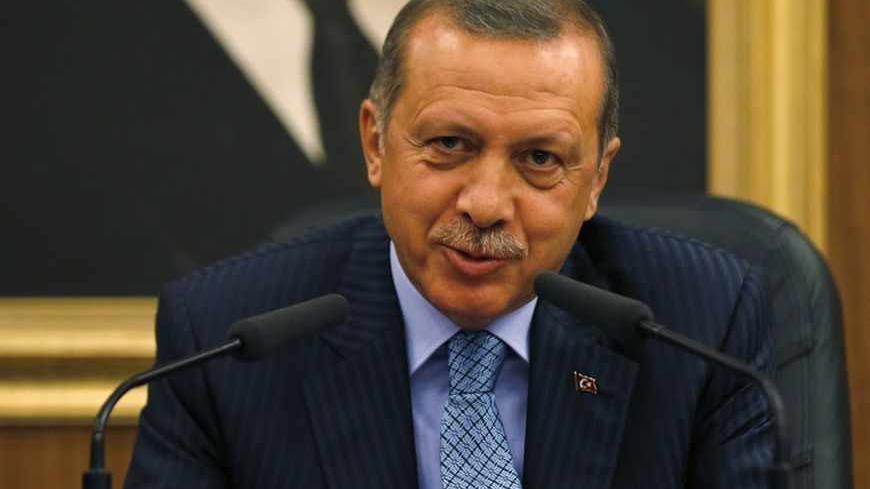 An imminent breakthrough in normalization efforts between Israel and Turkey "should not surprise anyone; I do not see any political obstacle standing in the way of normalization,” a senior Turkish official was quoted as saying to the Today’s Zaman newspaper on Sept. 5.

And it is true that no one should be surprised. Turkish Prime Minister Recep Tayyip Erdogan now has all the reasons in the world to swallow his pride and go back to restoring close ties with Turkey’s former ally, Israel.

It isn’t easy for him. From the moment he sniped at President Shimon Peres at Davos in 2009, saying, “You know well how to kill,” to his most recent outburst stating that Israel is behind the military coup in Egypt, Erdogan’s mouth has fired off a bevy of such pearls, leaving no room for doubt. He not only loathes Prime Minister Benjamin Netanyahu, he also despises anything to do with Israelis.

Allow me to pause for a moment on the latest Erdogan's gems: his statement accusing Israel of planning the overthrow of the Muslim Brotherhood [in Egypt]. How is it possible that while Turkish and Israeli diplomatic teams are struggling to reach an agreement and to purge the bad blood between the two countries, Erdogan would fire off yet another deadly round, threatening the relationship between Turkey and Israel.

The reflexive response to this nonsense (and there is no other way to describe it) is that the Turkish prime minister lives in a parallel, conspiratorial universe which gives him reason to believe that he has evidence linking Israel to the overthrow of his friend, former Egyptian President Mohammed Morsi.

By the way, even Erdogan’s supporters have a hard time believing that Israel has a major impact on what is happening in the Land of the Nile, or that it was sophisticated enough to get millions of Egyptians to leave their homes and take to the streets to depose the Muslim Brotherhood’s representative as president.

It is even more ridiculous once it is revealed that Erdogan based his entire theory on a run-of-the-mill conversation that the then-head of the Israeli opposition [now Justice Minister] Tzipi Livni had with French-Jewish intellectual Bernard-Henri Levy. Erdogan managed to turn French political philosophy into a Turkish fantasy, and that is putting it mildly.

But it is impossible to understand Erdogan’s crass statement — or his motive — without placing it in the proper context. He didn’t just blurt it out from nowhere, nor was he trying to provoke Israel again (though it is impossible to ignore how much Erdogan enjoys doing that). Nor was it said to annoy the Americans and cause another crisis between the countries, after Secretary of State John Kerry and President Barack Obama worked up quite a sweat to bring all the pieces together so that Netanyahu would apologize and Erdogan would come to his senses.

The statement came out of the enormous sense of frustration that has accompanied Erdogan for the past few months, ever since the megalomaniacal house of cards that he built around himself collapsed. Erdogan had big dreams and far-reaching regional ambitions, which could not be limited to Turkey’s membership in the NATO forces or the European Union, which is not interested in including Turkey.

What Erdogan wanted with every fiber of his being was to fill the leadership vacuum that was created with the downfall of former Egyptian President Hosni Mubarak. He wanted to be the leader of the moderate Sunni Muslim world. He enjoyed every minute he spent at the Arab League's conferences, and he glared angrily — or sometimes disparagingly — at the antics of Qatar's emir, Sheikh Hamad bin Khalifa Al Thani (who has since left center stage as well). But the emir of Qatar tried to base his power on money, instead of on an ideology or on the national and regional resources that Turkey can offer the Arab world in the Middle East.

There were some promising times for Erdogan in the Middle East, and it wasn’t too long ago either. The fresh scent of “spring” left him feeling almost alone at the top. Powerful Arab leaders, who were considered to be giants among their own people, fell from power and disappeared one after the other. But when it seemed that Erdogan was making his way safely along the golden path, his plans fell apart. The eggs that he placed in the basket of the Muslim Brotherhood, then considered by him — and not only by him — to be the up-and-coming force in the Middle East, got cracked. Overnight, everyone considered to be a friend of the Muslim Brotherhood was suspected of collaborating with the enemy. The dream became a nightmare.

That is why it is no wonder that Erdogan feels isolated now. Turkey borders eight countries: Syria, Iraq, Iran, Armenia, Greece, Bulgaria, Georgia and Azerbaijan. The borders with the first five countries are uneasy or, to be more precise, rather tense. But even the close friendship and alliance with Azerbaijan is far from perfect, because Azerbaijani President Ilham Aliyev has another — possibly closer — ally called Israel.

So what is left for Erdogan now? Given the situation, all he can do is go back to a forced alliance with Israel.

It won’t be pleasant. It’s not what he dreamed of doing. But given the reality of the Middle East, where no one knows what will happen in Syria, and how Iran will react to Erdogan’s active role in the effort to depose Syrian President Bashar al-Assad, and where no one can even tell where Egypt is heading or what will happen there tomorrow, next week or five years down the road, Erdogan would be better off just swallowing his pride, keeping his head down and hoping for a new day when he can go back to dreaming big. Whether he likes it or not, that just leaves him with Israel, with Netanyahu and even with former Foreign Minister Avigdor Liberman, whom he once called, “the successor to Goebbels.”

Erdogan has just one big problem, which he will have a hard time handling. He will need to learn how to forcibly control everything that comes out of his mouth. Based on our experience, it is uncertain whether he really can control himself.