Problems Ahead For Egypt Constitution Debate

Egypt's Committee of 50 continues to draft the country's new constitution, but not without coming up against several contentious issues. 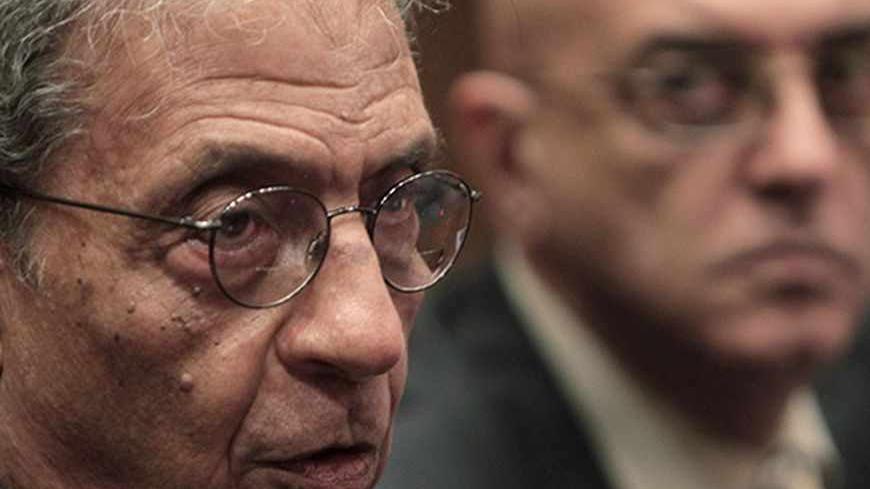 It’s been around three weeks since Egypt’s Committee of 50 (C50), the country’s new constitutional assembly, began its work on amending the 2012 constitution, which has been suspended since the overthrow of Mohammed Morsi on July 3. The committee has largely been acting as a full constituent assembly, attempting to circumvent its essentially advisory role as is set by the current constitutional declaration.

The declaration gave the actual final power to amend the constitution to a committee of 10 jurists and constitutional law experts — all nominated by the educational institutions and legal bodies they represent — while the C50 was basically tasked with being a society-representing entity that provides opinion.

The administration in Cairo has thus far been engaging with the assembly’s attempts at de facto expanding its own power, seemingly toward the following: The C50 is to draft the actual desired constitutional principles and targets, while the Committee of 10 (C10) would have power over the actual technical articulation. It is still a bit soon to tell if this mechanism will survive.

Given that the C50 appears to be more ideologically homogenous than the previous constituent assembly (most members are non-Islamist in inclination) and of course given that the committee is largely in the beginning of its work, there have not been any utterly monumental clashes between the members yet to report. There has thus far been a debate covering the wide gamut of constitutional wedge issues, including the powers of the judiciary, the former stipulation that parliament be composed of at least 50% workers and farmers. But a few main points have thus far lead the contention:

New constitution vs. amending 2012 constitution: An increasing number of C50 members appear to be in favor of officially writing a brand new constitution rather than amending the existing one. The argument is that the “June 30 Revolution” has overridden the 2012 constitution and that the former constitution allegedly represented a document that was created under Islamist monopoly and in a defeated era. Those in favor of maintaining the current formula and road map (who seem to be a minority) argue that the current mandate actually allows amendments to be made, even to 100% of the constitution, virtually rendering it a new one in everything but name. Also, nominally maintaining the 2012 constitution helps decrease some political tensions and helps the Salafist Al-Nour Party save some face in front of its base. I lean toward the latter opinion.

Defense minister veto and military trials for civilians: While the predominant opinion appears to be that the military-pertaining articles are likely set to remain intact (including maintaining the military budget as a closed figure only to be seen by the national defense council), there is ostensibly a lot of debate on two issues in particular: on whether or not to retain military trials for civilians under any case, and whether or not to give the military leadership the right to veto the nominee for defense minister.

On the matter of military trials, the current suggested text by the C10 tries to limit such cases to a “direct assault” on military personnel or establishments, and this opinion does have a number of supporters. But critics more loudly argue that civilian courts are more than capable of handling the matter, especially if the law is updated to accommodate the issue. Again, I am of the latter opinion. The military has also reportedly been insisting on maintaining its proposed veto, while there are demands that this veto be removed as well as a potential suggestion that it be left for a transitional period of around 10 years. A new mini-committee has just been formed combining military and assembly members to reach a compromise.

Religious articles and Article 219: This is the Salafists' defining contribution to the 2012 constitution. While other religious-based articles might get more easily thrown out or amended, Article 219 remains the key sticking point. The article had elaborated on Egypt’s famous Article 2, which — among other things — stipulated that the “principles of the Islamic Sharia are the primary source of legislation.” Secularists had largely opted for a more generalist reading of the article, arguing that such “principles” included general humanist principles such as freedom, justice, equality and so forth. Egypt’s constitutional court had also defined those principles as those rulings of religion that are of “definite proof and definite meaning.”

Salafists introduced Article 219 as a compromise to their original request of removing the word “principles” from Article 2. Article 219 enumerated that “the principles of Islamic Sharia include general evidence, foundational rules, rules of jurisprudence and credible sources accepted in Sunni doctrines and by the larger community.” The article was, and remains, quite divisive. While some argued it had no new impact, others argued it was a backdoor to constitutionally further sanctioning more traditionalist Islamic laws.

The predominant view in the assembly has been to eliminate the article altogether, while the Al-Nour Salafist party has been putting up quite a fight on this article specifically, even allegedly getting some relatively surprising support from the representatives of Al-Azhar in the assembly. It has largely appeared to focus its rhetoric on the constitution around it. Al-Nour has even reportedly hinted that it might call upon people to vote against the constitution if the religious-based articles are ejected or overly amended, particularly 219. A recent report also alternatively stated that representatives of Al-Azhar in the assembly have officially stated that 219 is technically incorrect as a description of the principles of Sharia, opening the door to at least rewriting it.

Despite a growing exclusionary attitude exhibited by some in such political circles, secularists and liberals in the assembly need to work hard to find a workable comprehensive agreement with Al-Nour on the constitution. Salafist endorsement, or at least neutrality, towards the final draft of the constitution could help in further securing high turnout and approval rate, thus granting this constitution more solid ground and wider consensus given the controversial conditions in which its being drafted. This would definitely help Egypt move a step forward.

Status of religious minorities: Article 3 of the suspended constitution introduced by name for the first time ever that the principles of religious jurisprudences of Christianity and Judaism would represent the basis of legislation for personal status issues belonging to citizens of those respective groups. Critics argued that this was effectively creating a religious state, while also complicating the legal conditions of religious groups outside the three faiths, including Egypt’s struggling Baha'is. Current proposals include adding an extra stipulation of “other non-Muslims” as well; simply stating “non-Muslims” in general rather than specifically specifying Islam and Christianity; or getting rid of the article altogether as was the case in the 1971 constitution.

Al-Azhar and the church have largely appeared to be in favor of maintaining the article as it currently exists, with the religious specifications. Whatever decision is reached, Egypt’s constitution must allow for at least the most basic of rights for all citizens, regardless of religious affiliation. To this day, for example, Egypt’s Baha’is cannot legally marry and continue to have trouble with matters such as inheritance because the law does not properly recognize their presence.

Electoral law: The controversy continues unresolved with regard to the nature of the electoral system, whether to fully use a party-list system (which is preferred by most secular-leaning parties, as well as Al-Nour); the pre-2011 single candidate system (seemingly preferred by the new administration and its supporters); or a mixed system. Sources inside the assembly told me this week that some mixed system is the likely compromise, and I personally currently lean toward a mixed system, despite its many shortcomings and complications.

Progressive taxation: There has been a new suggestion to include an article in the constitution that would stipulate that all taxation be progressive obligatorily. Critics — myself amongst them — argue that the taxation system should be a matter of legislation, not the constitution.

Upper house: Despite a near unanimous agreement at first toward abolishing the previously useless chamber, there is a new direction to retain the upper house of parliament and name it the “senate.” The current (and underdeveloped) proposal would be for this senate to be composed primarily of meritocratic members and representatives of different sectors of society, and a still undetermined expanded oversight and legislative powers. Critics argue that it would slow the legislative process and create a burden on the budget, while supporters argue that it would balance the legislative process. One thing is for sure: retaining the useless upper house as it originally stood would be utterly counterproductive. It should indeed either be abolished or reformed in order to make a real contribution and have non-paralytic value to justify maintaining a bicameral system. The current proposal needs to be further developed before a final verdict is reached.