Dictatorship Is Not The Solution in Iraq

The Iraqi government has been playing off people’s fears of a security vacuum to take increasingly dictatorial measures aimed at consolidating power in the hands of Prime Minister Nouri al-Maliki. 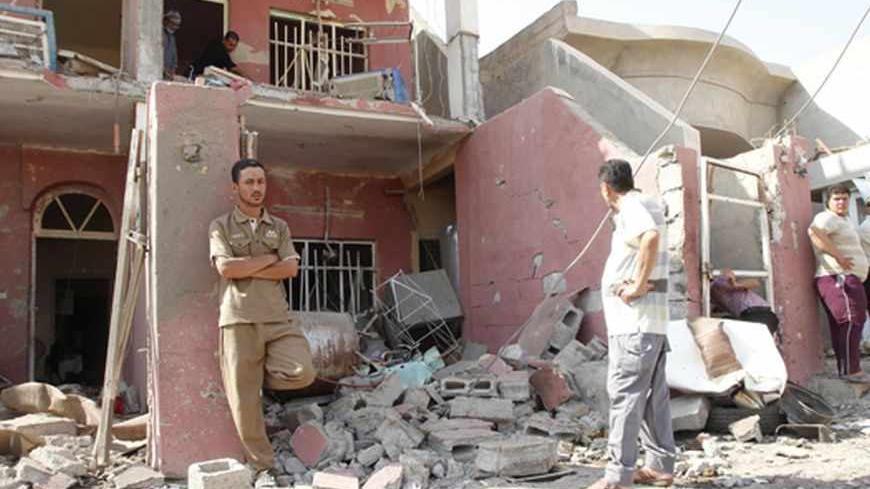 Dictatorship is not the solution; this is obvious in all cases. It's inconceivable to think that dictatorship would be a solution, except in the case of some suggestions put forth in the Middle East — a region mired in its own contradictions, conflicts and social setbacks.

Here, in a country such as Iraq, there is talk of “dictatorial” solutions to the Iraqi crisis. This nation is dreaming of a savior — similar to Egyptian Defense Minister Abdel Fattah al-Sisi — to stage a coup and bring the crises back to ground zero.

On Aug. 31, some Iraqi state institutions were indirectly talking about a “dictatorship is the solution” hypothesis, even if masked by numerous national and democratic slogans.

On this date, just hours before the start of protests across the country — organized by youth groups and calling on the government to cancel pensions for members of parliament and special rank civil servants — Iraq’s chief prosecutor issued a statement requesting that protesters postpone their movement until the security situation stabilizes.

His statement included expressions such as: “postponing protests until times of safety and stability,” “a high sense of national responsibility to confront the growing terrorist threat backed by foreign states” and “whoever fails to fulfill his duty to protect Iraq, its people and properties will be thrown into the trash bin of history and will be cursed; no one will feel sorry for him.”

This statement coincided with another issued by the Iraqi Interior Ministry for the same purpose. This last statement included even more threatening expressions such as warnings that Baathists and terrorists could infiltrate the protests.

Iraq’s Interior Ministry had refused to grant a permit for the protests planned for Aug. 31. It also confronted protesters in some 10 Iraqi cities — including Baghdad — through various measures such as closing public squares and bridges, arresting a number of protest organizers and attacking journalists and protesters.

The Iraqi security forces had acted in the same way toward a youth protest held on Aug. 2, yet allowed large protests organized by Iraqi political parties — brandishing the photos of Iranian leaders in central Baghdad — on the same day. The latter renewed pledges to liberate Jerusalem, on the occasion of Quds Day, a holiday declared by former Iranian Supreme Leader Ayatollah Khomeini in 1979.

Measures aimed at prohibiting or suppressing protests in Iraq are taken under the pretext of the security situation. This justification has been widely used since 2003, to undermine public freedoms and set the foundations for turning Iraq into a police state, in terms of its handling of political, economic and security issues.

Iraq still faces heavy internation criticism regarding human rights issues — including methods of arrest and interrogation of detainees, and even regarding the mechanisms for issuing judicial decisions against them such as death sentences.

Moreover, the government is still facing internal criticism on its excessive control of powers, and the fact that these powers are concentrated in the hands of Prime Minister Nouri al-Maliki, who has been repeatedly accused by his opponents of turning into a dictator.

For his part, Maliki refused this accusation, and has repeatedly reminded the public of the security achievements accomplished by his government and the challenges it has faced.

In Iraq, there is a general understanding at the popular, cultural and political levels of the nature of the serious security challenges and political crises faced by authorities, preventing them from faultlessly dealing with the issue of rights and freedoms. This, however, does not mean that Iraqis will ever accept a culture that exploits security breakdowns to justify oppression!

Maliki’s followers have expressed their support for his nomination to a third term as prime minister, despite the objection of the majority of political forces. These followers use catch phrases related to the security situation — to justify their stance — and warn of a security collapse to ensure Maliki’s third term.

It is worth mentioning that there are no real economic, social or political achievements that justify the renewal of Maliki’s term. The security achievement attributed to him in 2008 is his success in temporarily putting an end to the sectarian war. Yet, this achievement has since that time experienced violent collapses, culminating in August 2013.

The real danger lies in the transformation of security into a synonym for dictatorship — and chaos into a synonym for democracy — among ordinary citizens. This is not only true for Iraq, but for the entire Middle East, a region that is undergoing difficult transitions.

Dictatorship is not the solution, and it will never be. The real alternative is consecrating a culture of peaceful transfer of power and standards of democracy and human rights. This is the only guarantee for the future of our distressed peoples.