Sadat: Egypt Will Keep The Peace with Israel

Esmat al-Sadat, nephew of the late Egyptian president, is confident about the future of the Israeli-Egyptian peace agreement: "It will be maintained even when there’s utter chaos in Egypt." 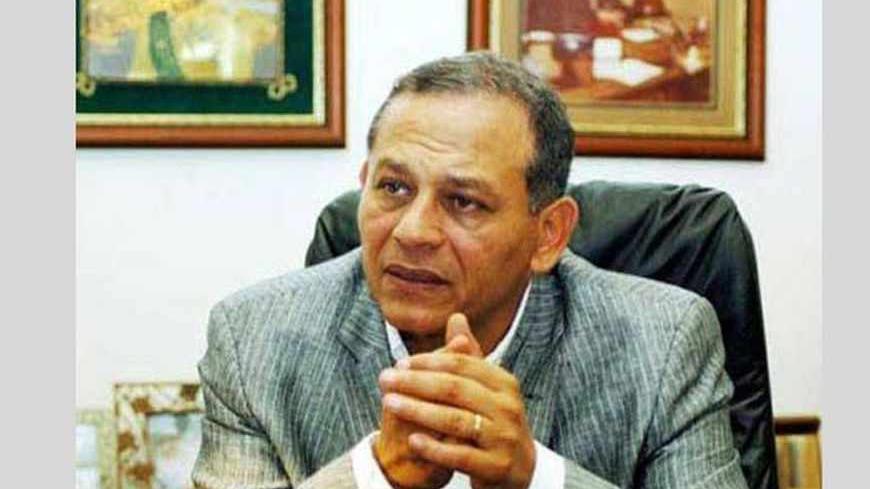 Mohamed Anwar Esmat al-Sadat, nephew of late Egyptian president Anwar Sadat, is increasingly active in the debate over the future of Egypt. - moheet.com

On stage sat Mohamed Anwar Esmat al-Sadat. When inspecting his face it was hard to find features reminiscent of those of his uncle, the president of Egypt who took the bravest step in the last hundred years in the Middle East, and paid for it with his life. When you’re named after the first Arab leader who made peace with Israel, the name bears grave responsibility. Sadat arrived this week [Sept. 16] at the Wilson Center in Washington as the head of a delegation of Egyptian politicians in order to discuss the question: Is Egypt on the right path?

By Sadat’s side sat Mahmoud al-Said Tuson of the Muslim Brotherhood. He repeated his movement’s main argument, that the military’s removal of elected president Mohammed Morsi was a trampling of democracy and a negation of the will of the electorate. “There’s only one place you can protest,” he said, “at the ballot box on election day.”

The young Sadat, the chairman of the Reform and Development Party and nephew of the president who confronted the Muslim Brotherhood and was murdered at its influence, could not restrain himself and chuckled at every word uttered by his rival. “What do you understand about democracy?” asked Sadat, “Why are you pulling out slogans you don’t really believe in? Isn’t it the case that you were elected by the people, and then a secretive council [the Shura Council of the Muslim Brotherhood] sought to determine the future of Egypt above the heads of the elected officials?”

Tuson countered, “Morsi had the toughest task. No president in the world has withstood such difficulties. There was no parliament, no constitution, no advisory council, nothing. And after only a year he experienced a military coup.”

Only minutes into the charged discussion it was clear that the gaps between the secularist and Islamist factions in Egypt are unbridgeable. But the discussion provided a fascinating and authentic look into the confused and divided depths of Egyptian politics, where everyone interprets the concepts “democracy” and “the will of the people” in a way that suits their own needs.

“I was in France when Morsi was toppled,” recounted Tuson, “and I asked the French, what would you do if the military removed the president from power? Would you not protest? Would you not demonstrate? Would you not say it was a military coup? But not only the state of Morsi under arrest worries us,” he added, “they have shut down all the newspapers, the party offices and established a constitutional committee with 50 members that they appointed, dismissed the parliament and put lawfully elected officials behind bars. Those who lost the election are those in power now, and those who are determining the future of Egypt.”

“Does this seem normal to you?” he asked Sadat, and turned to the audience, “Does this make sense to you?”

Sadat laughed disparagingly, a laugh that recalled the winning laughter of his uncle the president, “You Brothers hid behind the term democracy, exploited it and sectarianized the government. You thought only of your own good. Only of your own movement.  You were not concerned with the Egyptian people, you didn’t think to rehabilitate its economy. You were motivated only by the interests of the Muslim Brotherhood. What happened in Egypt last month and the latest bloodshed were necessary to prevent a civil war.”

“Where did you fail?” Tuson was asked. “We didn’t even have a chance to make mistakes, everything went so fast before we did anything.”

After the speakers finished wrangling on stage, I was invited to lunch with them. I sat next to Tuson, the representative of the Muslim Brotherhood. “You Jews also don’t eat meat that wasn’t slaughtered in a kosher manner,” he started the conversation with me.  “Yes, that’s something we have in common,” I said. Afterward we started speaking about Egypt after the revolution.

“Until Morsi was ousted,” I told him, “the Muslim Brotherhood was considered a rising force in the Arab world. There was a feeling that in a few years the movement will flourish and control all the Arab countries. Now we’re saying goodbye to you.”

“That’s not true,” he responded, “[Recep Tayyip] Erdogan, the prime minister of Turkey, stood by our side and called it a military coup in the full sense of the word.  But you know that this situation will not last much longer. It can’t be, we’ll get past this, it will change.”

“Do Morsi and the Brotherhood have a way to get out of the dead end they were pushed into?” I asked. Tuson didn’t respond.

I got another fascinating glance into the mood in Egypt from Fadaya Salem, a member of Sadat’s party and a resident of Nuweiba in Sinai. “Sinai was forsaken and given to Hamas by the Muslim Brotherhood. They did nothing to stop the terrorist attacks. Where I live in Sinai, Hamas does whatever it wants. Bombings, attacks, but now, thank God, it’s about to end. The military will soon put an end to it.”

“Is Hamas hated all over Egypt or only in Sinai?” I asked.

“Everyone considers them terrorists,” she answered.

“Is there a way to talk with the Muslim Brotherhood?”

Salem decided to run for parliament with the Reform and Development Party founded by Anwar Sadat. As a daughter of a Bedouin family, she had a hard time convincing her family that politics is an appropriate path for a woman. But she didn’t give up. She convinced her family and was elected.

"We have a common goal," she added, "to eradicate terror in Sinai. It will be good for us and also good for you Israelis."

“And what’s going to happen with Egypt?” I asked.

“It will turn out well. And it will be even better if Anwar Sadat were president.”

I asked Sadat whether the peace accord his uncle signed with Israel will withstand the political storms in Egypt. “We’ve had enough of wars. Peace is in everyone’s interest. It will be maintained even when there’s utter chaos in Egypt,” he answered, and warmly shook my hand.