The Costs of Turkey Joining the Anti-Syria Coalition

Foreign Minister Ahmet Davutoglu created excitement by saying Turkey would be part of a coalition of the willing in an operation against Syria — but can Turkey do it? 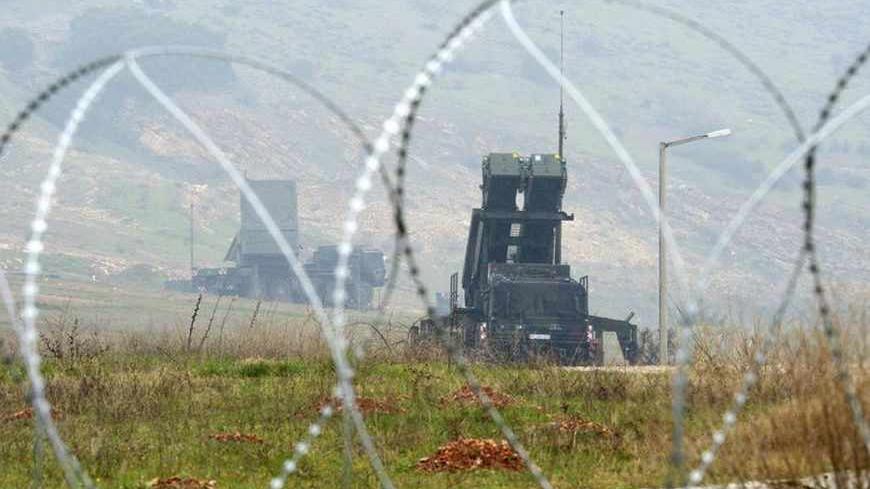 When Foreign Minister Ahmet Davutoglu declared that, should the Security Council be unable to decide because of Russian and Chinese vetoes, Turkey would join the coalition of the willing, what role the Turkish military could play and the limits of its capacity became a hot discussion topic.

Although Turkey has participated in some international operations under US leadership, it had not been a combatant partner since the Korean War. The subtext of the Turkish call that "the international community must intervene in Syria," after giving up hope on the United Nations, is a wish to repeat the Kosovo model in Syria, led by the United States, Britain and France.

Contrary to expectations, Turkey did not foresee a combatant role for itself while calling for meaningful intervention. But Ankara’s perceptible desire to join the coalition of the willing inevitably led to the question of whether Turkey was asking for a different role this time. While the core group of the Friends of Syria was meeting in Istanbul on Aug. 26 with the Syrian National Coalition, Turkey was also participating in the Amman meeting of the military wing. These meetings boosted expectations that Turkey is likely to have a major role in the coalition. But then government officials felt the need to reiterate that Turkey will not be assuming a combatant role in case of a military intervention in Syria. Nevertheless, the final configuration is not yet clear.

None of the three potential attackers are as close as Turkey is to pay the costs. Participating in the operation will entail economic and political costs as much as security. When you add the possible reactions from an excessively polarized Turkish society, perhaps the emotional outbursts of our ministers might be a bit overdone and unrealistic.

Another objective reason to keep in mind is our inexperience. Apart from cross-border operations against the Kurdistan Workers Party (PKK) based at the Kandil Mountains in Northern Iraq; security, logistics and intelligence functions we assumed in Bosnia [1995] and Kosovo [1999]; reconstruction and security missions in Afghanistan; joining the UN peacekeeping force in Lebanon since 2006 and participating in naval operations against Somali pirates in the Indian Ocean, Turkey doesn’t have much external operation experience. Although the Turkish armed forces (TSK) is one of the largest armies of the world, its focus has been not on offensive operations but on defending its borders.

When a Turkish jet was downed over the Mediterranean last year, those interested had an opportunity to observe Turkey’s military capacity. The Turkish media were dumfounded when newspapers printed a table by Reuters news agency comparing the military forces of Syria and Turkey. They discovered that the Syria they did not take seriously had a far superior air defense system compared to Turkey. According to the table, Syria had 555 warplanes, Turkey 426; Syria had 191 helicopters, Turkey 80; and, Syria had 4,950 air defense missiles against Turkey’s 178. As for ground forces, Syria had 4,950 tanks, Turkey 4,503; Syria had 2,600 surface-to-surface missiles, Turkey 1,363; Syria had 4,184 surface-to-air missiles, Turkey 148 and Turkey had 7,450 artillery pieces compared to Syria’s 3,440.

Turkey’s only superiority is in naval forces. In air defense, Turkey counts on NATO support which was manifested by the deployment of Patriot missiles along its borders. This is a severe disappointment for those whose egos dream of neo-Ottomanism. The Justice and Development Party (AKP) government that had the ambition of governing whatever happens in the Middle East has recognized its limits. Should Turkey decide to be a combatant, there's no doubt that its role will be determined by these facts.

Incirlik can be used

Although the operation is not yet precisely defined, in case NATO decides to participate, Turkey automatically becomes a part of the operation.

Ankara could allow the use of Incirlik air base as it did during the Kosovo, Iraq and Afghanistan operations. According to Serpil Cevikcan of daily Milliyet, "In a NATO intervention, Incirlik base will definitely be used and logistical support will be provided in this framework. Military sources say if Turkish support were requested for a NATO operation, then Turkey could be flexible and allow the Turkish air force to provide protection to the planes of the coalition. Sources emphasize that the mission will be providing protection to planes. Turkey’s main air bases at Adana, Diyarbakir and Malatya will have the key roles in this mission."

The Turkish government has to deal with the issues of authorization. There is one current parliamentary authorization that allows the government to send soldiers to other countries, but that expires on Oct. 6. Moreover, if foreign soldiers are going to use Turkish territory, that requires another parliamentary approval. We should not forget that on March 1, 2003, the Grand National Assembly for the first time rejected a government request to dispatch Turkish soldiers to other lands [Iraq] and to allow foreign soldiers to be in Turkey. Nobody can predict how the parliament will decide this time.

But "the operational three" may decide to exclude Turkey from their operation. As Cengiz Candar of Radikal wrote: "Turkey favors toppling the Baath regime of Bashar al-Assad and fervently supports a Western military intervention. But ironically, it looks like we are not going have as much of a role as was proposed for Iraq in 2003. A coalition of the willing led by the United States and with France and Britain providing its backbone may well achieve their objectives without owing Turkey anything."