The hard-core fans of Istanbul’s three archrival football clubs joined hands in the resistance against police at Gezi Park. 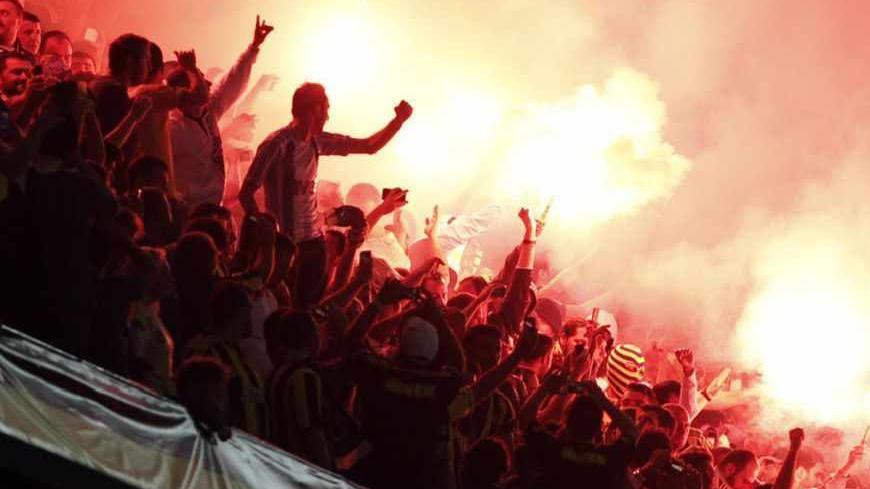 Taking inspiration from the “Arab Spring” label, Western colleagues were quick to name “the Gezi Park uprising” that broke out in Istanbul and instantly spread across Turkey as a “Turkish Spring.” According to Le Monde, “the people were awakening against Erdogan’s authoritarian regime.” It was Istanbul’s white night. The Guardian said the protests were sowing “the seeds of a Turkish spring.” In Russia, Izvestiya said “the Turkish Spring has started in Istanbul,” while Kommersant, also recalling the Arab Spring, highlighted one difference: “While secular regimes were the target of uprisings in Egypt and Tunisia, Turkey’s protesters are demanding the resignation of the Islamist Erdogan.” Germany’s Der Tagesspiegel also opted for the “Turkish spring” label.

The Turkish media hardly heeded the “Turkish spring” description. Let’s set it straight: There is no way to compare Turkey to the Arab regimes that got rid of their dictators. In Turkey, “the people settle scores at the ballot box” is the deep-established political motto that stands in the way of popular rebellion as a means of voicing grievances. The problem in the country stems from the fact that an elected leader, emboldened by the rosy outlook of the economy and the popular support he enjoys, has grown increasingly authoritarian, reducing democracy to a majoritarian rule and imposing his ambitions on others with a mentality that he could do whatever he likes. In the words of Professor Ahmet Insel, Prime Minister Recep Tayyip Erdogan fanned this “uprising of dignity” by calling the protesters “hoodlums.” The revolt certainly has common features with the uprisings in Egypt and Tunisia — especially that apolitical youths with no organizational affiliations took to the streets for the first time to confront the police.

From apolitical fanaticism to pivot of revolt

Other common aspects could be mentioned, but the most striking one is that football fans — the ultras — were at the forefront as a pivotal force. We witnessed the same in Egypt in 2011. The arrival of Al Ahli and Zamalek to the scene swayed the course of the uprising against Hosni Mubarak. When Mubarak’s camel-riding axmen stormed Tahrir Square on Feb. 2, 2011, it was the Ultras Ahlawy who shielded the protesters. Experienced in confronting the police, they galvanized the revolt. The more nationalist and statist Al-Masry club sided with Mubarak, while Al Ahli displayed an oppositional profile. Ultras White Knight, the Zamalek ultras, also took to Tahrir against “the last pharaoh,” alongside Ultras Ahlawy. That Zamalek was the club of the elites and the army could not stop the eruption of the “socialist” core lying deep down in the ultras.

The surprise outburst of Turkey’s football fanatics during the Gezi Park revolt caught everybody off-guard. The fans of archrivals Galatasaray, Fenerbahce and Besiktas came under the spotlight not only for shielding inexperienced protesters but also for the alliances they formed against the police violence. The fans of one club clashed with the police for the fans of another. According to Radikal journalist Hakki Ozdal, solidarity between football clubs in street unrest is not unprecedented. “The solidarity between Fenerbahce and Galatasaray fans goes back to May Day demonstrations in 2007 and 2008, when they jointly confronted police near Taksim Square. They now find it strange that this is regarded as something new. Clashing with police after almost every match, those groups have mastered defense tactics. They have become skilled against the police’s pepper-gas grenades and riot control vehicles, the TOMAs. That’s how they emerged at the forefront of the latest clashes,” Ozdal told Al-Monitor.

Socialist spirit resurfaces from the depths

But who are the ultras? What was it that drew fanatics, perceived as apolitical, right into the eye of a political brawl? According to Ozdal, the prevailing profile among the ultras is represented by “political adolescents, that is, people hailing from leftist-socialist tradition who have lost touch with their political organizations but have not ceased to be political.”

The Besiktas neighborhood, a scene of violent resistance against police, is the main breeding ground of the Carsi Group, the ultras of the Besiktas club. Even though Carsi brings together fans from all social segments, it could be described as a coalition of former members of social-democrat, leftist and communist groups whose ideological backgrounds have faded as they lost their organizational links.

The Carsi label has come to be used across Turkey, but the dominant body in Besiktas’ spectator stands is left-leaning. That’s why they have been influential in various civic events, including demonstrations against the planned nuclear power plants. In the Carsi Group, you might equallyy come across former members of the defunct [far-left] Dev-Sol and Kemalists supporting the main opposition Republican People’s Party (CHP). Carsi is one of the reasons why the Gezi resistance concentrated in Besiktas. The other is that the neighborhood is a CHP stronghold. The common trait of Carsi members is that they are all “worried seculars” opposed to the Justice and Development Party (AKP). Besiktas is a meeting point, a sort of a third path, for vibrant and restless youngsters looking for an alternative other than Galatasaray and Fenerbahce. The fact that Besiktas is a club of more modest means compared to Galatasaray and Fenerbahce appeals to left-leaning youth.

Fenerbahce’s ultras, known traditionally as “statist,” are fractured. The “Young Fenerbahce” group comprises youngsters of rightist and conservative background. When the match-fixing scandal broke two years ago, they took a stance against Fenerbahce President Aziz Yildirim and looked to Erdogan for help. Their pro-government attitude kept them away from the Gezi Park revolt.

It was Fenerbahce’s Outside Left group that joined the revolt. All members of the faction, which is only two-three years old, are former Marxists. During the match-fixing trial, they won respect by mobilizing Fenerbahce fans, using their leftist experience. They have been also at the forefront in various civic actions.

Fenerbahce’s third supporter group, Vamos Bien, is a coalition of leftists and social democrats, among them CHP voters. They saw the match-fixing case as a plot against Fenerbahce and remained loyal to Aziz Yildirim. The fury over the case spurred individual, if not institutional, participation in the latest unrest.

UltrAslan’s shift from left to right

Galatasaray’s UltrAslan group, which also joined the revolt, was formed by middle-class left wingers after the club’s victory in the 2001 UEFA Cup, but was quickly taken over by nationalists and conservatives. Youngsters linked to the [nationalist] Hearths of Ideals and the [Islamist] National Youth Foundation joined hands in defacing the left. Soon afterwards, former leftists set up One Fist, a sort of an underground formation which managed to politicize the stands and overshadow UltrAslan. The group first won kudos in 2006 when Israel entered Lebanon, unfurling a banner that read “Ali Sami Yen [stadium] is a hell, Palestine is a paradise.” It was the same group that booed Erdogan on Jan. 15, 2011 at the inauguration of Galatasaray’s new stadium. UltrAslan initially protested the protesters, but stepped back in the face of a backlash and abandoned its pro-government attitude to adopt an apolitical stance. Yet, it joined the latest anti-AKP revolt, swayed by its secularist-nationalist elements.

The Arab uprising undid many clichés. In Turkey, a country unaccustomed to revolt, the Gezi Park unrest undid even more. The Arab Spring destroyed the walls of fear. In Turkey, the “demonstration phobia” collapsed. The football fanatics, that is, the ultras we had regarded as apolitical, played a major role as they taught the masses how to face up to the pepper gas.