Eight Reasons Why US, Iran Must Manage Syria Crisis

A volatile Middle East makes it even more urgent that the US and Iran work together through the UN Security Council to resolve their disputes over Iran’s nuclear program and Syria. 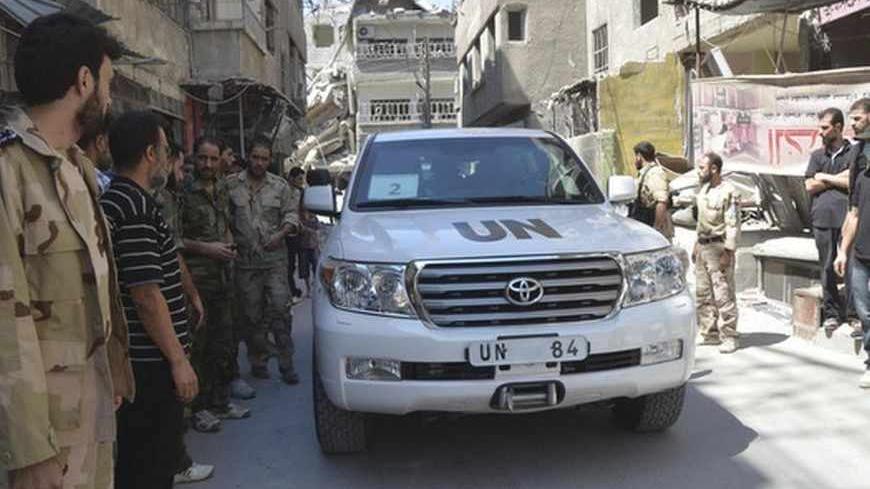 Free Syrian Army fighters and residents gather around a convoy of UN vehicles carrying a team of UN chemical weapons experts at one of the sites of an alleged chemical attack in the Damascus suburb of Zamalka, Aug. 28, 2013. - REUTERS/Bassam Khabieh

The use of chemical weapons in Syria has become one of the top news topics in the international community. The United States has declared that it considers the use of chemical weapons a red line and has suggested that it will earnestly intervene if the Syrian government uses such weapons. However, will this intervention be only a military one, or does Washington have other suitable options?

The recent decisive position of John Kerry has increased the possibility of US involvement in this matter and the current political atmosphere of Washington indicates that the White House is seriously considering the military option. However, the most important element which the decision makers in the White House should consider is what the possible results of a military intervention could be.

The cooperation of the two countries in 2001 regarding Afghanistan, resulting in the fall of the Taliban and al-Qaeda, is a blueprint for a new collaboration. This collaboration should not be limited to Syria. The Middle East requires management for the time, and therefore, crisis management (of this and other crises) would be a useful path for this collaboration.

The collaboration should take place in the framework of the UN Security Council. Iran and the United States can have a constructive and purposeful collaboration within the boundaries of a new plan orchestrated by the UN Security Council in order to save the Middle East from falling into the abyss of civil and sectarian war. Needless to say, Moscow, Beijing, the European Union and the powerful countries in the Middle East must have constructive and efficient roles and presence in this collaboration. This path will facilitate resolving the nuclear crisis of Iran and will open a new door in ending the 33 years of hostilities between Iran and the United States.