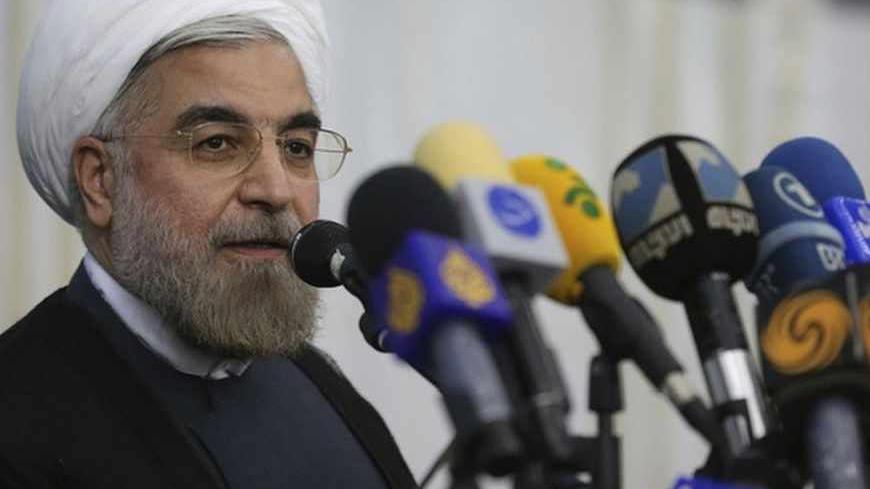 Hassan Rouhani speaks to the media following a visit to the Khomeini mausoleum in Tehran, June 16, 2013. - Reuters/Fars News/Seyed Hassan Mousavi 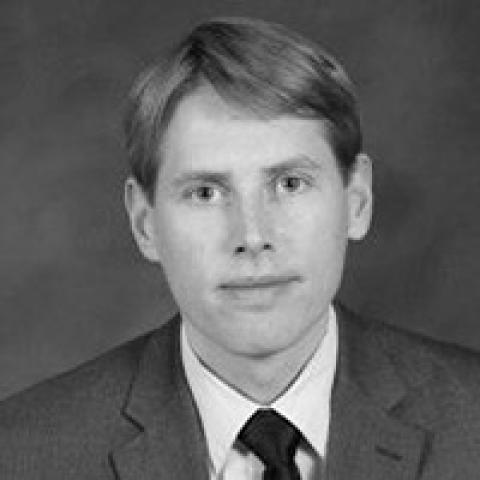 Iranian President Hassan Rouhani presented his final list of cabinet nominees to parliament on Aug. 4, generating a heated discussion about Rouhani’s intentions and his relations with other regime centers of power. While the logical inclination has been to focus on the ministries of Foreign Affairs and Economy, we might also look to the Ministry of Defense for early insight into Rouhani’s relationship with the Islamic Revolutionary Guard Corps (IRGC), one of the regime’s most powerful organizations.

Iran’s Ministry of Defense and Armed Forces Logistics (MODAFL) dominates the state’s global military-industrial complex and plays an integral role in issues in which the IRGC is heavily invested. The United States, European Union and United Nations Security Council have all sanctioned MODAFL and its subsidiaries for their role in Iran’s nuclear and ballistic-missile programs. As recently as December 2012, the United States has also targeted MODAFL for its role in arming President Bashar al-Assad’s regime in Syria.

MODAFL has long been overseen by senior IRGC officials. Former commander of the Quds Force Brig. Gen. Ahmad Vahidi has led the organization since 2009. Vahidi was preceded by Brig. Gen. Mostafa Mohammad Najjar (2005-2009), Ahmadinejad’s second-term interior minister with long-standing ties to the IRGC’s military industry. Before Najjar came the head of the Armed Forces Strategic Studies Center, Maj. Gen. Ali Shamkhani (1997-2005), who rose to prominence as an IRGC commander during the Iran-Iraq War and later concurrently led the IRGC and Artesh navies.

It is not surprising, then, that Rouhani has nominated another senior IRGC commander to lead this key ministry. After reportedly having his initial pick, Hossein Alaei, rejected by the supreme leader, Rouhani selected Brig. Gen. Hossein Dehghan. Dehghan joined the IRGC shortly after the revolution in 1979 and was quickly promoted to command the IRGC’s Tehran unit (1980-1982). He deployed to the Levant in 1982 to lead the IRGC’s Lebanon and Syria contingents, and upon his return to Iran in 1984, resumed command of IRGC forces in Tehran (Sarallah District One) before being appointed the IRGC's air force deputy commander (1986), commander (1990) and, finally, deputy chief of the IRGC Joint Staff (1992).

Dehghan briefly led the IRGC’s Cooperative Foundation beginning in 1996 but became Shamkhani’s deputy in the Ministry of Defense following former president Mohammad Khatami’s election in 1997. Dehghan served six years as Shamkhani’s deputy and one year as his senior adviser. Following his election in 2005, then-president Mahmoud Ahmadinejad appointed Dehghan vice president and head of the Martyr’s Foundation, a position Dehghan held until he was replaced by Masoud Zaribafan in July 2009. Dehghan then rejoined Shamkhani for one year as deputy in the Armed Forces Strategic Studies Center before settling into his current position chairing the Expediency Council’s Political, Defense and Security commission, beginning April 2010.

Dehghan’s IRGC affiliation is clear, but why was he selected over other active IRGC commanders, including current minister Vahidi, who many sources predicted would retain his spot? The answer seems related to three areas of Dehghan’s background. First, and most obviously, Dehghan’s seven years in the Defense Ministry were likely crucial. Rouhani and his advisers have made a concerted effort to nominate officials with relevant experience.

Second, Dehghan’s relationship with Iran’s regional partners and proxies could have given him an advantage. Dehghan commanded IRGC forces in Lebanon and Syria during Hezbollah’s formative years (1982-1984), and led the Martyr’s Foundation during a period in which the organization was actively supporting Iran’s partners in the Levant (2005-2009). The US Treasury sanctioned the Martyr’s Foundation in 2007 for its role in funding Hezbollah, Hamas and Palestinian Islamic Jihad, claiming that senior officials with the foundation were “directly involved” in Hezbollah operations against Israel in the 2006 33-day war. Shortly after his appointment, Dehghan met separately with Assad and Hezbollah leader Hassan Nasrallah, and as recently as May 2009 met senior Lebanese officials in Beirut. At a time when regional conflicts — Syria, in particular — have the potential to dramatically impact Iran’s strategic interests, it is reasonable to conclude that the IRGC and other vested parties prefer a defense minister with established ties to Iran’s core regional allies.

Finally, Dehghan’s position among prominent moderates and traditional conservatives was also likely important to his nomination. Dehghan is a member of Rouhani’s Development and Moderation party, very recently served as adviser to Speaker of Parliament Ali Larijani and Tehran Mayor Mohammad Bagher Qalibaf and, as discussed above, has longstanding ties with Shamkhani. Dehghan also distanced himself from the Ahmadinejad camp when he signed an August 2012 letter along with several other former Ahmadinejad-administration ministers criticizing the president. With Rouhani under extreme pressure to form an inclusive, moderate cabinet, Dehghan provides a viable alternative to hard-line Principlists such as Vahidi or more reform-minded commanders such as Rouhani’s original pick, Alaei.

The extent to which Rouhani was pressured to nominate Dehghan over other potential candidates after his first pick was rejected is unclear. On the surface, however, Dehghan appears to meet the essential criteria prescribed by both Rouhani and his wary rivals for cabinet nominees: He is experienced and does not have extremist political leanings. Unless significant opposition to Dehghan emerges during parliament’s approval process, Rouhani may have recovered from Khamenei’s early interference on this critical pick without disturbing the IRGC’s senior leadership or disappointing his supporters.

Will Fulton is an Iran analyst in Washington, DC. The views expressed are his own. On Twitter: @FultonWill

by Murielle KASPRZAK and Joseph SCHMID | AFP | May 26, 2022
END_OF_DOCUMENT_TOKEN_TO_BE_REPLACED