The commander of Iran's Islamic Revolutionary Guard Corps has made two important changes within its units in Tehran. 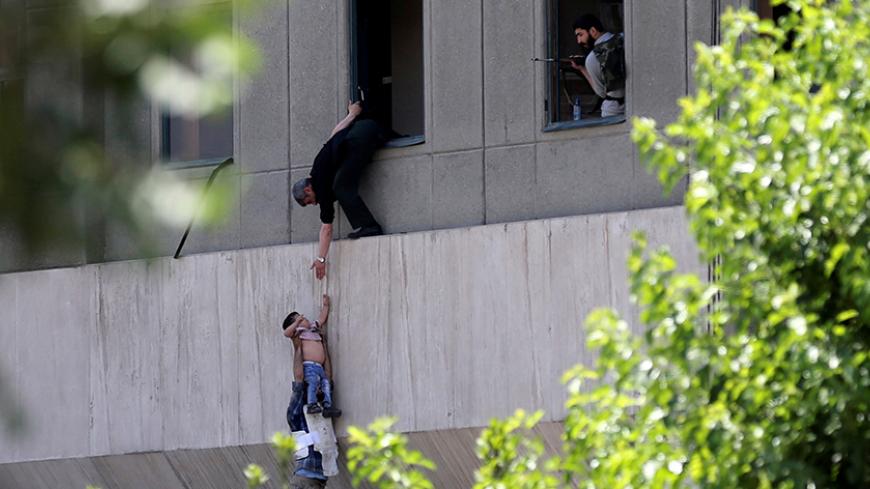 Nearly a month after the Islamic State’s simultaneous attacks on Iran’s parliamentary building and the shrine of the founder of the Islamic Republic, the Islamic Revolutionary Guard Corps (IRGC) has made personnel changes for security and intelligence in Tehran.

The Mohammad Rasulallah Guard Corps is responsible for coordinating activities in Tehran for both the IRGC and the Basij organization.

At the announcement ceremony for Yazdi, Jafari said his term as IRGC commander has been extended by three years. Supreme Leader Ayatollah Ali Khamenei, who is commander in chief of the armed forces, makes the appointments for the IRGC. His office has not yet announced this news, but a number of conservative websites affiliated with the IRGC reported the news.

At the ceremony, Jafari referenced the United States, saying, “We are facing an enemy that only understands the language of force. Therefore, we cannot speak in another language with such an enemy.” To his domestic critics, in particular the Hassan Rouhani administration, Jafari said, “Some want to say that we are opposed to cooperation and are pursuing war. With a loud voice I say that the IRGC is after peace, but peace can only be realized when the enemy, at the beginning of a war, is afraid of us and fears the consequences of a war.” He continued, “Peace cannot come merely through negotiations. If one understands the reality of the dominant powers, they will understand this.”

The IRGC’s economic and political clout in the country has been caught up in partisan politics since the May re-election of Rouhani. Qasem Soleimani, commander of the IRGC’s Quds Force, who rarely enters domestic political fights, spoke up recently in defense of the IRGC. “No one should weaken the IRGC and make it the subject of various attacks,” Soleimani told a gathering of Iran-Iraq War veterans and commanders.

He said, “Without the IRGC there would be no country.” To those who have issues with the way the IRGC is run, Soleimani insisted that their attacks be on the person rather than the institution. “Do not treat the IRGC the way you would treat me, who has faults. The focus should be on me, not the IRGC,” he said.

While Rouhani’s criticisms of the IRGC’s influence were indirect, the response from both Jafari and Soleimani shows they are sensitive to such public criticism. Once Rouhani’s second term begins — the inauguration is Aug. 5 — he will possibly have more ability to take larger steps against the IRGC’s influence, perhaps especially economically. Iranian parliamentarian Elyas Hazrati tweeted July 2 that Rouhani will appoint a new defense minister from among commanders of the army, rather than the IRGC. The current defense minister, Hossein Dehghan, is a former IRGC air force officer.