In Lebanon’s complex, diverse society, religious institutions often take on vocal roles in protecting what they regard as affronts to the sanctity of their beliefs. 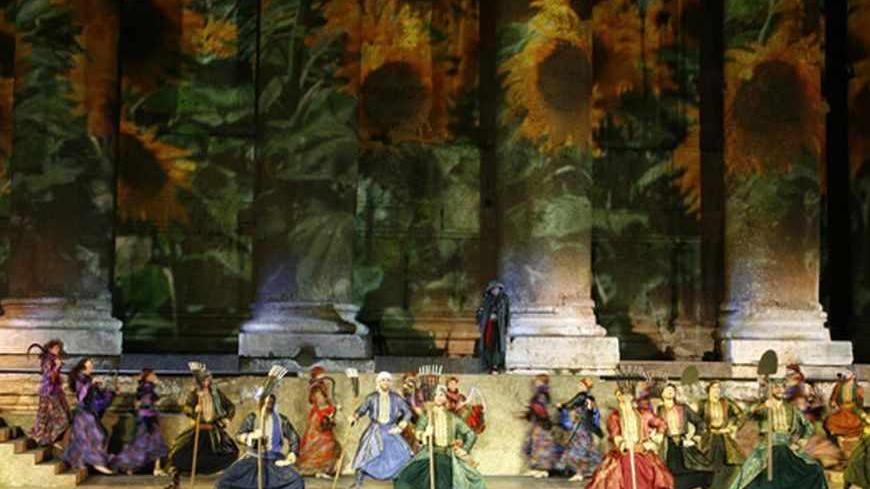 The Caracalla Dance Theater performs a new theatrical production of "The Village," during a dress rehearsal of the Baalbek International Festival in Baalbek, the Bekaa Valley, July 14, 2009. - REUTERS/Ahmed Shalha

In a rare instance of solidarity, the hard-line Association of Muslim Scholars endorsed the Lebanese Orthodox Church’s objection to the presentation of a particular dance performance during the Baalbek International Festival in August, which, due to the war in Syria, has been relocated from the Roman ruins of the City of the Sun in the Bekaa Valley, to a 19th century silk factory in Sid El Baouchriyeh, a suburb north of Beirut.

The church’s objection, voiced by Beirut’s Orthodox priests in the name of Archbishop Elias Audi, came as a result of world-renowned Belgian-Moroccan choreographer Sidi Larbi Cherkaoui’s use of a Byzantine hymn to the Virgin Mary as part of his only performance in the festival. In their letter to the festival’s organizing committee, the priests stated, “Despite our appreciation for your efforts and our support for art and culture in general, we categorically object to the mixing between what is holy and what is artistic, and ask that you refrain from using the hymn that you have chosen during the dance recital.”

It was not long before the Association of Muslim Scholars issued a statement to the effect: We declare our solidarity with the Orthodox Church in its position against this injurious and offensive show, and ask President Michel Suleiman to immediately intervene via the appropriate authorities — among them the General Security Directorate — to halt this offense, in defense of responsible liberty and the Lebanese constitution. This move is reminiscent of the position adopted by the French Catholic magazine La Croix, which, in its own way, backed those who objected to Charlie Hebdo’s caricature of the Prophet Muhammad — harshly criticizing it for publishing the satirical cartoon, despite the fact that most French written media outlets had stood by Hebdo in the face of the campaign unleashed by Muslims who felt affronted by the caricature’s publication in September 2012.

The Orthodox priests’ letter was followed by a Facebook campaign calling for the boycott of the Baalbek International Festival and hinting at the adoption of escalatory measures in protest of the recital.

However, the spokeswoman for the Baalbek Committee, Zeina Sfeir, told Al-Monitor that the Orthodox Church’s position was erroneously based on a television ad that showed a montage of dances with the Byzantine hymn playing in the background. In reality, however, the show will be different. She added that contacts are underway to resolve the issue, and that “we still have a lot of time because the concert is scheduled for Aug. 30.” She expressed confidence that “the cooperation shown by both sides would lead to a positive outcome. We have notified the Orthodox Church of the proper selection of music that will be used on stage.”

She further focused on the splendor of the artwork prepared by Cherkaoui, which reflects the human relationship with stone and encourages profound meditation because it is inspired by the ancient aspirations and spiritual expressions of past civilizations. Also — unlike other dance pieces — it will be accompanied by a live music performance on stage, inspired from areas of the world where Cherkaoui’s works have played. He is now performing in Japan, and it's still uncertain whether he will come to Lebanon or not.

The name of the performance is "Puzzle," and Cherkaoui will once again collaborate with the A Filetta and Kazunari Abe troops as well as the Lebanese artist Fadia Tomb El-Hage. The live stage music will encompass Muslim and Christian religious chants, where Hage will perform the Byzantine hymn to the Virgin Mary, and A Filetta will present traditional Corsican music in a contemporary mold.

Lebanese Christian and Muslim religious institutions sometimes intervene to voice their opinions about artistic presentation, as if they were a censorship authority. This sort of interference always raises indignation on the part of artists, intellectuals and a broad spectrum of the populace. These institutions, like the Association of Muslim Scholars, invoke Article 9 of the constitution, which "guarantees to individuals, whatever their religious allegiance, the respect of their personal status and their religious interests."

These groups ignore the constitution's preamble, which affirms that the Lebanese state abides by “the Universal Declaration of Human Rights, and its Government shall embody these principles in all fields and areas without exception.” They also choose to ignore that "freedom of expression" is "an absolute right, not linked to the feelings or beliefs of others. It is not subject to restrictions, except in cases of incitement to hatred, or calls to harm or kill.”

The Lebanese judiciary, which religious institutions always threaten to resort to, seemed more tolerant than they are on more than one occasion. In a judgment issued in the case brought forward against the artist Marcel Khalife — when he melodized a Quranic verse in the song “Ana Yousuf Ya Abi” (I Am Joseph, O Father) — the court found that “the poem was sung in such a dignified and sober manner that reflected a deep understanding of its human content; while the artist committed, in substance and form, to present it in a way that precluded any abuse or insult to the sanctity of the text and its religious meaning. It therefore does not constitute an affront to religious sanctities nor is it contemptuous toward religion.” 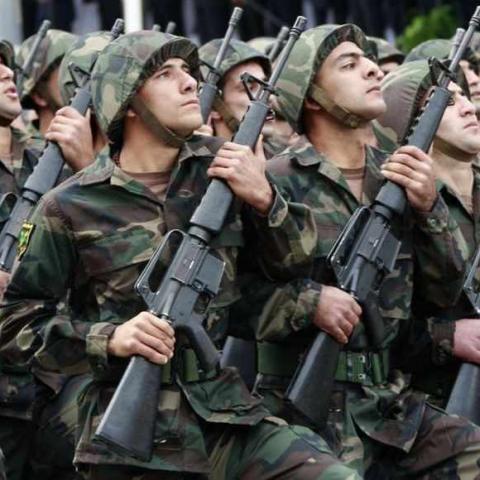