The legislative elections on Sept. 21 could bring new political alliances to the Kurdistan Region of Iraq. 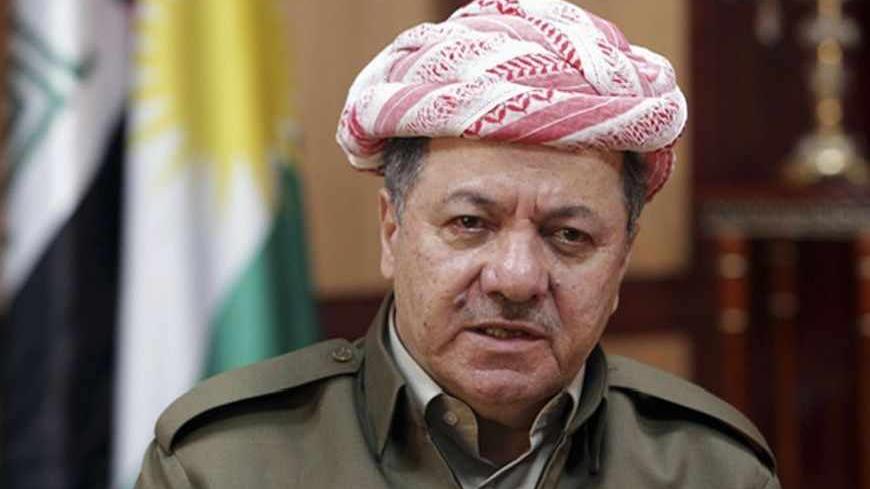 The Independent High Electoral Commission (IHEC) in Iraq announced that the campaign for the legislative elections in Iraqi Kurdistan will start on Aug. 28 and last until Sept. 17. The Sept. 21 legislative elections will be the most crucial elections in the Kurdistan Region of Iraq's history, as it may be a turning point to change the political shape of the next parliament as well as the new government cabinet.

The president of the Kurdistan Regional Government (KRG), Massoud Barzani, announced on May 26 that all three elections — presidential, legislative and provincial — would be held on Sept. 21. According to the Kurdistan Region of Iraq’s parliamentary election law, presidential and legislative elections should be held simultaneously. But soon after this announcement, on June 30, parliament extended Barzani’s term for another two years. Meanwhile, IHEC delayed the provincial elections until Nov. 21.

Although the Patriotic Union of Kurdistan (PUK) — led by Iraq’s President Jalal Talabani — was in favor of postponing legislative elections, opposition parties such as the Change movement, Islamic Union and Islamic Group insisted on holding the elections. However, the PUK is suspicious of the voter rolls —  a parliamentary commission  announced that 177,000 names of deceased voters have not been removed.

In the Sept. 21 legislative election, 2,803,000 are eligible to  vote to send 111 representatives to a fourth parliament.

In comparison with the previous three parliamentary elections, this election is totally different, as it may change the political shape of the region.

The first Iraqi Kurdistan parliamentary election was held on May 19, 1991, in which the two ruling parties — the Kurdistan Democratic Party (KDP), led by Barzani, and the Patriotic Union of Kurdistan (PUK), led by Talabani — each won 50% of the vote. The KPD and PUK formed a cabinet known as "50 by 50," in which they equally distributed power. In 1994, fighting broke out between the two parties, which prevented the region from holding elections until after the fall of Saddam Hussein's dictatorial regime. The second parliamentary elections took place on Jan. 30, 2005. Again, the two ruling parties formed a cabinet. In the third parliamentary election held on July 25, 2009, a strong opposition party emerged and won 25 out of 111 seats. The two ruling parties only won 59 seats combined. The two Islamic opposition parties won 10 seats and announced their opposition.

This history of parliamentarian elections clearly shows the loss of seats of the two ruling parties. Unsurprisingly, they are expected to lose a few more seats as people’s demands have not been met due to corruption and "undemocratic rule" in the KRG.

The following four political scenarios all have the potential of occurring after the elections in September:

KDP and PUK continuation of their agreements

As the KDP and PUK run on separate lists, the destiny of a strategic agreement is unclear.

The KDP and PUK ran in the previous elections as per the accord of their so-called strategic agreement (July 27, 2007), which was based on the Washington agreement (1998).

Over the past eight years, the KDP and PUK have ruled the KRG in a united government. In practice, though, the KRG's KDP and PUK divide the region into two zones, as police and security forces — peshmerga forces — have not been united and PUK members cannot get high-level positions in governmental offices in the KDP zone, and vice versa.

In the upcoming elections, the KDP and PUK will run on separate lists, which may become a turning point for KRG politics.

Shorsh Ismail, PUK’s election foundation chief, told Spee Meedia Magazine in the August 2013 issue that the fourth parliamentary elections "differ considerably" in comparison with previous ones as a result of the parties running independently.

Despite the fact that KDP and PUK leaders have shown their willingness to form a new cabinet together — as became clear when the KDP and PUK political bureaus met on July 4, 2013 — there are a few other political scenarios for forming a new cabinet that may force either the KDP or PUK to be excluded from the government.

In the Mosul provincial election —where Kurds took part in a united list — KDP’s candidates won the majority of the votes, while the PUK only won a few. However, in forming the Mosul province government, the KDP excluded the PUK from all the positions that the united Kurdish list attained. The PUK is now an opposition party in the Mosul local government.

It is not clear whether the KDP and PUK will be able to form a new cabinet together, because the election results may not be in their favor.

A continuation of their agreement is expected, but both parties’ leadership wants a review of the strategic agreement.

The opposition (Gorran, Islamic Union and Islamic Group) and the PUK coalition

As it has become clear that none of the political parties can win a majority in the legislative elections, coalitions are expected between different political party winners.

In September 2012, after a long period of cold relations between the two leaders of the PUK and the Gorran movement, Talabani met Nawsherwan Mustafa in Dabashan, Talabani’s residence in Sulaimaniyah. The meeting resulted in a 180-degree change in PUK and Gorran relations, which many thought could bring PUK and Gorran together in forming a new government. But after Talabani was hospitalized in Germany, the PUK was accused of not committing to its part of the agreement.

Bahroz Galali, PUK’s leadership member and its representative in Ankara, said that Talabani did his best to "bring the PUK and Gorran closer," and that their strained relations will hurt them and they should work together, especially to prevent electoral fraud from happening.

However, currently there is a harsh war of words between opposition parties and the PUK as well as with the KDP, but it seems that the opposition favors the PUK for a coalition government.

The difference between the main opposition party — the Gorran movement — and the KDP and PUK is only 5 seats, which is expected to change to an even smaller number. Gorran is participating in the hope of at least becoming the runner-up in the KRG. Nawshirwan Mustafa, leader of the Change movement, has announced on different occasions that Gorran's second step will be "to seize power."

The other two opposition parties — Islamic Union and Islamic Group, which have 10 seats in parliament — have been actively working with Gorran, and they have been unanimous concerning most decisions on political issues in the KRG. In any case, it seems that opposition parties will be unanimous in participating in a coalition government as well.

If the KDP wins the majority of the votes, the PUK can form a new cabinet with the opposition parties — similar to what happened in Israel’s legislative elections in 2009, when the Kadima Party won the most Knesset seats but Likud formed a new cabinet.

KDP and a coalition of opposition parties

After the Feb. 17, 2011, events in Sulaimaniyah — in which KDP peshmerga forces fired on protesters killing five, and KDP supporters attacked opposition parties’ headquarters in Dahuk and Erbil, setting on fire the Islamic Union and Gorran movement’s headquarters — relations between them worsened.

Relations have not developed much, but a coalition government of KDP and opposition parties is not impossible, as the KDP is expected to keep its strength in Dahuk and Erbil — which cannot be ignored — and in all areas of the government, economy, intelligence and including its peshmerga and security forces.

Aside from all this, the KDP is expected to become closer to the opposition parties after the elections, and to form a new cabinet especially if the PUK does not finish second..

The political situation in Kurdistan needs a radical reform and cannot continue as is right now. People’s demands have not been met. In this regard, the KDP wants some reforms to prevent any new waves of protests that might explode because of people's strong anger, especially that of the new generation.

The three opposition parties are participating in the elections in the hope of an election win. It is not impossible to win, but it will not be easy either.

People's dissatisfaction is felt everywhere and in every part of society, and as a result the new generation is participating in the elections. The opposition parties are trying to increase their votes by playing into the fact that the KDP and PUK have not made any radical changes, the political crises still exist in Kurdistan and corruption has not been tackled.

This last scenario will be one of a coalition government that includes all political parties that can win a parliamentary seat. This is supported by the two ruling parties, but it is far from certain as the opposition parties do not want Iraqi Kurdistan to be without an opposition. Meanwhile, it is difficult for the political parties to agree on a distribution of power and changes in the system.

If the legislative elections on Sept. 21 don’t turn out to be a turning point in Iraqi Kurdistan's politics — meeting the people’s demands as well as the demands of the opposition groups to have honest and democratic elections — the region's destiny will be unclear, as the society’s collected rage is ready to explode.

Kamal Chomani is a Kurdish journalist writing on the political affairs of the Kurdistan Regional Government and covering Kurdish politics in Iraq, Iran, Syria and Turkey for leading impartial Kurdish media outlets. Chomani has had a regular column for The Kurdistan Tribune since 2010. On Twitter: @KamalChomani