Polls suggest that Israeli Arabs feel attached to their country, but their political leaders do little to strengthen that feeling or fight to improve their rights. 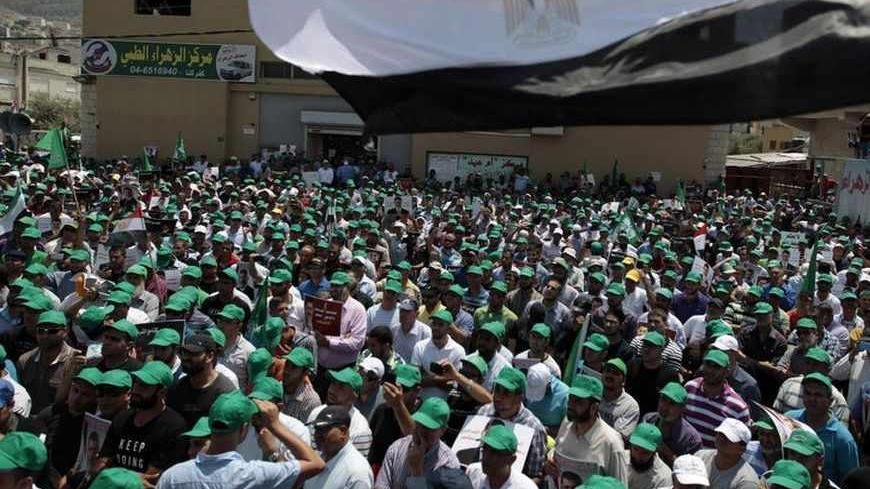 Here’s a question for you: Why hasn’t the Israeli Arab leadership protested the release of Israeli Arab prisoners in the setting of an agreement between Israel and the Palestinian Authority? Do they want the Palestinian Authority to represent their affairs before Israel? The deal that would see the release of Palestinian prisoners as a good-will gesture on the eve of resuming talks and during the talks has been broadly covered, focusing primarily on the justified anguish of those finding it hard to see murderers being freed.

But the debate did not cover extensively the release of Israeli Arabs and did not address the questions as to why Israel agreed to make such a gesture, why the Palestinians demanded it, and why Israeli Arabs seemed to be pleased with it. Equally, it did not address the question why there is not a bold Israeli Arab leadership that would firmly reject this deal, while stating that it is inappropriate for the Palestinian Authority to discuss with Israel the fate of Israeli citizens.

This isn’t the first time that polls point out the vast gap between what Israeli Arabs think and what their representatives in the Knesset are saying they think. So why do they elect those representatives? That’s a big question. Some clearly don’t vote for them, given that the voting percentage among Israeli Arabs is lower compared to the Jewish population. Some vote for other parties, and, yes — some of them do vote for the nonrepresentational leadership that represents them in the Knesset, and even tell pollsters that by and large they are pleased with them. And that’s a shame and also quite strange, because it doesn’t always add up with the other things they say.

A year ago, April-May 2012, when IDI surveyed the position of Israeli Arabs, it turned out that nearly half of them were proud of being “Israelis.” That — of course — is a much lower percentage compared to the proud Jewish Israelis — nearly 90%. Notwithstanding, that’s a relatively high percentage considering the conflict and the relationships between the two populations, and it is unquestionably higher than the number of Arab leaders who are willing to openly declare that they are proud of being Israelis. Alexander Yakobson of the Hebrew University once related how he showed this finding to British journalists who had questioned him about the status of Israeli Arabs. “Do you think that 45% of the Catholic residents of Northern Ireland would agree to say that they are proud of being British?” Yakobson asked. “It’s doubtful that there are 45 such Catholics, let alone 45%,” one of them replied.

According to that poll, more than half of the Arabs in the country by and large believe that Israel is democratic to the right degree (44%) or perhaps even a tad too democratic (8%). Again, this is not a very high percentage, but it’s much higher than what the Arab leadership would have us think. Last week, on July 31, for example, that leadership tried to convince the Israeli public that Israel was on the precipice of disaster because of the decision — necessary or not, but that’s not really the question — to raise the election threshold from two to four percent.

“The coalition is trying to establish a semi-fascist dictatorship here,” Knesset member Mohammad Barakeh asserted no less. Incidentally, the prevailing belief is that the threshold percentage will ultimately be changed gradually, standing at 3% in the next elections. In other words, according to Barakeh’s hysterical statement, shifting from 2% to 3% means a shift from democracy to dictatorship. His Knesset colleagues, including a considerable number of members from the Jewish left, joined him by making statements in a similar vein.

Barakeh and his colleagues from the Arab parties have a vested interest in preserving their clout. In this respect, they are no different from their Jewish counterparts. It would appear that they find it more convenient to preserve that clout by having fragments of parties. This is not necessarily such a big disaster, but the Knesset has nonetheless decided to change the system a bit. Yet the deliberations on changing the election threshold, which focused entirely on Arab representation, missed the main points. Instead of asking what the threshold percentage should be to allow this or that faction to wiggle its way into the parliament, what should have been asked is which one of these factions truly represents the interests of the sector that voted for it. And if that’s the case, how can you reconcile the strange gap between the statements about dictatorship and the relative calmness that emerged from the answers most Arab Israelis provided to questions about the status of democracy in Israel?

So let’s go back to this week’s poll and its most disconcerting finding: About half the Jews in Israel believe that the Arab public should not be allowed to vote in a referendum about an arrangement with the Palestinians, provided such a referendum were held. That is an upsetting, outrageous but mostly troubling response. What this poll suggests — and not for the first time — is that common sense about proper civics among the Jewish population is somewhat dull. To their discredit, it should be said that many of them would rather see the arrangement fail than uphold democratic values.

The political representatives of Israeli Arabs would justly say that a pungent smell of racism rises from this poll; justly – although such an assertion would come without an iota of self-irony and self-criticism. In other words, they would show not even the slightest awareness and would not admit that the Israeli-Arab leadership is part and parcel of the same food chain of bad civics on which Jewish isolationist racism grows. Blatant and litigious Arab Knesset members elevate fear among the majority of Israeli Jews, thereby increasing the percentage of Jews who do not want to give Arabs the vote that would determine the state’s future. Then they use these polls to bewail racism and legitimize another wave of statements, which in turn adds an extra layer of suspicion to the one that already exists in the relationships between Jews and Arabs.

This takes us back to the question of the release from jail of Arab prisoners who are Israeli citizens in the setting of a deal with the Palestinian Authority. Those troubled by displays of racism and Jewish-Arab relationships have two reasons to be concerned by this deal: the first one has to do with the agreement of the government of Israel to let Arab citizens of the state be represented by another entity — an agreement that carries more than a grain of racism as well as an implied admission that the Arabs are not full-fledged citizens, and the second one is the willingness of Arab Israelis to come under such aegis.

For the prisoners and their families, this is a good deal. But when it comes to the Israeli public — Arabs included — it would have been better off to reject the deal at hand, not as a move that keeps peace with the Palestinians away but one that reinforces the relationships between Israeli Jews and Israeli Arabs.

Shmuel Rosner is a Tel Aviv-based columnist, editor and think-tank fellow. He is the senior political editor for the Jewish Journal and writes the daily blog "Rosner's Domain." He writes weekly for The International Herald Tribune and The New York Times. Rosner is a fellow at The Jewish People Policy Institute (JPPI) and the chief nonfiction editor for Israel’s largest publishing house, Kinneret-Zmora-Dvir. On Twitter: @rosnersdomain 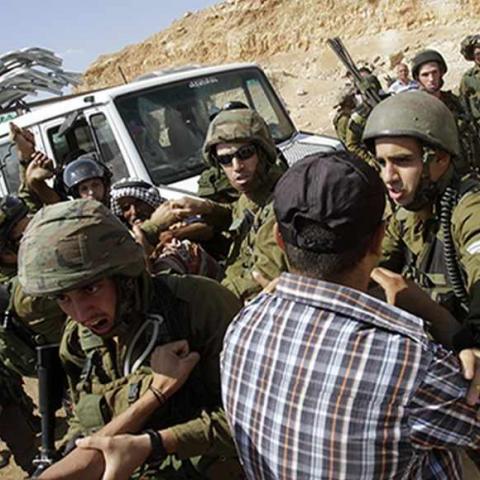 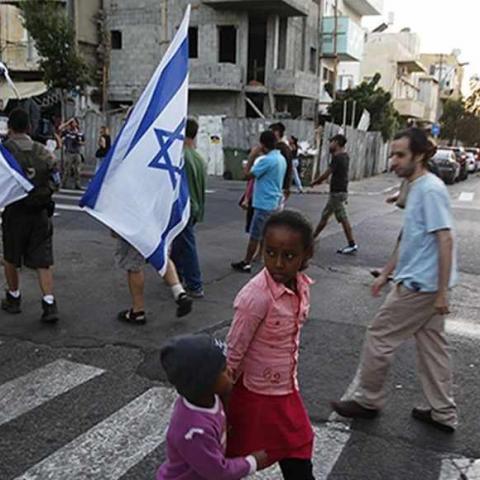