Although there are expectations of a more moderate approach to foreign affairs under Iranian President Hassan Rouhani, Iran's relations with Hezbollah will remain the same. 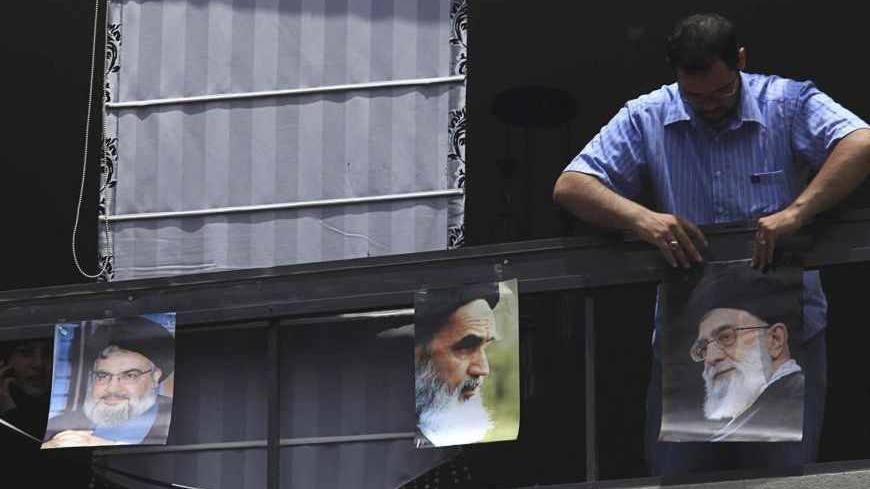 TEHRAN — Hours after Hassan Rouhani assumed office in Iran, news from south Lebanon emerged; four Israeli soldiers were wounded after being ambushed inside Lebanese territory. Both Israel and Hezbollah maintained silence over the attack, as Al-Monitor published on Aug. 9, but sources in Lebanon confirmed that the ambush was newly prepared. Given the organic relationship between Tehran and Hezbollah, several questions were raised on Iran's new leadership's view and its approach toward Hezbollah.

Iranian officials smile when asked about Hezbollah: “Whoever the president is, whoever the ministers are, Hezbollah will still be the same Hezbollah to Iran,” said an official in Tehran on condition of anonymity. The source, an official who has visited Lebanon on several occasions, believes that those who think Iran will change its view and ties with Hezbollah because of presidential change are “either naive or daydreamers — Hezbollah to Iran isn't a card to play with.” The source added, “Hezbollah today is the crown jewel of the resistance bloc; presidential moderation doesn't mean giving up the nation's strengths." According to the source, “Hezbollah is defending the resistance bloc against Israel and the takfiris (radicals) — this means there should be more support for it." The source added that Iran's “main enemy in the region is Israel, and Hezbollah defeated Israel in 2006, and is capable of defeating it once again if a war sparked.”

As for the new government, there are no signs that it has any members who oppose Iran's support for Hezbollah. Rouhani himself is regarded as a hard-liner when it comes to Israel and Iran's relationships with resistance groups.

Rouhani, responding to a message of felicitation from Hezbollah Secretary-General Hassan Nasrallah on his victory in Iran's June 14 presidential election, said: “No doubt, your tireless and dedicated efforts and those of Hezbollah warriors on the scene of resistance promise the decisive victory of the resistant Lebanese and Palestinian nations which has always been supported by the Islamic Republic, over the Zionist regime."

To prove his point, the source asked whether I knew who Iran's defense minister, Hussein Dehgan, is.

Searching on the Internet for Dehgan, Iran's new defense minister, doesn't provide much in the way of results. Al-Monitor’s piece by Will Futon is one of  the few available; he wrote that when Dehgan was only 25 when he was deployed to the Levant to lead the Iranian Revolutionary Guard’s Lebanon and Syria contingents, and that means he helped lay the foundation for Hezbollah, and can be regarded as one of the founding fathers of the group. Dehgan is known for his strong relationship with Nasrallah, and previously with the group’s late Secretary-General Sayyed Abbas Mousawi. He knows them to the extent that he gave an interview to an Iranian website couple of years ago comparing the two men.

"Despite Dehgan's history, Iran's relation with Hezbollah has nothing to do with the government," the source explained. “This is in the hands of the supreme leader solely, he is the supreme leader of Hezbollah, too; they regard him as the leader of the Islamic world and deputy imam, so their relation with him is ideological rather than a relation with a country and this is the detail many doesn't really understand.” When I asked the source to elaborate on this, he said, “Hezbollah believes in wilayat alfaqih (the guardianship of the Muslim jurist) whose authority covers everywhere there are believers in this doctrine, in Iraq, Bahrain, Syria, Lebanon, Pakistan, etcetera, and that's why Hezbollah leadership coordinates directly with the supreme leader and whoever he assigns.”

But what about the latest incident, I asked. “Lebanon has the right to defend itself against Israeli incursions," replied our source, stressing that Tehran welcomes any act of resistance whoever the perpetrator is. “Israel can't go around without accountability, and after this bomb they'll think much more before committing a similar mistake.” He added, "In Palestine, Lebanon, Iraq, and everywhere there is occupation; we'll always support the oppressed, this is part of our moderation, moderation starts from refusing oppression.”